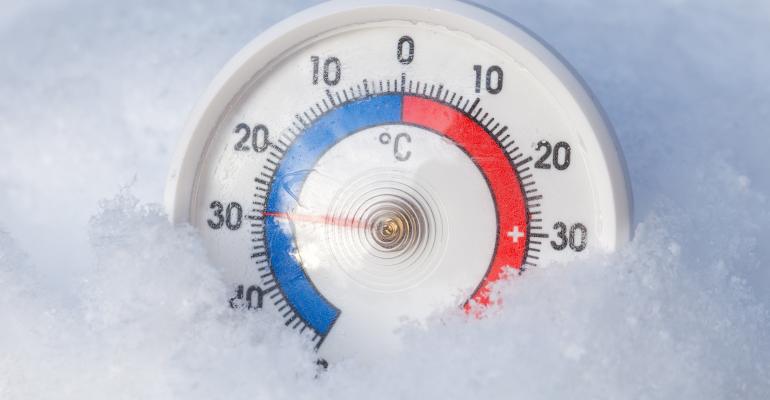 Money has flowed into the economy in a short period of time without sparking inflation or causing real rates to rise and should open the door to more aggressive fiscal action.

(Bloomberg Opinion) -- The collapse in real interest rates to below zero means the U.S. government is being paid to borrow and spend. This is obviously rare, but that doesn’t mean the situation will soon reverse. Absent a low probability event like mass civil unrest or a balance of payments crisis, about the only thing could spur real rates to turn positive would be a massive infrastructure plan by the government.

Now would seem an ideal time for the government to borrow and spend  to fix the nation’s increasingly creaky infrastructure. The World Economic Forum ranks the U.S. 13th in the world in terms of the quality of infrastructure, well behind places like Singapore, Switzerland and Germany. But although there is bi-partisan support for additional infrastructure spending, plans put forth by both Republicans and Democrats are too small to move the needle in terms of boosting economic growth by enough to meaningfully push real interest rates, or those after accounting for inflation, back above zero.

This has enormous implications for financial markets. Declining real rates have been the tail wind behind the 40-year upswing in the stock market. Real rates, especially those at the longer end of the yield curve, are a key factor for investors in determining the appropriate price-to-earnings ratio for equities. In short, the lower the real rate, the higher the ratio investors should be willing to accept. But should real rates rise, asset markets will need to re-price, potentially demolishing popular bets like those on technology stocks, gold and illiquid credit assets.

Although tighter coordination between fiscal and monetary policy coordination make it much easier to pull off a big infrastructure program, I’m betting the government is too timid take advantage of the remarkable opportunity in negative real rates. As a result, I’m sticking with an asset allocation that benefits from real rates staying low or even becoming more negative.

To understand why, recall that when the financial crisis and the economy fell into recession more than a decade ago, the Federal Reserve slashed its policy rate to near zero and proceeded to print money so it could buy U.S. Treasuries and government-backed mortgage bonds. The trillions of dollars that flowed into the financial markets naturally caused asset prices to rise. In short, asset prices were the target of the Fed. The impact to actual economic activity was modest, which is why inflation has stayed so low.

What was missing back then was any continuing, forceful fiscal stimulus. But that’s different now as the government and central bank have worked closely to support the economy during the Covid-19 pandemic. Specifically, the U.S. Treasury Department has borrowed money and put the proceeds into the hands of households. And the Fed is again printing money to indirectly buy the bonds the Treasury is issuing, along with related assets.

The fact that all this money has flowed into the economy in such a short period of time without sparking inflation or causing real rates to rise should, at least conceptually, open the door to more aggressive fiscal action, particularly on infrastructure, which, unlike emergency checks given to households, can be ongoing and a self-reinforcing positive. The Congressional Budget Office estimates a more than 2-to-1 multiplier for money spent on infrastructure to money going in the economy, and trillions of dollars are needed to rebuild America’s aging infrastructure.

But both Republican and Democratic infrastructure plans are too small to make a difference. President Donald Trump wants to spend $1 trillion, while Democratic challenger Joe Biden has proposed a $2 trillion “green investments” plan. To boost growth above its economic potential of about 1.5% a year and match estimates of what is needed to be spent on infrastructure, an investment of around $4 trillion, or close to 20% of gross domestic product, is warranted. For perspective, the U.S. has spent more than $6 trillion in Iraq and Afghanistan, according to Brown University’s Watson Center.

Whether the money that the Fed is printing goes primarily into asset markets or labor and commodity markets (think cement and steel) is important. Inflation is the cost of labor and commodities. A sustained infrastructure spending plan would manufacture inflation. Fed officials would respond by either adjusting their main policy rate higher as unemployment falls and inflation accelerates or the market would do it for them by selling the longer-term bonds, causing yields and, ultimately, borrowing costs to rise. Either way, real interest rates would be likely to increase as well.

If signs emerge of a more meaningful shift in Washington’s thinking, I will boost my cash holdings, which is a simple hedge against a rising real rate. If one has the flexibility, shorting bonds could be even better. But given that Congress can’t agree to further emergency Covid-19 funding and the infrastructure plans as proposed are too small to get the job done, I’m maintaining a long exposure to fixed-income and risky assets. Negative real rates are a rare policy opportunity and I’m betting Congress won’t use it.

To contact the author of this story:
Paul Podolsky at [email protected]