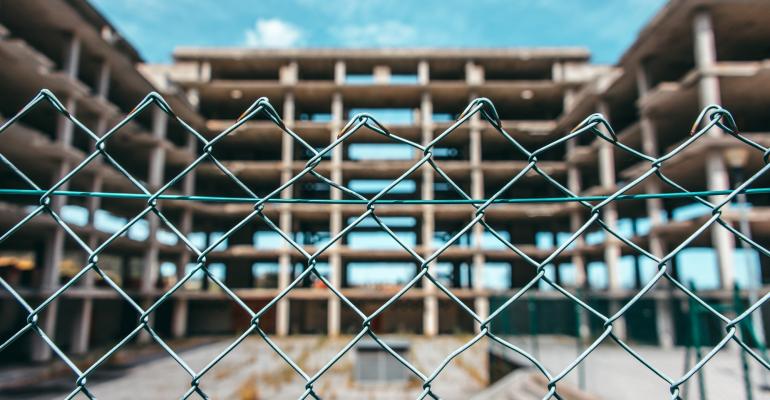 Capital raising for opportunity zone funds slowed in the wake of COVID-19, but managers are seeing an uptick again as market conditions improve.

The 2017 tax reform legislation that created OZs unleashed a frenzy of new funds and groups chasing what was projected to be billions of dollars in fresh investment capital aimed at revitalizing economically distressed communities. Delays in getting clarity on those new tax rules created frustrations and took some of the wind out of the sails in early fundraising. “Things were starting to get some momentum at the beginning of the year. There seemed to be a good pipeline of things coming,” says Stephen Sharkey, a tax partner at DLA Piper who advises clients on tax structuring of OZ projects and funds.

In some cases, fund sponsors were reaching fundraising targets and quickly moving to launch second funds right behind them to capitalize on early success. In March, for example, it was reported that Avanath Capital Management LLC was moving forward with plans to launch a new OZ REIT focused on affordable housing with an IPO that hoped to raise more than $300 million.

Not surprisingly, fundraising has been a lot quieter in the wake of the pandemic. Similar to the broader real estate market, investors have hit the pause button amid the economic downturn, uncertainty related to the recovery and the extent of the impact on distressed assets, property valuations and performance. “That is not to say that there aren’t things happening, but certainly there is nowhere near the same activity,” says Sharkey. Developers are moving forward on their own OZ projects, but new offerings seem to have slowed down considerably, he says.

Yet industry stakeholders appear to be taking the latest challenge in stride. Mountain Pacific Opportunity Partners is one group that has continued to see steady demand from interested investors. “I think if you have a well envisioned project and you are presenting the risks and the rewards appropriately, people are interested in the deal,” says Joan Kramer, co-founder and partner of Mountain Pacific. “If you are not being thoughtful about how COVID might impact this process, or if you are ignoring it, it is tougher,” she says. The firm provides equity for real estate development and opportunistic value add transactions with a focus on projects in OZs.

Mountain Pacific typically focuses on multifamily and seniors housing projects, particularly in markets that have a shortage of housing. For example, the firm is currently raising investor equity for a new multifamily project in Downtown Tempe near Arizona State University. They have spent the last 12 months entitling the land with plans to build 222 units. The COVID-19 economic crisis has prompted Mountain Pacific to do more stress testing rental economics in different markets based on current and future projects on rents. “On a long-term basis, we’re finding that investors are still very interested in this product type,” says Kramer.

The big driver behind inflows into OZs is the tax advantages the investment vehicles offer. The new tax laws allow investors to reduce and defer capital gains taxes when rolling proceeds from the sale of real estate, stocks or a business into a qualifying OZ investment. Secondly, they receive additional incentives to keep that capital invested for the long term. In order to get the full tax benefits—tax-free profits on the new investments—funders need to keep their capital in place for a 10-year hold period.

Volatility on Wall Street and the downturn in the economy has resulted in a mixed bag of both gains and losses. Investors are likely still sorting out tax strategies and assessing their appetite to take advantages of the tax incentives OZs offer. “In this environment, wealthy investors may find other ways to shelter gains,” says Sharkey.

For example, one DLA Piper client had gains from the sale of a business and was thinking of putting it into a single real estate development project structured as an OZ investment. When the pandemic hit, the client opted to sell some of his stock positions to harvest losses to offset gains that otherwise would have been rolled into an OZ and locked into a long-term investment, says Sharkey. Getting investors to commit capital to a 10-year hold also is tougher given the economic uncertainty.

Of note, the White House extended some of the tax deadlines due to COVID-19 related delays, which will give investors more time to take advantage of the tax incentives. According to the National law Review, “First, any investors facing a deadline between April 1, 2020 and December 31, 2020 to invest their qualified capital gains in a qualified opportunity fund (“QOF”) now have until December 31, 2020 to invest those gains. Second, QOFs having a testing date between April 1, 2020 through December 31, 2020 for the requirement that 90 percent of its assets be invested in qualified opportunity zone property, and fail the test, will automatically be granted relief from any penalty.”

Urban Catalyst saw new investment into its OZ fund stall following panic and plummeting values on Wall Street. “When the stock market came back, we saw those investors come back into our pipeline,” says Erik Hayden, founder and managing partner of Urban Catalyst, a real estate equity and OZ fund focused on ground-up development projects in San Jose, Calif. Since its launch in 2019, the fund has raised more than $60 million and still hopes to stay on pace to close out fundraising at the end of the year with a total equity raise of between $125 million and $130 million.

However, the company also has seen a shift in investor profiles along with that returning capital. Before the pandemic, around 70 percent of Urban Catalyst’s investors were coming from investors who had a capital gains event from the sale of stock. Now 90 percent of the new investors coming into the fund in May and June have been from investors who have sold real estate and are looking at OZ investment as an alternative to a 1031 exchange.

Time is on their side

As they work to reignite investor interest, OZ fund sponsors are quick to point to some of the advantages that may be working in their favor in the current climate. The nature of OZs is that they are long term, and they also tend to involve new development. As such, many of the investment opportunities involve projects that are in various stages of development with completions still months, if not years ahead.

In addition, the economic downturn could help to lower construction costs, which would help further boost project returns. For example, Urban Catalyst has identified seven development projects in San Jose for its fund, including two multifamily properties, two office properties, a student housing project and an extended stay business hotel. All of those projects are in pre-development with the first that will likely go to the market to secure construction financing later this fall. Hard construction costs across all seven projects are estimated at $500 million. So, even a slight decrease in labor and/or materials costs would result in substantial savings, notes Hayden. Construction costs in the San Jose market dropped about 20 percent for projects built after 2008, he adds.

One of Urban Catalyst’s projects is The Mark, an 800-bed student housing project that is being built to serve the housing shortage near San Jose State University in Downtown San Jose. The university has conducted studies that estimate that it needs about 6,000 beds to meet the current demand. “We think all of our projects can be a win-win, not just for investors to get returns, but also for the community to get projects that they need and want,” adds Hayden.