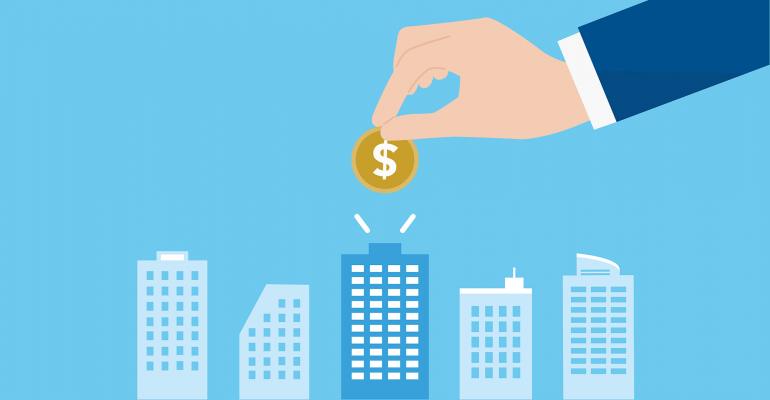 Private equity returns might have hit their peak for this cycle.

One of the most fertile grounds for funds harvesting returns in a world of negative-yielding bonds and expensive public companies -- private equity -- is being swamped.

Historically high valuations for leveraged buyouts has the likes of Morgan Stanley Wealth Management saying the industry has hit its peak after generating a decade of double-digit returns. That’s put the managers of vast pots of Californian retirement savings in a quandary.

“Returns are coming down,” said Elliot Hentov, head of policy research at State Street Global Advisors. “A lot of money is going into that space and we are seeing excess returns shrinking.”

California Public Employees’ Retirement Systems reported its PE portfolio delivered 7.7% in the fiscal year through June 2019, down from 16.1% in the previous period. The pension giant foresaw a future of shrinking private-equity earnings two years ago, when the board cut targeted margins above the FTSE All World All Cap index to 150 basis points from 300 basis points. The $388 billion asset manager has been examining new PE strategies.

“When you have so much liquidity available, naturally the price for illiquidity will come down,” Calpers Chief Investment Officer Ben Meng said.

With so much money flooding the market, the problem is “how to achieve scale in the asset class in a very competitive, illiquid market environment,” Stephen McCourt, co-CEO of consulting firm Meketa Investment Group, told the Calpers board Nov. 18.

That’s left the biggest asset managers turning away a lot of deals even as they struggle to allocate capital earmarked for PE, according to McCourt, who advises Calpers and the California State Teachers’ Retirement System among others.

“We think we have a reached a peak in the private-equity market,” Morgan Stanley Wealth Chief Investment Officer Lisa Shalett wrote in an Oct. 28 note. “Investors tempted to chase the double-digit returns that many earned in private investment vehicles this past decade need to downgrade their expectations. The environment for private investing has gotten tougher.”

Investors can expect annual returns from private-investment funds of less than 10% in the future, below the 20%-plus that many of them delivered in past years, she predicted.

Calstrs chief investment officer Christopher Ailman is uninspired and under-invested. The second-largest U.S. pension had 9.3% of its $242.1 billion of assets in private equity as of Sept. 30, an allocation it plans to raise to 13% eventually. But Ailman is in no rush.

“Everybody is trying to chase what they perceive as the cream of the crop in private equity,” he said in a Bloomberg TV interview in November. “The median private equity portfolio return or GP return is usually actually equal or less than what you can get in public stocks.”

This is borne out by findings from Nicolas Rabener. The managing director of FactorResearch created an index of the smallest small-cap stocks and discovered in research last year that they performed in line with the U.S. Private Equity Index.

Interest in buying the equity and debt of unlisted companies, property and infrastructure has surged as the yields of $12 trillion of bonds globally fall below zero.

JPMorgan Asset Management recently touted such alternatives as a way to offset falling returns faced by traditional fund managers with 60% allocations in equity and 40% in bonds. Its strategists in November upgraded their forecast for private equity investments over a 10-15 year horizon to 8.8% from 8.25%.

And in the Nordic region, a growing number of pension funds are reworking their models to ramp up private-equity allocations.

Yet the reward for buying unlisted and hard-to-sell securities is becoming more elusive as fears over late-cycle economic risks spread.

“Credit conditions are not as good as they used to be and there are so many people in the game,” said the head of private-equity investments. “Valuations have gone through the roof. Returns will have to diminish.”

--With assistance from David Wilson and Neil Denslow.

To contact the reporters on this story: Anchalee Worrachate in London at [email protected];

To contact the editors responsible for this story: Sam Potter at [email protected]