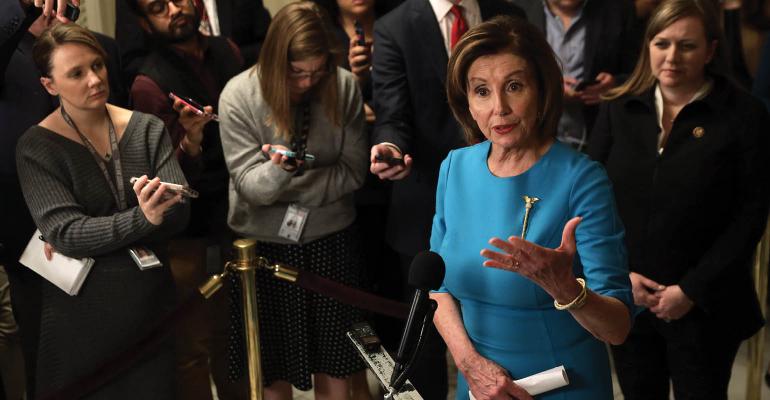 The commercial real estate sector sits at an uncertain place with many assets sitting vacant or underused as tens of millions of Americans are staying home.

Senate Republicans failed in their bid to push through their $1.8 trillion economic stimulus package on Sunday as every Democrat in the chamber voted against measures they cited as being insufficient to protect American workers and too generous for large corporations without the necessary safeguards to prevent the money from being used for stock buybacks and executive compensation.

Senate Democrats also balked at the inclusion of a provision that would give the Treasury Department carte blanche access to $500 billion for loans and aid to businesses without Congress having a say on how those funds would be used.

The vote failed along party lines 47-47 with six Senators missing from the chamber. Five Republican Senators are self-quarantining after Sen. Rand Paul (R-Ky.) announced yesterday that he had tested positive for COVID-19. In addition, Sen. Bernie Sanders (Ind.-Vt.) was absent for the vote.

The gap between the two parties left the fate of the any stimulus to deal with the dramatic economic impacts of COVID-19 in temporary limbo. Senate Majority Leader Mitch McConnell (R-Ky) and Speaker Nancy Pelosi (D-Calif.) are now reportedly pursuing parallel tracks in the different houses of Congress as the two sides struggle to find middle ground.

That leaves the commercial real estate sector at an uncertain place at a time when many assets are now sitting vacant or underused as tens of millions of Americans are staying home under strict “shelter-in-place” measures across the country designed to slow the spread of the virus. Many regional malls are shuttered and hotel occupancy has cratered. Multifamily owners are concerned about tenants’ ability to pay rent in the face of sudden layoffs, furloughs and reduced hours. And while office tenants are still paying rent, many towers sit empty as companies have been directed by state and local governments to compel their employees to work remotely.

Behind the scenes industry trade groups have pled their case for aid in the face of the economic carnage.

Over the weekend, the National Retail Federation was among 90 retail industry trade groups that sent a letter to the White House pushing the Trump administration and Congress to support the industry.

The letter states, “The economic harm from social distancing and mandatory store closures is real. Layoffs and economic hardship will surely follow, particularly for smaller, specialty retailers and brands. The biggest single issue facing the industry right now is liquidity, and federal stimulus efforts must be swift and flexible enough to address the urgent need for access to credit to keep these businesses afloat.”

“There will be tens of millions of job losses in the industry,” Sonia Syngal, the chief executive of Gap Inc., which includes Old Navy, Banana Republic and Athleta told the New York Times. “People don’t understand how deeply fashion — which is often seen as nonessential — is connected to the U.S. economy.” Gap Inc. has 80,000 employees nationwide working in stores alone.

Last week the International Council of Shopping Centers also called on the federal government to intervene.

“The necessary public health and safety actions being taken have required retailers, restaurants, gyms and other service providers to close,” ICSC President and CEO Tom McGee said in a statement. “These closures are placing an insurmountable strain on our members and we believe federal government action is urgently needed. In the most immediate term, we believe the federal government should guarantee or directly pay for business interruption coverage for retailers, restaurants and other tenants as well as landlords. While some companies may have third party insurance, the current crisis is not covered by those policies. This will allow these businesses to continue to pay their employees and suppliers. Most importantly, the nearly $400 billion of state and local taxes the shopping center industry generates to support local communities will continue.”

“The impact to our industry is already more severe than anything we’ve seen before, including September 11th and the great recession of 2008 combined,” Chip Rogers, AHLA president and CEO said in a statement. “The White House and Congress can take urgent action to protect countless jobs, provide relief to our dedicated and hardworking employees, and ensure that our small business operators and franchise owners—who represent more than half of hotels in the country—can keep their doors open.”

Over the weekend AHLA also released a statement supporting the relief bill being discussed in the Senate.

“Without immediate action, millions of workers will soon find themselves out of a job,” Rogers said in a statement. “The CARES Act is a significant step forward and we support the underlying foundation of the legislation. However, we believe three improvements can be made to better support employees and the small businesses that employ them…. We strongly believe that the focus of any economic stimulus package should achieve three results: First, provide direct assistance through enhanced unemployment insurance programs to workers who have been furloughed. Second, allow furloughed employees to keep their employer-sponsored health care. And third, help businesses stay solvent so our furloughed workers have a place of employment to return to once this health crisis subsides. This can be achieved through the Small Business Administration loan.”

Meanwhile, the National Multifamily Housing Council (NMHC) yesterday published some recommendations that it urged apartment firms to consider adopting during the crisis.

Lastly, the Real Estate Roundtable sent a series of letters to government officials and Congress supporting various measures in recent days including the deferral of income tax payments, supporting The Keeping Workers Paid and Employed Act and supporting the broader economic stimulus efforts.