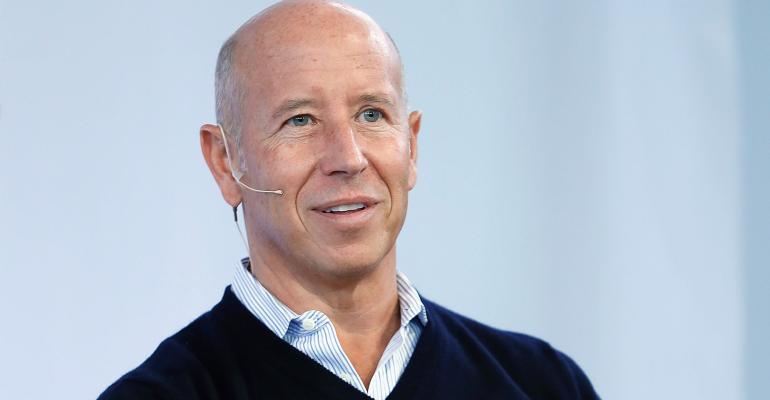 The REIT is looking at selling a portfolio of energy infrastructure loans and commitments acquired from General Electric.

(Bloomberg)—Barry Sternlicht’s Starwood Property Trust Inc. is exploring selling an almost $2 billion portfolio of energy infrastructure loans and commitments mainly acquired from General Electric Co. less than two years ago, according to people with knowledge of the matter.

Starwood is working with an adviser to solicit interest from potential buyers, one of the people said, requesting anonymity because the talks are private. The firm is open to letting some employees move as part of a transaction, the person added.

A spokesman for Greenwich, Connecticut-based Starwood declined to comment.

When the real estate investment trust announced the portfolio’s acquisition in the latter half of 2018, Chairman and Chief Executive Officer Sternlicht said he was searching for ways to diversify beyond Starwood’s focus on commercial real estate.

At the time, the assets included a roughly $2.1 billion portfolio of 51 loans, as well as $400 million of unfunded commitments. By the end of March this year, the pile shrank to $1.6 billion in loans and $300 million in commitments across 34 positions, mostly with U.S. borrowers, according to a May filing. Almost three-quarters of the portfolio is secured by natural gas and generation assets, with the remainder backed by assets such as pipelines and wind farms, the filing shows.

The average loan size is $46 million with an unlevered yield of 6.2%, the filing shows. Most loans are floating-rate and have a weighted average life of 4.8 years.

Starwood’s shares are down 40% this year, closing at $14.82 on Tuesday to give it a $4.2 billion market valuation. Still, that’s up markedly from March, when the spreading coronavirus pandemic sent the price below $9 and prompted Sternlicht to send a memo to shareholders.

“We have been through every subsequent credit and economic crisis and have always emerged stronger,” he wrote that month. “Crises can present unusual opportunities and while we are being prudent and judicious in this uncertain climate, we look forward to deploying our significant financial resources and global footprint to take advantage of market dislocations as they continue to arise.”