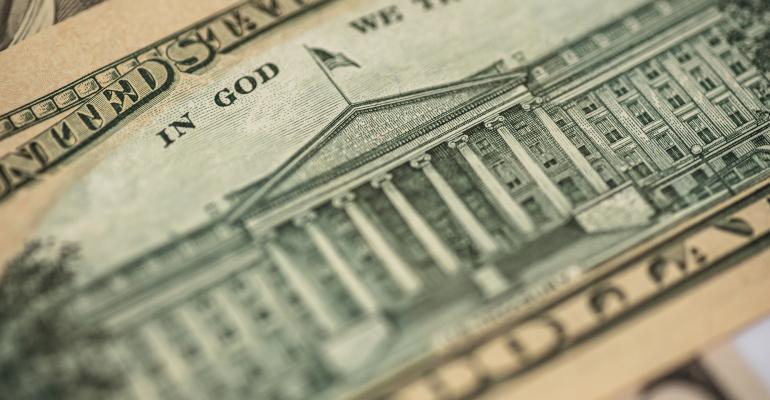 Treasury Market Fired Up to Vault Over Biggest Supply Hurdle Yet

Investors are acting on the growing conviction that the Federal Reserve will skew its bond-buying program to the long end.

(Bloomberg) -- Long-dated bonds are all the rage right now. Luckily there’s no shortage of supply on the way.

The U.S. Treasury will announce its borrowing plans for the next three months this week, with that blueprint expected to show a shift from astronomical bill issuance -- close to $2.5 trillion -- to record sales of notes and bonds. Wall Street seems to agree that the department will lean on the 10-, 20-, and 30-year maturities as it fills an historic funding gap that the pandemic is blowing wider.

These tenors have proven especially popular in recent auctions, leading the past month’s Treasury gains and driving the 10-year yield to a record low close around 0.53% on Friday. Investors are acting on the growing conviction that the Federal Reserve will skew its bond-buying program to the long end as it shifts its focus from emergency market repairs to resuscitating growth. Longer-dated Treasuries are closely bound to the real economy as benchmarks for mortgages and corporate borrowing.

“These things are still getting gobbled up,” said Blake Gwinn, U.S. rates strategist at NatWest Markets, noting that July’s 30-year auction drew a record bid from a group that includes foreign buyers.

The appetite for longer bonds is only intensifying with Congress wrangling over another stimulus package to restore benefits to millions of workers let go as the pandemic swept the U.S.

In another sign of the bond market’s gloomy outlook, 10-year real yields, which strip out inflation, just set a record low around minus 1.03%. And the long bond, at 1.19%, posted its lowest closing level since April.

This week brings the latest numbers on the wreckage of the nation’s labor market. The unemployment rate is projected to have dropped to 10.5% in July, from 11.1% in June, but the harsh reality is that 17 million people remain without work.

The stampede into long-dated debt has left one of the market’s favorite trades in tatters, as the curve steepening that flourished in the wake of the market upheaval in March has unraveled. The gap between five- and 30-year yields has narrowed to 99 basis points, from a 2020 peak close to 130. That trend is likely to persist, said Columbia Threadneedle’s Gene Tannuzzo.

“The likely increase in Fed accommodation will act like a steamroller, gradually flattening the curve as it moves out,” the money manager said.

Against this backdrop, strategists say the Treasury shouldn’t have trouble extending the average length of its borrowing, which has plunged with its reliance on bills. And that’s desirable, as it would limit the risk that the government -- meaning taxpayers -- will face higher interest rates in temporary bouts of market turbulence.

The Treasury will outline its short-term borrowing needs Monday, and will release details of its issuance plan for the August-October period on Aug 5.

Most Wall Street projections see it increasing auction sizes by $2 billion a month in the two- to seven-year segment, and boosting new-issue and reopening sizes by $3 billion in the 10- to 30-year tenors. The new 20-year has met enough demand for the Treasury to ratchet up those auctions as well, according to the majority of strategists surveyed by Bloomberg.

Many of their forecasts for total sales of notes and bonds are above an unprecedented $900 billion, compared with roughly $840 billion in the prior three months. That’s factoring in expectations for another fiscal-stimulus package topping $1 trillion.

Amid the rising tide of debt, Fitch on Friday revised the U.S. outlook to negative “to reflect the ongoing deterioration in the U.S. public finances and the absence of a credible fiscal consolidation plan.” It affirmed the country’s AAA rating.

--With assistance from Elizabeth Stanton.