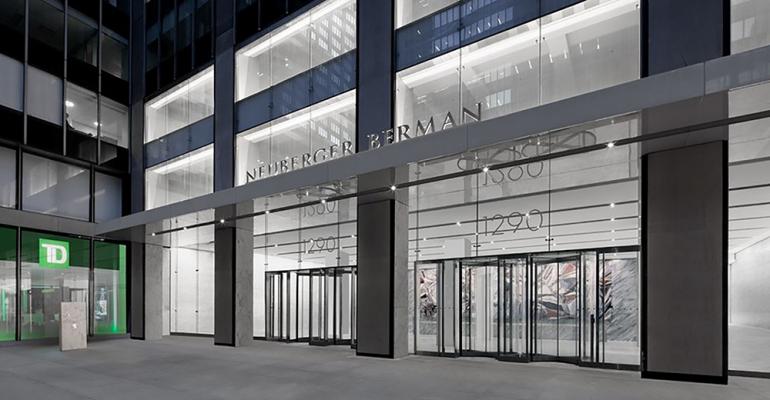 “Given the investor caution, it does not look like we’re going to achieve our original top-tier pricing objective,” Steven Roth told investors.

(Bloomberg)—Vornado Realty Trust is tempering its pricing expectations for trophy office towers in Manhattan and San Francisco that it co-owns with the Trump Organization, citing caution in commercial-property markets.

Since June, the New York landlord has been actively marketing its 70% interest in the properties, at 555 California St. in San Francisco and 1290 Avenue of the Americas in Manhattan.

But it’s a tricky time to sell big assets, especially in New York and San Francisco, two of the priciest office markets in the country, and among the hardest hit by the pandemic. Many companies are rolling out plans to let employees work remotely indefinitely, which could have a long-term impact on future office demand.

“Given the investor caution, it does not look like we’re going to achieve our original top-tier pricing objective,” Vornado Chief Executive Officer Steven Roth said on an earnings call Wednesday.

The Trump Organization owns 30% of the skyscrapers, which generate tens of millions of dollars in cash flow every year. Bloomberg reported in June that Trump may also sell its stakes in the towers.

Even with the uncertainty, Vornado is still pursuing a transaction involving the two buildings, which count Cushman & Wakefield, Microsoft Corp. and Goldman Sachs Group Inc. as tenants. The firm is considering a full or partial sale, joint venture or refinancing, and expects “acceptable values,” Roth said.

Vornado didn’t give pricing details on the towers, but Roth said that the value of 555 California alone has jumped by $1 billion over the past decade. The landlord’s stakes in the two towers could be worth $2.6 billion, according to a previous analysis by Green Street Advisers, a real estate research firm.

Commercial-property deals have slowed to a trickle in the U.S. since March. and many office employees have worked remotely for months with no clarity on when returning to the office might be possible. That’s left investors concerned about the longer-term outlook for office values and demand.

New York’s biggest landlords have been trying to shore up their balance sheets after being hit hard by the pandemic. Vornado and SL Green Realty Corp. have both seen their shares fall by roughly 50% this year, as social-distancing measures have forced most office workers to stay at home and shuttered stores across the city.

While Vornado’s office rent collections held up at 95% in the third quarter, its retail portfolio is struggling. The firm said it lost $409 million in a joint venture for retail properties on Manhattan’s Fifth Avenue and Times Square that adds to the company’s pressure to build up cash reserves.

“Liquefying the value of those assets is an important thing in our future plans,” Roth said, referring to the two towers. “There will be better places to put that cash for growth.”

--With assistance from Caleb Melby and Noah Buhayar.