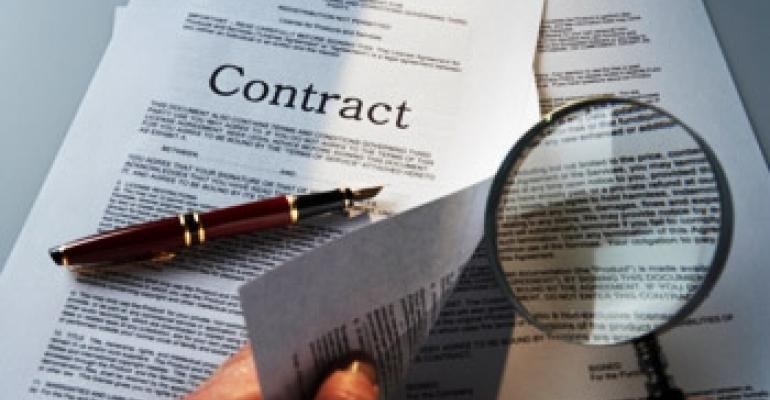 Retailers Are Fighting Back Against CAM Charge Errors

While retailers’ requests for rent concessions have subsided considerably in recent months, they continue to pay close attention to their leases in an effort to cut costs, industry sources say. One area that holds savings potential is common area maintenance (CAM) charges, which can often be miscalculated by the landlord without any ill intent.

At one point in the evolution of shopping centers, CAM charges used to be a fixed expense, says Kenneth Katz, co-founder and principal of Baker Katz, a Houston-based brokerage firm and partner with X Team International, a retail real estate brokerage alliance. However, when landlords started passing increases in operating charges through to tenants, the billing process became more difficult to navigate, creating the need for reconciliation.

Some leases, for example, cap certain CAM charges, while others do not. For example, landlords may have the right to increase CAM charges by a certain percentage every year. In other cases, CAM costs are locked for the duration of a lease. During the boom years, neither side paid much attention to CAM charges. But now that each side is fighting for every extra dollar, many retailers have begun auditing leases on a regular basis to ensure they are not being over-charged, says Katz.

In the past two years, the number of audit requests from retail tenants has increased two- to three-fold, estimates Ed Harris, vice president with Commercial Tenants Services Inc., a New York City-based lease and utility audit specialist. He attributes the increase partly to higher vacancy rates at malls and shopping centers, which have resulted in CAM expenses being shared among a smaller group of tenants. The result is higher costs for every retailer. In addition, existing tenants are more likely to bear the brunt of costs since tenants signing leases in today’s market can negotiate more favorable deal terms.

“Existing tenants appear to be embracing CAM compliance audits to ensure that they are not being improperly charged and that they are being billed in accordance with their own, often heavily negotiated, leases,” Harris says. “So, yes, we have seen that retail sector inquiries are on a sharp rise. And of course, in today’s economy, companies in all sectors are re-embracing their internal cost containment structures.”

In order to be able to perform an audit, however, retailers need to have a lease that explicitly allows them to do so, Katz notes. What’s more, some leases stipulate that audits can only be performed by third parties that get paid regardless of whether they find billing errors. Some auditing firms bill on a percentage basis—they get a portion of the retailers’ savings if they find charges had been inaccurately calculated, but no flat fee.

Retailers also need to be aware that auditing is often a timely process—it takes an average of two months to review one year’s worth of CAM charges, according to Harris. If the retailer doesn’t have all of its files in order or the audit needs to cover several years, the process can stretch on for months and months.

If the billing process turns out to be inaccurate, however, the savings can be considerable, especially for a retailer with a large store fleet. An error that resulted in a $0.50 overcharge per square foot on a 30,000-square-foot space would translate into an extra $15,000 per year, Katz notes. Harris estimates that CTS finds errors in approximately 40 percent of the leases it reviews. The most common ones include a landlord charging for capital expenses which the lease does not allow; too high fees for mall HVAC; and inaccurate calculations on pro-rata percentages.

So far, landlords have tried to cooperate with tenants on audit requests, but Katz has noticed that they are increasingly entertaining the idea of billing CAM charges as a fixed expense once again. Besides being time-consuming, in cases where the landlord is a publicly traded REIT, audits can impact earnings reports from previous years.

“The complexity of reconciling charges can be overwhelming,” Katz says. “It’s a real burden on human resources.”