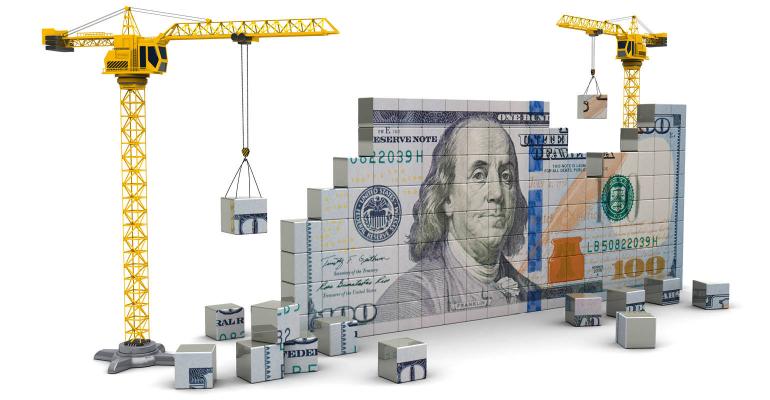 Kessel Stelling, CEO of Synovus Financial, is concerned about lenders taking too much risk on construction loans.

(Bloomberg)—A construction boom in Atlanta, Nashville and Orlando raises concern that some lenders may be taking on too much risk, Synovus Financial Corp.’s top executive said.

“I still have some scars from the last crisis,” Kessel Stelling, chief executive officer since 2010, said in an interview at Bloomberg’s Atlanta office. “We lived to tell about it. I want to be sure we live to tell about it again.”

Columbus, Georgia-based Synovus, which operates in five states, repaid $968 million in funds to the Treasury Department in 2013, becoming one of the last large banks to rid itself of the stigma of the Troubled Asset Relief Program in the wake of the 2007-2009 recession that brought the bank close to collapse.

The company’s loan growth in the Southeast was hurt last quarter in part because commercial real estate borrowers prepaid loans when they sold properties to take advantage of elevated valuations. At a recent event in Orlando, Stelling said he was taken aback by the exuberance among real estate developers.

“They were smiling so much it made me nervous,” Stelling said. “When developers are that happy, I want to look a little more carefully at what we are doing.”

In one case, a competitor who Stelling wouldn’t name made a 10-year loan to a business at a 3% fixed rate, which could be an unprofitable bet if interest rates rise.

“Some of the competition we have seen, both banks and nonbanks, have been offering both terms and rates that we don’t think make sense for Synovus,” he said. While the competition is at a high rate everywhere, “Florida is worse than Atlanta, very competitive there.”

Stelling is a member of the Federal Reserve Bank of Atlanta’s board of directors, who advised President Raphael Bostic that they opposed an interest rate cut in October. Bostic cited the board’s advice in his opposition to the rate cut. Stelling declined to comment on the discussions, other than to say Bostic seeks board input.

While the executive says it’s not clear the Southeast is heading to overbuilding, and local economies continue to grow, Synovus wants to be “very disciplined” in refusing deals that don’t meet its standards, he said.

“Anytime you see cranes everywhere, you want to be sure,” Stelling said. “You see that in Atlanta, you see that in Nashville, you see it in Orlando. It makes you very observant and cautious, yes.”

Moreover, the overall U.S. economy is in its 11th year of expansion, historically “late cycle,” though there are not signs of any imminent recession, he said.

While credit losses would be harmful over the long term, taking too conservative of a posture would mean missing near-term opportunities. Synovus, for example, pulled back from financing apartments in Nashville in the past two to three years, though it turned out the fast-growing market has been able to absorb new building, Stelling said.

Stelling is also taking a cautious approach to acquisitions. Besides its home state, the bank operates in Florida, Alabama, Tennessee and South Carolina. While it would be natural to expand in certain markets where its presence is not large, and consider North Carolina in the future, Synovus sees no urgency to do deals, even though the regulatory scrutiny of purchases could be tougher after the next presidential election.

“We don’t think it’s wise to do a transaction while your stock is at a discount,” he said. “There are always opportunities out there. There will be opportunities in December, in 2020, 2021, 2022.”

--With assistance from Michael Sasso, Margaret Newkirk and Brian Welcher.

To contact the reporter on this story: Steve Matthews in Atlanta at smatthews@bloomberg.net.

To contact the editors responsible for this story: Anita Sharpe at asharpe6@bloomberg.net