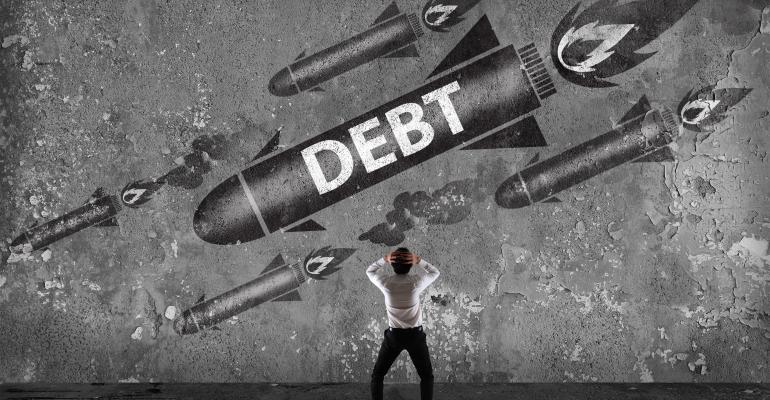 Borrowers are taking advantage of the crowded debt fund space to find some pretty sweet deals on short-term bridge loans.

Competition has heated up in the past six months on financing transitional assets that have a renovation plan or a value-add component, especially those that have in-place cash flow.

Everyone is racing to get the best deals, which has pushed down spreads significantly, says Richard Katzenstein, senior vice president and national director at Marcus & Millichap Capital Corp. in New York City. For example, bridge loans on transitional properties that were being quoted at 450-500 basis points over Libor a few years ago are now being quoted at 225 basis points to 300 basis points over Libor today. “Even though they’re doing loans without excessive leverage and without crazy underwriting, there is that competition in pricing,” he says.

The heightened competition is the result of simple supply and demand economics. It is difficult to pinpoint exactly how many debt funds are out there chasing deals as many are raised privately. However, Katzenstein estimates that there are between 115 and 120 debt funds that have been active over the past couple of years.

In addition to slashing rates, some debt funds are willing to go higher on leverage and there is some softening in covenants. “What we’re seeing is that lenders are starting to cut corners and chase riskier deals, and they’re doing that because they have to meet these yields that they are promising investors,” says Katzenstein.

That is not to say that all debt funds are stretching to win deals. Generally, the established funds are holding firm on lending standards. “Those that have discipline are going to sit on the sidelines and not come in and play this race to the bottom,” says Katzenstein. The pool of debt fund bidders also tends to shrink on bigger deals, valued at $50 million and above. So, the large debt funds like a Blackstone or Starwood are not facing the same competition and aggressive bidding.

The most crowded segment of the market is debt funds that are doing short-term, bridge loans for transitional assets that do have existing cash flow in place versus ground-up construction. “Our team is probably getting 10 to 20 requests per day on loans, and a lot of the deals don’t make sense,” says Schiff. “What we’re trying to do is invest around the edges where there is less competition.”

Mosaic is focused on doing deals that are about $40 million in size and will lend on larger deals with its co-investment partners. The firm is also leveraging the expertise of its team to work on more complex deals where there is less competition. For example, Mosaic recently participated in a $212.2 million mortgage to finance construction of a new hotel and rentable private villas at SilverRock Resort and Residences, a golf resort in California’s Coachella Valley.

However, some debt funds are stretching and trying to get creative in places where there may be a little less competition in order to place capital. Competition, along with stability of land prices, has led a growing number of debt funds to enter the market of high-margin construction and land financing, notes Ronen. “We’re just seeing a widening of the lending parameters on the part of the debt funds, especially when it comes to construction lending and land loans, which traditionally have not been a debt fund business,” he says.

The one area where there is still a void in the market is on financing retail projects. Everyone is still scared of non-grocery anchored retail, although some groups are starting to look at retail loans more opportunistically as a way to get higher yields, adds Ronen.

The aggressive lending climate is likely going to lead to some shake-out with attrition of debt funds that either can’t compete or end up making bad loans. “We’re definitely seeing things get funded that I would never fund,” says Schiff. For example, the borrower may not have enough experience, or a project is too speculative. “When you do things that don’t make sense, there will be some negative outcomes to that. So, you’re going to see some negative stories on busted projects,” she adds.

Some private equity funds are shifting their attention from investing to lending, which is only adding to competition. “There isn’t going to be enough deals to put all this money out that they’re raising,” says Ronen. “So, I think there is going to be a deterioration in underwriting to get deals done.”

However, even with the increased competition, lending is not nearly as frothy as it was in the pre-crisis era, when deals were getting done at 95 to 98 percent of cost at Libor+350, says Ronen. In addition, the level of interest drops off to perhaps two or three groups on the more difficult deals. “So, it’s not like you have everybody doing everything, which is the way it was pre-crash,” he says. In addition, debt funds still have to answer to their investors, and in some cases, banks that are providing the credit facilities to do deals.