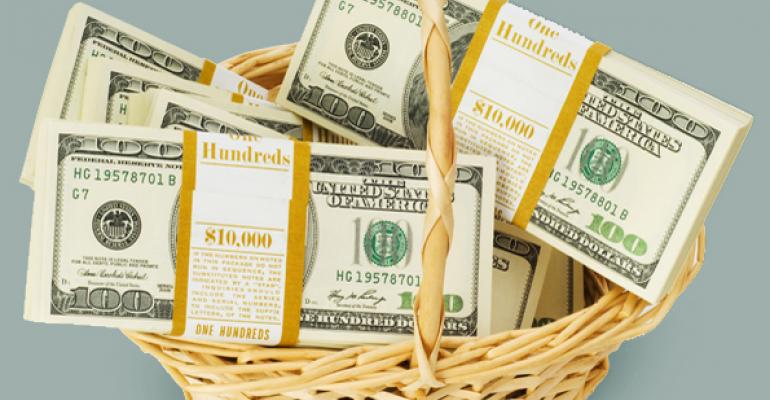 Some underwriting standards across the board have being tightened up as lenders begin to finance deals again.

One big difference: lenders have new requirements for debt service reserves. Pre-COVID-19, reserves were not required on stabilized assets and generally only used to reduce risk on properties in transition, such as major rehabs or redevelopments. Now debt service reserves ranging between six and 18 months are a standard requirement on new commercial and multifamily mortgages—even those backed by the GSEs.

“Across the spectrum, you’re seeing borrowers being asked to produce higher cash reserves. Some of the underwriting standards across the board are also being tightened up,” says Lonnie Hendry Jr., MSRE, vice president, CRE Product Management at Trepp. Metrics being used to evaluate the underlying collateral, loan-to-value ratios, debt yields and debt service coverage ratios are all being underwritten more conservatively, he says.

The amount of those reserves depends on the sector, as well as the individual circumstances of the loan, quality of the asset and strength of the borrower. In addition to up-front reserves on principal and interest payments, lenders are requiring an additional six to 12 months of tax and insurance escrow reserves. The extra reserves effectively help to create an added buffer to risks. “What lenders are trying to do is still be open for business, still keep the market liquid and transactions occurring, but just protect their prospective interests,” says Hendry.

Lenders had a similar response in 2008 and 2009. The challenge then was that there was no liquidity in the market. That’s not the case this time. Credit markets are still functioning, there is still capital available and borrowers who have cash available for acquisitions, he says. Part of the challenge instead is the uncertainty of knowing how long the pandemic will disrupt the economy, he adds.

How and when those debt service reserves are released also are very tailored to individual lenders and loans, adds Jeffrey Erxleben, executive vice president and regional managing director at NorthMarq in Dallas. “Generally speaking, if there is a trailing runway of between three and six months of consistent performance, the debt service reserve gets released back to the borrower,” he says.

Increased caution is not surprising amid the surge in forbearance requests and concerns about increasing delinquencies. In addition, the pipeline of new loan production is thin. Transaction volume is down and there are still a lot of lenders on the sidelines. Although data from the Mortgage Bankers Association shows a 2 percent decline in commercial and multifamily mortgage originations in first quarter, that number is expected to drop further in second quarter.

Lending that has reopened up is very different than it was pre-COVID-19. It is more conservative, and lenders are cherry picking what they want to do, says Jonathan Hakakha, co-founder and managing director of Quantum Capital Partners.

In addition to increasing reserve requirements, lenders have pulled back on leverage and raised debt service coverage ratios. Those levels vary depending on the lender and the individual deals. For example, Fannie and Freddie have been fairly unaffected in terms of leverage and debit yields, while the max LTVs being offered in the CMBS market are about 65 percent with at most an 8 percent debt yield, notes Hakakha. Large balance life companies are being very selective and are offering LTVs of 60 percent or less and 10+ percent debt yields. “The majority of banks are on the sidelines, although there are smaller regional banks and credit unions still transacting,” he says.

The question that everyone is wrestling with is how to underwrite assets and project property performance and rent growth in such an uncertain climate. The answer to that is going to be very dependent on the asset, geography and strength of the borrower. The spigot for hotel loans is generally closed. Retail loans are getting done on a very limited basis, primarily grocery-anchored centers. For the more stabilized asset classes, such as industrial, multifamily and office, lenders are taking a close look at the last two months of rent collections and income to get a baseline for underwriting.

Lenders want to know what collections look like, which tenants are paying, which aren’t and what the future exposure looks like for rent delinquencies. Lenders now have post-COVID data on rent collections for April and May with June collections just around the corner. So, lenders are getting a better picture into who is paying their rent and who isn’t.

Lenders also are scrutinizing the strength of the sponsor more carefully to get an idea of their liquidity, as well as the risk exposure in that sponsor’s broader portfolio that could strain liquidity. Although understanding the borrower has always been a focus, there is more scrutiny on how borrowers have been impacted by COVID and a bigger mandate from the lender’s side to understand the full picture on a borrower. “For the lenders who are lending, new loans really have to fit that box, says Hakakha.

Potentially, the additional reserves could impact borrower purchasing power as it effectively reduces leverage, which can impact immediate returns. That also could contribute to some bid-ask gap on pricing depending on where properties sit in a negotiation, says Erxleben. However, rates on fixed and floating rate debt have continued to compress following an initial spike in March, which is lowering costs for borrowers. “Even if the lender spread is higher, the overall rate to the borrower is lower versus pre-COVID,” says Erxleben. “We’re seeing that specifically on multifamily and industrial and selectively on office and retail, although it is very lender driven at the end of the day.”

Another question is  how negotiated sale prices hold up to lender underwriting and appraiser assessment of property values. In a typical market where a buyer and seller agree on a sale price, the value of that property also needs to be vetted by the lender to determine the loan amount. “If the lender or appraiser don’t know how to underwrite the deal, or if there is not enough identifiable information available at this point to determine what the impact is, are they going to err on the side of caution? Are they going to be very conservative in the appraisal and underwriting to the point that it starts to kill deals, or is the market going to function to keep deals moving?” says Hendry. So, it remains to be seen whether or not deals under contract for sale will be able to cross the finish line, he adds.