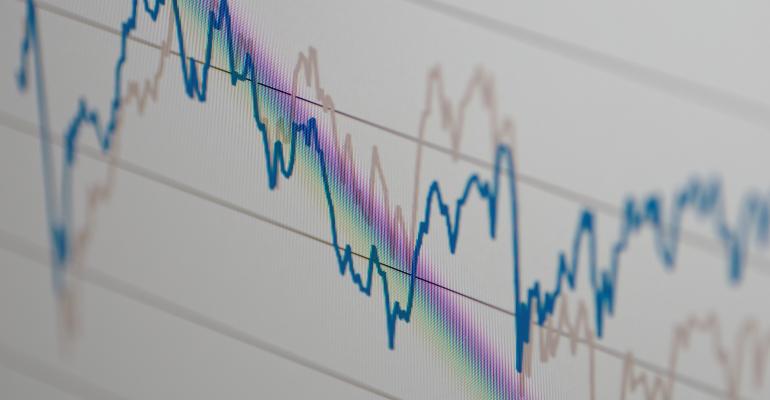 Across the Asia Pacific region, central banks were acting to tame markets with mixed success.

The Reserve Bank of Australia and the Bank of Japan offered to buy the equivalent of almost $10 billion in debt on Monday. New Zealand’s embrace of quantitative easing sent its benchmark 10-year yield dropping more than 50 basis points at one stage.

In Europe, the extra dollar liquidity being provided by so-called swaplines with the Federal Reserve also showed signs of working, with demand plummeting Monday. European banks’ bids for dollars fell to $736 million, compared with a total of $130 billion last week. That was the biggest amount since the financial crisis.

While credit markets globally are seeing the worst sell-off since the global financial crisis, the measures by central banks in Asia are curbing the worst of the rout in sovereign debt. Investors have been dumping almost all assets in favor of the dollar as the coronavirus pandemic worsens, leading to wild swings in even Treasuries and other government bonds.

The Reserve Bank of Australia’s pledge to spend as much as A$4 billion ($2.3 billion) buying government debt, the second day of its quantitative easing program, sent the nation’s 10-year bond yield tumbling as much as 28 basis points.

Bond bulls also piled into New Zealand debt after its central bank said it would purchase up to NZ$30 billion ($17 billion) of sovereign bonds over the next 12 months. The program will begin this week with NZ$500 million of purchases.

Across the region, central banks were acting to tame markets with mixed success

The RBA has pumped in more than A$40 billion so far this month through repurchase agreements, pushing liquidity in the system to records. As a result, the spread between repo rates and overnight index swaps has compressed to the tightest levels of the year.

At 2.5 trillion yen, unscheduled bond purchases by the BOJ this month are already the highest since it introduced the yield-curve control in 2016. In Europe, Germany’s 10-year bond yield fell seven basis points to -0.39%. Data for the European Central Bank’s purchases last week is due later Monday.

“Central banks around the world see the provision of funds as more effective right now than cutting rates,” said Shuichi Ohsaki, chief rates strategist at Bank of America Merrill Lynch in Tokyo. “The BOJ on its part is conducting funding operations to ensure yields will not rise.”

--With assistance from Stephen Spratt and John Ainger.

To contact the reporter on this story:
Chikako Mogi in Tokyo at [email protected]

To contact the editors responsible for this story:
Tan Hwee Ann at [email protected]
Michael Hunter