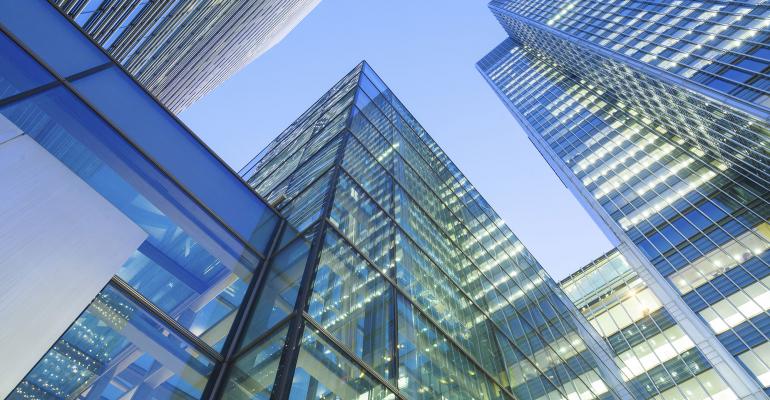 CRE-CLOs Continue to Mount a Comeback

Part of what is driving volume are high levels of liquidity propelled by demand from investors who are interested in acquired short term paper.

They’re back! The market for commercial real estate collateralized loan obligations (CRE-CLOs) evaporated in the wake of the financial crisis. For years volumes in this part of the market chugged along with low levels of activity. But that all changed in 2018 with volume reaching nearly $14 billion, according to Commercial Mortgage Alert. And then 2020 topped that figure with more than $19 billion.

But that doesn’t mean originators are over their skis, as they were in the last cycle. Pros say today’s offerings are not the risky collateralized debt obligations (CDOs) of old that were around pre-recession. “The product class is more conservative across the board,” says Brent Wagner, managing director, Capital Markets at ACORE Capital. “Advance rates are lower, and the collateral is relatively ‘light’ value-add versus more complex collateral from more than a decade ago where it was harder to figure out what was going into those issuances,” he adds.

ACORE Capital has not gone down the path of CRE-CLO issuance. “So far, we have found pretty attractive alternatives with our A-note or first mortgage sales or repo loans away from the CRE-CLO space, but we are keeping our ear to the ground and watching the market and its growth,” says Wagner.

There are some key differences to the newer CRE-CLO structure and the pre-recession CDOs. The CRE-CLO securitizations that have been issued since 2012 have been solely backed by first lien, whole loans and A-notes on direct commercial real estate interests. In addition, issuers are required to keep some skin in the game by retaining some of the bonds. CDOs that were issued from 2004 to 2008 were typically backed by different asset types that included securities. Some pools also included subordinate debt, such as mezzanine and B-notes. According to Commercial Mortgage Alert, CRE-CDOs issuance dropped to $283 million last year, which is a fraction of its pre-recession peak of $39 billion in 2017.

Part of what is driving volume are high levels of liquidity propelled by demand from investors who are interested in acquired short term paper. That certainly fits the niche for CRE-CLOs, which are typically backed by assets with short-term loans. In addition, pricing has become more competitive, which is driving more activity on behalf of issuers. In particular, CLOs can represent a lower cost capital source for debt funds and other alternative lenders looking to fund bridge loans compared to a bank warehouse loan or line of credit.

For debt funds that are doing bridge loans, CRE-CLOs represent another financing lever to pull along with other options such as A-note sales, first mortgage sales, repo lines, note-on-note financing and other ways to structure cross pools of senior debt to drive down cost of capital. For some, it is a little easier to take $500 million or $1 billion in collateral to the CRE-CLO and get it financed in one large transaction.

Toorak Capital Partners is an active securitization participant with one issuance in 2018 and two in 2019 for a combined issued notes volume just under $800 million. “We expect to be a regular issuer going forward,” says John Beacham, CEO of Toorak Capital Partners. Those past issuances were a combination of residential and multifamily bridge loans. Toorak is in the process of evaluating whether to separate out its multifamily bridge loans versus combining them with residential as it has done in the past. If that is the case, that multifamily issuance would be done in the CRE-CLO market.

One of the downsides to the CLO market is lack of flexibility. Eligibility rules govern what types of loans can go into a pool once it is set up. Another negative to CLOs is that there are a lot of issuance costs. That being said, as loans pay off, they can be replaced with new loans to keep the CLO going for a longer period of time. “If we did that on a static pool, that would be pretty expensive,” says Beacham. “Replacing those initial loans with new loans means that we can basically amortize that upfront cost over a longer period of time.”

It also is notable that there are more CLO issuance transactions that are revolving and have a bigger reinvestment component. In fact, more than half of transactions issued last year were reinvestment transactions, notes Deryk Meherik, senior vice president, Structured Finance at Moody’s Investors Service. Essentially, loans in the pool are revolving out either because they are maturing or being pre-paid. “What that brings is a challenge of finding new loans to replace loans that have paid off and be put into the pool within that reinvestment period,” he says. There doesn’t seem to be any shortage of replacement loans to keep pools fully invested, but that could be something to watch in the future, he adds.