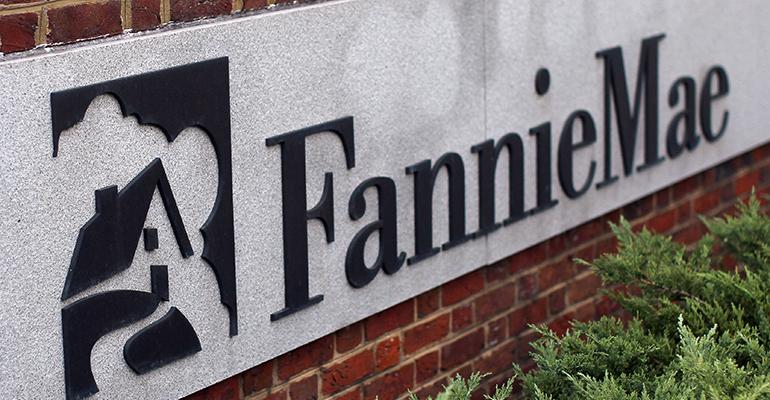 A U.S. District Judge said the government’s seizure of all mortgage companies’ profits in January 2013 to recapture taxpayer-funded bailout money might have constituted a breach of faith.

(Bloomberg)—Fannie Mae and Freddie Mac investors still have a sliver of hope that the government might be forced to return some money it got from the seizure of all the mortgage companies’ profits as they recovered from the 2008 fiscal crisis.

U.S. District Judge Royce Lamberth in Washington on Friday threw out most of the investors’ claims but said the so-called net-worth sweep by the government might be a breach of good faith. Challenges to the sweep in other courts have failed.

Fannie Mae and Freddie Mac, or “government-sponsored enterprises,” provide housing-market liquidity by buying mortgages, then bundling them into securities on which they guarantee payments of principal and interest.

They’ve been under the control of the Federal Housing Finance Agency since being bailed out during the 2008 crisis. The net worth sweep implemented in January 2013 allowed the U.S. to recapture all of the $187 billion in taxpayer money it spent to stave off their failure, and more, by claiming nearly all of the companies’ profits in the form of dividends paid directly to the Treasury, ultimately leaving shareholders with nothing.

The unilateral change in the bailout contracts enabled the Treasury department “to reap enormous benefits in exchange for no new investment,” and was enacted just as Fannie Mae and Freddie Mac were about to achieve sustained profitability, he said.

The U.S. asserted it implemented the sweep to avoid the prospect of the GSEs drawing money from the Treasury to pay annual 10 percent dividends.

Lamberth had previously dismissed the case, only to have a U.S. appeals court reverse parts of his decision and return the case to him for further proceedings. In addition to rejecting breach-of-contract claims, the judge also tossed claims the FHFA had breached its fiduciary duties as the GSEs’ conservator.

The FHFA declined to comment on the court’s decision.