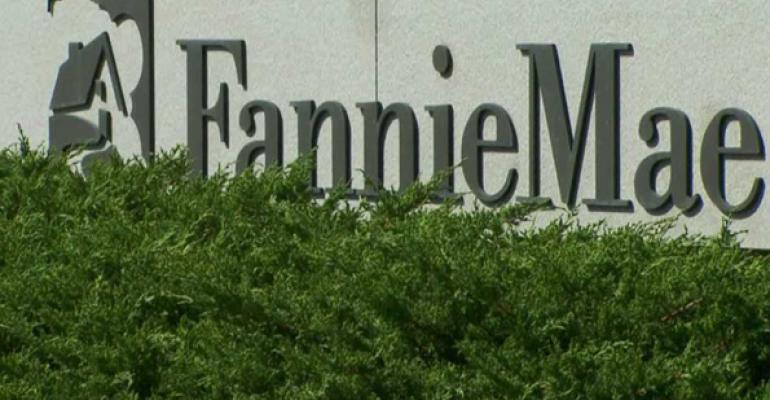 That’s a big change from just a month ago, when the mortgage giants were hiking up interest rate spreads in a frantic attempt to stay under the limits set for them by federal regulators. The interest rates offered by Freddie Mac and Fannie Mae lenders were once again competitive by the first week of October 2019.

However, multifamily borrowers still face some uncertainty on how the new federal caps will work in practice. The higher caps might not seem as high as they do today as interest rates drop more borrowers look for low interest financing. The new caps also cover an unconventional time span—a year and a quarter—that might make it difficult for the GSEs to set the right pace for themselves.

“There is going to be a lot of demand for debt,” says David Borsos, vice president of capital markets for the National Multifamily Housing Council (NMHC), an industry association based in Washington, D.C.

As of October 4, Freddie Mac and Fannie Mae charged interest rates fixed at 180 to 210 basis points over the yield on 10-year Treasury bonds for typical apartment loans covering up to 80 percent of the value of the properties, with a debt service coverage ratio of more than 1.20x, according to real estate services firm CBRE.

“Spreads are down 30 to 40 basis points in the last three weeks,” says Katzenstein.

Earlier this year, Freddie Mac and Fannie Mae kept their interest rates relatively high even as long-term interest rates fell throughout the rest of the U.S. economy. Lenders charged interest rates fixed at 220 to 240 basis points over the yield on 10-year Treasury bonds for typical apartment loans, Katzenstein notes. Relatively high rates made GSE loans less attractive, and made it more likely the GSEs would stay under the lending limits set by FHFA for 2018.

In early October, Freddie Mac and Fannie Mae continued to offer interest rates as much as 40 basis points lower to properties that qualify as affordable housing, according to CBRE data. That makes sense—the new caps explicitly require the GSEs to make sure 37.5 percent of the volume of loans they buy are for qualified affordable housing properties.

The apartment lending business is growing quickly because of falling interest rates. If the end of this year ends up being particularly busy for lenders, the GSEs could burn too quickly through the $100 billion that each have to last them through the end of 2020.

Two of those five quarters between October 1 and the end of 2020 will be during the end of the year, typically the busiest time for apartment lending. In 2018, the GSEs did roughly a third of their lending in the fourth quarter.

Borrowers are now expected to take out a total of $390 billion in loans on apartment properties in 2020. That’s up from $359 billion in 2018, according to a forecast released in September by the Mortgage Bankers Association, an industry trade group.