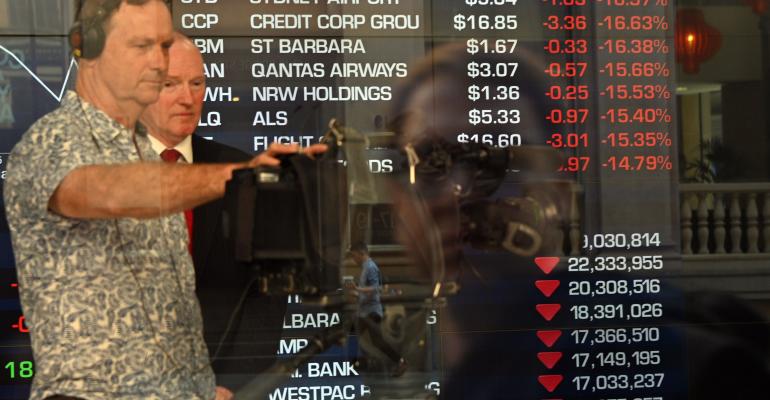 Historic Low Yields Back in Sight After Volatility Vanquished

There’s a critical mass of market forces weighing in favor of lower yields.

(Bloomberg) -- The Treasury market may have steadied from its craziest swings, but it’s way too soon to say the fearful trade that pushed yields to historic lows last month is done.

Emergency central-bank action to calm financial markets has crushed rates volatility faster than at any point since 2009. But investors don’t expect that to spell the end of the rallies in government bonds. In the U.S., the apex of infections from the pandemic may be weeks away, if not longer, and the disease is demolishing the strongest labor market in generations, with over 10 million Americans applying for unemployment benefits in the last two weeks. This week is forecast to bring 5 million additional filings.

The 10-year yield, at 0.59%, just had its lowest weekly close ever. Bank of America Corp. and BMO Capital Markets strategists are among those saying it’s probably poised to retest its March 9 all-time intraday low of 0.31%. There’s a critical mass of market forces weighing in favor of lower yields: The economic wreckage of business closures is only just beginning to show, stocks are still slumping and the Federal Reserve is swallowing up hundreds of billions of Treasuries each week as part of stimulus efforts.

“I’m not in a position yet to say this market is wildly overvalued, because the largest buyer in the world has an unlimited appetite for them,” said Michael Kushma, chief investment officer of global fixed income at Morgan Stanley Investment Management. “Our view is don’t stand in the way.”

That said, Kushma and money managers including Pacific Investment Management Co. aren’t necessarily taking bigger positions in Treasuries, which have earned more than 8% this year through April 2, according to a Bloomberg Barclays index. A basket of the longest maturities has earned about 24%. The rebound underway in high-quality corporate bond markets has made those securities more appealing than government debt for some investors.

It’s still a widely held view that Treasuries are likely to avoid joining the world’s pile of negative-yielding debt, now at about $10 trillion, at least as long as the Fed maintains its resistance to driving its policy rate below zero. BMO and BofA reckon the 10-year Treasury has a floor around the Fed’s target rate of 0-0.25%.

After all, the market still has to absorb an onslaught of supply as the Treasury ramps up borrowing to pay for the $2 trillion economic-relief package. The expected surge in supply begins this week, with auctions of three-, 10- and 30-year securities that will be larger than last month’s, and the Fed continuing to shrink the daily amount of Treasuries it’s buying. It will be purchasing $50 billion per day, down from $60 billion at the end of last week.

Investors may not be daunted by the swelling supply, with the combined firepower of the world’s central banks trained on keeping long-term rates low. The Fed’s unlimited asset-purchase program has already swollen its balance sheet to a record approaching $6 trillion.

Kushma reckons fear-induced rallies could take the 10-year to 0.3% and the 30-year to roughly half of its current level of roughly 1.2%. Social distancing directives are only just starting to take effect in some parts of the country, and where they’re already in place, there’s no sign that they’ll be lifted anytime soon.

Chris Dillon, a multi-sector portfolio specialist at T. Rowe Price Associates Inc., says he’s focused on the pace of the virus’s spread in the U.S. more than any economic data in the coming weeks.

“Anything to do with testing and possible vaccines, these are data points that are primary for us,” he said.