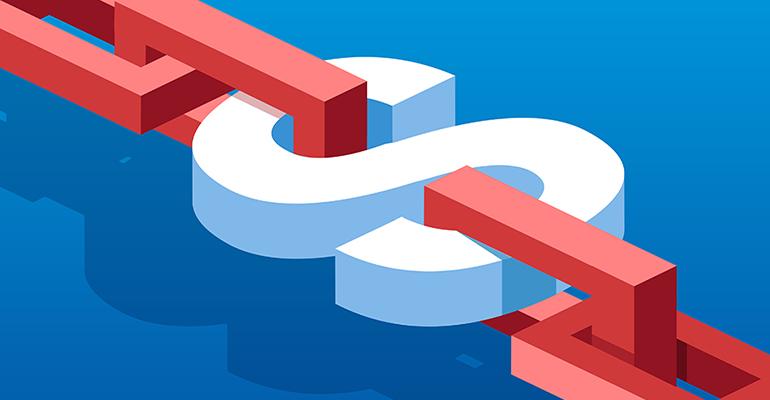 Bridge lenders are fighting for elbow room in what has become a very liquid and highly competitive marketplace.

“There is an abundance of capital available for bridge loans,” says Joe Franzetti, senior vice president, capital markets, at financing solutions provider Berkadia. Berkadia estimates that there are about 90 different organizations that say they are actively doing bridge loans. “That is just a staggering number. There are plenty of folks who want to lend on a transitional real estate play,” Franzetti notes.

Capital is coming from a variety of sources that are lending using all types of strategies, from opportunistic and value-add to more conservative core and core-plus projects. Some groups are using bridge loans as a feeder pipeline into their permanent lending business. Another driver behind the inflow of funds involves rising interest rates and a bigger investor appetite for commercial real estate collateralized loan obligations (CRE-CLO) tranches.

Fixed-income investors and large bond fund managers are buying CRE-CLOs, which is creating a permanent term financing tool for bridge lenders, notes Felix Gutnikov, a principal and executive vice president of origination at Thorofare Capital, a loan origination and servicing company. “We believe that this year there is going to be an increase in bridge lending activity that is fueled by a white-hot CRE-CLO market,” he says.

CRE-CLOs are primarily floating-rate loans. “In the CMBS world, the same bond managers are buying debt at a fixed return, whereas on floating-rate loans they get to pick up more revenue as interest rates increase. So it is much more attractive in a rising interest rate environment,” says Gutnikov. Last year, there were 17 CRE-CLO deals from 12 different issuers that totaled $7.37 billion, according to Commercial Mortgage Alert, an industry newsletter. Gutnikov expects about 20 debt funds and mortgage REITs to execute a CRE-CLO this year.

Competition for bridge loans is heating up as deal flow is slowing. The bid-ask gap between buyers and sellers is contributing to a decline in transaction volume. Lower deal flow coupled with more liquidity is driving down spreads even as short-term rates have increased.

Last year there was a search for the pricing floor for bridge loans. People were surprised at where spreads were compressing, and in 2018 pricing expectations have been reset, says Gutnikov. Spreads have compressed by about 75 to 125 basis points in the past year. For example, a bridge loan for a cash-flowing renovation loan on an apartment property could have been done in the fall of 2016 at LIBOR +500 basis points and now that rate is around LIBOR +375, notes Gutnikov.

Non-regulated lenders are competing on risk by either going further up on the capital stack with higher leverage, or pushing the numbers a bit on underwriting. “I hate to say the word loosening, but it has become a little more aggressive,” says David Eyzenberg, president of the New York City-based investment banking firm Eyzenberg & Co. No one is assuming that rents are doubling or tripling, but some lenders are more optimistic when underwriting rent growth, he adds.

Some bridge lenders are also willing to provide cash-out for borrowers. Eyzenberg has seen a couple of recent situations where project rehabs have taken longer than expected, and the borrowers wanted to do a small cash-out on the improvements and value that had been created. Historically, most lenders say “absolutely not.” However, there are a few lenders who are now agreeing to provide a cash-out on a limited amount, he says.

Eyzenberg is out in the market right now looking to secure a $29 million bridge loan on the repositioning of a multifamily property where the lender will also provide a cash-out for the sponsor prior to the sponsor completing the business plan. He is working to secure a new bridge loan that will take out the original bank loan and give the sponsor some dollars off the table as they finish up their strategy for repositioning the asset. “That is emblematic of lenders’ willingness to compete on risk vs. pricing in the bridge loan market,” he says.

Banks are also adding to the fray by competing for some of that bridge loan business. The traditional bridge lender is a non-recourse lender. Banks and credits unions are coming in with the same proceeds and term as a bridge loan, only packaging it as a short-term recourse loan. Because of the recourse, they are able to offer reduced pricing. For example, a bridge loan might be 350 or 450 basis points over LIBOR compared to a bank loan that might be 100 basis points cheaper, notes Eyzenberg.

That being said, banks are wary of the regulatory oversight on commercial real estate loans, and they are being highly selective. In most cases, they are focusing on light renovations and cosmetic work rather than major rehab and repositioning projects.

“They are generally more stable situations that are done at lower leverage points than debt funds are doing, and their pricing is certainly lower than the debt funds,” notes Franzetti. In addition, a few life companies are getting into bridge lending. However, they tend to be very conservative on leverage and the deals they are willing to do, he adds.

The competitive marketplace is forcing bridge lenders to find ways to differentiate themselves. Some are focusing on a particular niche, such as distressed assets, or developing expertise around a certain type or size of deal. Competition might also push some debt funds to expand into construction lending or preferred equity as an alternative to place capital.

“So I think the evolution or transformation of some of these debt funds into something different in terms of business strategy is what we are going to find in 2018,” says Franzetti. “At some point, I would assume that there also will be some shake-out, because I don’t think there’s enough demand to keep 90 folks happy.”