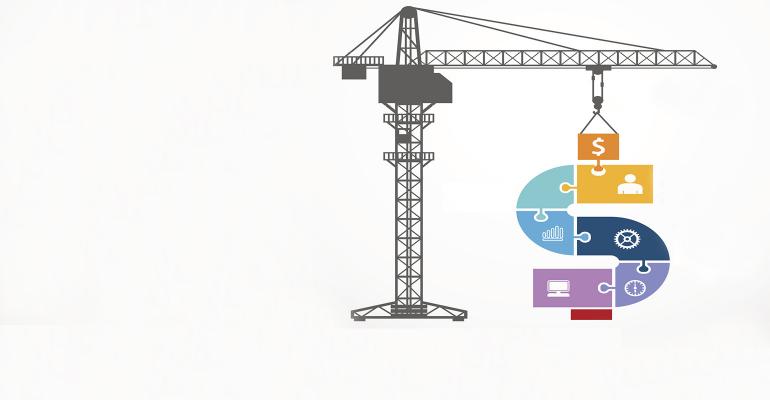 Is It Possible to Get Construction Financing for Retail in Today’s Environment?

Banks, debt funds and life insurance companies are willing to lend on retail projects, but the projects needs all the “bells and whistles.”

Giant mall REITS Kimco Realty Corp. and Simon Property Group are investing hundreds of millions, if not billions of dollars, in development and redevelopment plays, including adding mixed-use elements to their centers to lure new tenants and shoppers.

Many of these projects are self-financed.

But what about construction financing for other types of retail projects in this challenging environment as thousands of stores close across the United States. Who’s lending for retail construction and at what terms?

According to capital markets experts, there’s plenty of capital available for qualified borrowers with plans for retail developments; but not just any project will do. Lenders look at a borrower’s performance history, the type of development, the location, pre-leasing efforts and retailers’ credit.

“What kind of reputation do they have in the retail market? Because in today’s environment, the sponsors that are getting deals done have very strong track records and tenant relationships,” says Sunny Sajnani, a principal and director at Metropolitan Capital Advisors (MCA), a commercial real estate finance intermediary.

The good news is lenders are willing to finance retail construction, including banks, debt funds and life companies. However, they’re more selective in their underwriting, so retail borrowers must present the “right deal.”

Densely populated areas where infill opportunities are available remain very attractive. On the flip side are single-tenant developments for dollar stores, auto-parts retailers and smaller grocers like Aldi.

DesRochers has lined up construction financing for 30-plus Dollar General stores.

“These types of retailers have longer leases—15 years with options—and the local community banks love them because it’s low-risk lending, the leverage isn’t completely insane on them, and buyers are generally 1031 buyers,” he notes. “There’s little or nothing they need to do with regard to maintenance and upkeep. They’re almost on auto pilot.”

How much capital is out there?

“It‘s all deal-specific,” says Sajnani. “We’re very specific and careful on the type of transactions we will take on. Retail that’s getting done today revolves around the best sponsors. Sponsors that have really strong tenant relationships and a track record of delivering retail historically, and in today’s environment.”

MCA also looks at the sponsor’s platform and whether they’re vertically integrated through management, leasing and construction.

The other major aspect in financing a retail development is pre-leasing, which translates to lower perceived risk.

“In the environment today when you’re doing development or redevelopment, specifically retail, lenders and equity want to see a substantial amount of pre-leasing,” Sajnani notes.

The preferred pre-leasing ratio depends on the circumstances, including the guarantees that developers are willing to offer and whether it’s in a “market that’s a no-brainer,” for example.

“There’s not really a definite, ‘Hey here’s the pre-leasing hurdle we have to hit, or this is the loan-to-cost you have to hit,’” Sajnani says.

But pre-leasing is a must because it tells you you’re in a strong market and with a developer that can deliver and execute that project, he notes.

Next, the credit of the tenants comes into play. That includes the size of the tenants and the percentage of income for each tenant compared to the overall development.

“You have to look at the credit of those tenants, and the size of the space they’re leasing, because tenants are taking smaller spaces today because of their ability to do online sales. We look at those types of metrics,” Sajnani says.

MCA also looks at how the tenants are performing at other locations in the market.

Who’s lending and for what type of deals?

The majority of construction lending for retail is coming from the banks, DesRochers notes. “Those banks can vary from the local and regional banks up to the large, national money center banks, depending upon who the borrower is and what type of credit profile the sponsor has,” Sajnani says.

The leverage ratio depends on the guarantees that the sponsor is willing to provide.

“It depends on the risk profile of the specific borrower at the end of the day,” Sajnani says.

MCA represented a developer that wouldn’t sign a guarantee, but had completed very substantial pre-leasing at the project, so MCA placed a loan with a national bank at 55 percent loan-to-cost. “That was a pretty low loan-to-cost,” Sajnani notes.

The firm worked on a similar project that had a high pre-leasing hurdle with a sponsor that was willing to sign a guarantee, and that project received financing at 75 percent loan-to-cost.

While each deal is different, experts agree that most lenders are typically financing retail deals at 65 to 75 percent loan-to-value (LTV). “That’s the strike zone,” Sajnani says.

In some cases, new development that can demonstrate strong pre-leasing may get 80 percent LTV for a construction loan. “We have gone all the way up to 75 to 80 percent when we have all of the bells and whistles to play with.”

Life companies will do construction financing, but they’re not very active in the retail space, Sajnani notes. They will, however, finance some solid grocery-anchored or Target- anchored type deals, but it has to be a project in a core market with a very stable borrower.

Lenders are currently very selective regarding who they lend to in the retail development space.

“That’s why  as an intermediary, we will only take on assignments where we feel they’re executable in the credit markets, and the ones that can get done are the ones that have strong track records and strong balance sheets on the sponsor side, and then on the property side, ones that have heavy, heavy pre-leasing,” Sajnani says.

The banks are more conservative across all property sectors than during the last cycle and have been somewhat disciplined in their lending practices. This being late in the cycle, Sajnani says they’re pulling back on construction in general.

“When you see these new developments and site plans of new projects, you’re starting to see the line-up of the ‘who’s who’ of who is growing and who is strong and who has strong credit and has survived,” Sajnani adds. “The new developments are getting done with the best tenants.”