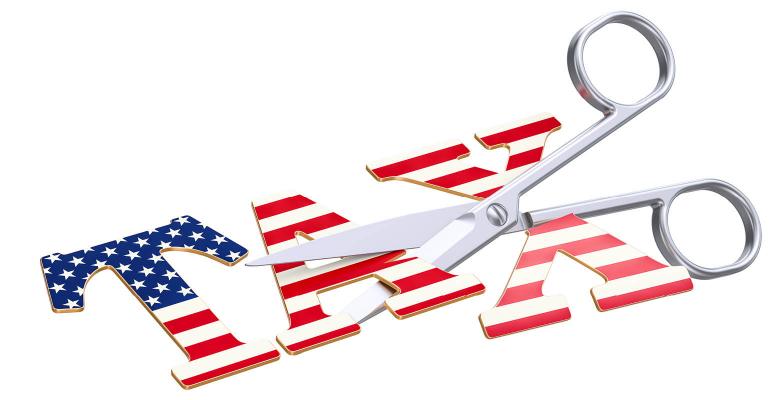 The main concern is that demand for tax credits could diminish once institutional investors calculate the full impact from the Tax Cuts and Jobs Act.

Investors and developers in the Low-Income Housing Tax Credit (LIHTC) market are adapting to a dramatic drop in pricing over the past year and expecting more uncertainty ahead.

The main concern is that demand for tax credits could diminish once institutional investors calculate the full impact from the Tax Cuts and Jobs Act. However, investors have not yet hit the pause button. They still have ample capital available and a desire to buy tax credits. That is good news considering the bumpy ride the sector has experienced over the past 15 months with pricing that has declined between 15 and 20 percent—effectively 15 to 20 cents per credit.

“We had a fairly significant pricing reset following the election that really took hold early in 2017,” says Todd Crow, executive vice president and manager of tax credit capital for PNC Real Estate, a commercial real estate financing solutions provider. The market has reset again in late 2017 and early 2018 following the passing of the tax reform bill, although the recent adjustment is more modest, he adds. Tax credits that were selling for $1.02 to $1.05 in the fall of 2016 now range between 87 and 92 cents.

Prior to the 2016 presidential election, investors were buying LIHTCs assuming a 35 percent marginal tax rate. Investment activity ground to a halt immediately after the election due to the expectation that tax reform would be a priority. “Everyone sat on the sidelines waiting to see if tax reform was going to be real or not,” says Michael Gaber, executive vice president and chief operating officer at WNC, a firm that is an active LIHTC investor and developer. Gaber is also the 2018-2019 president of the Affordable Housing Tax Credit Coalition, a trade organization.

Throughout 2017, President Trump was pushing for a 15 percent corporate tax rate and Republicans were working on their own plan that put the rate at 20 percent. LIHTC investing resumed in the second quarter of 2017, with the market making its own assumption that the marginal tax rate would be reduced from 35 percent to 25 percent, which caused tax credit prices to drop about 10 percent, or roughly 9-12 cents depending on the deal.

The final outcome on tax reform that dropped the marginal tax rate to 21 percent lowered LIHTC pricing another 4 to 5 cents in January. “So now we’re just piling on from where we were before, and as you can imagine, that would cause a significant strain on budgets,” notes Gaber. Pricing of credits varies depending on the individual deal in terms of its financing structure, type of tax credit and also the location of the property. The two main types of tax credits are 4 percent credits that tend to have higher leverage and more losses, and the 9 percent credits that are known for having higher credit.

The pricing shift has resulted in compromises from stakeholders to make up for the shortage in equity coming from the tax credits. Developers have deferred a portion of their development fee, some investors have reduced their IRR and syndicators have accepted a lower fee in order to get projects to the finish line, says Gaber.

In some cases, a developer could add more capital to make up for the shortfall they are getting from the tax credits. Part of the problem is that there are few options available for soft financing—additional debt added onto the property in the form of a second or third loan behind your primary, says Gaber. Soft financing is not required to be repaid and not fully amortized, such as an interest only loan. “We are seeing some developers having to go out more aggressively and try to find some soft financing, but it is just not that readily available,” he says.

The market is still adapting to the pricing changes. “I think we are in for some mild turbulence for the first six months of the year,” says Crow. Especially for funds set to close in the first half of 2018, it is not clear how those deals will be priced or what yields are going to be present. It also remains to be seen how investors will react to certain tax provisions, such as bonus depreciation, that are still a little bit in flux.

“Once we get through the mid part of the year, the market will have fully regained its footing and some of this uncertainty will have worked its way out of the system,” Crow adds.

Tax changes are still playing out

Another unknown factor is whether tax reform will put a damper on buyer demand for LIHTCs going forward. One of the main reasons that institutional investors, such as banks and life insurance companies, buy tax credits is to offset tax liabilities. The lower tax rate effectively cuts their tax bill by one-third. That could create a situation where investors do not have as much need for the LIHTCs. “We haven’t seen that yet, but it is a possibility down the road as we get more details on tax reform other than just the tax rate reduction,” says Gaber.

For example, the tax bill includes a base erosion and anti-abuse tax (BEAT). It functions similarly to an alternative minimum tax for corporations that have foreign ownership. It could cause some investors to be in this form of AMT and pay taxes without being able to purchase tax credits to offset it. Many of the investors potentially affected by BEAT are still trying to figure out what this might mean for them and their LIHTC investment going forward, notes Crow.

At some point, there will be some type of technical correction bill introduced to fine-tune some of the points included in the Tax Cuts and Jobs Act, which is not unusual for any major legislation. “Hopefully some of these elements of uncertainty will get worked out, either by finding a safe harbor or speaking with the IRS and getting private letter rulers or through a technical corrections bill,” says Crow.

The industry is also keeping a close eye on other legislative initiatives that could potentially impact the LIHTC program. The Treasury Department has recently discussed reviewing the Community Reinvestment Act (CRA), which is the biggest reason that banks invest in LIHTCs. Any changes to CRA could have an impact on the LIHTC market, whether through influencing investor demand or shifting the geographic focus of where CRA dollars are spent.

The Senate is proposing a new bill—the Affordable Housing Credit Improvement Act of 2017 (S.548). The bill aims to amend the original 1986 code and make some beneficial changes, such as allowing the program to be increased by about 50 percent. There is a similar sister bill that has been introduced in the House with H.R.1661.

“It is a constant process to continue to educate new members of Congress as to why this program works and why it is so successful,” says Gaber. “The great news is that this program, probably more than any other program, is sponsored by both sides and is very bi-partisan.”