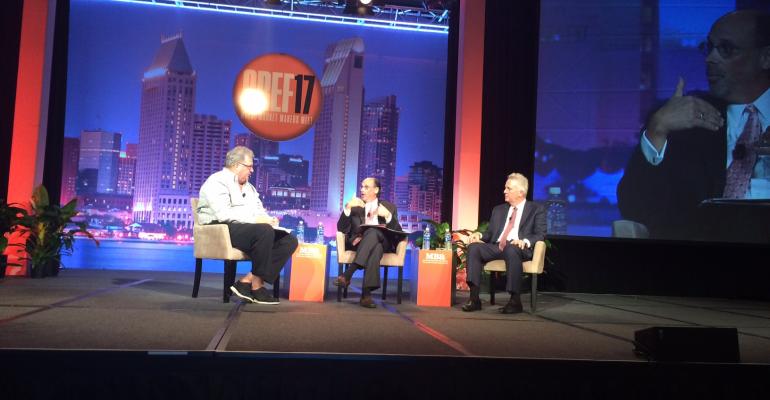 Nine Takeaways from Day Two of the MBA CREF Conference

“Everybody feels safe and nice, so everyone is looking over their shoulder for what’s going to happen,” said one panel participant during day two of the MBA CREF / Multifamily Housing Convention & Expo 2017, which is taking place in San Diego. Here are some thoughts on what those changes may entail, from the discussions staking place at the show: