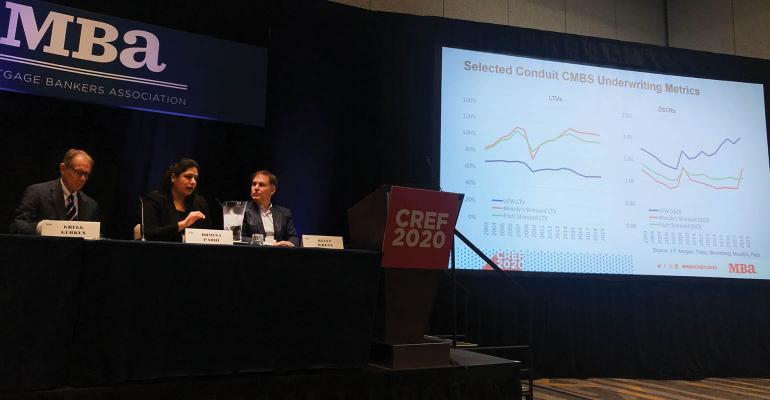 Risk mitigation on new loans and proptech adaption in the mortgage sector were among the key topics discussed on Tuesday.

Tuesday’s panel discussions at MBA CREF 2020 in San Diego focused on how lenders are trying to mitigate risk in the late stage of a prolonged cycle, the market for construction financing and more insights on how proptech might be changing the business.

Here are some takeaways from Tuesday’s sessions: