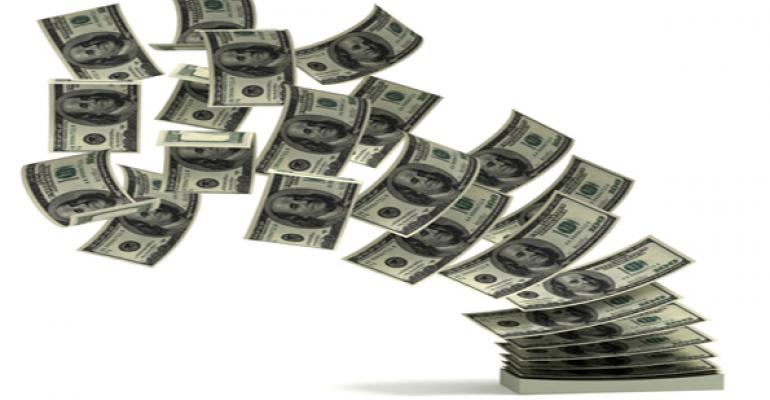 Competition that is fueling a spike in interest-only (IO) loan issuance is drawing mixed responses from industry observers. Some view the spike as a worrisome rise in risk that could come back to bite borrowers if 10-year loans mature in a higher interest rate market. Others see IO loans as an opportunity for borrowers to take advantage of healthy lender competition for high quality deals.

According to a recent research report from Trepp, CMBS IO loans have “skyrocketed” from $5.3 billion in the first quarter of 2017 to $19.5 billion in the third quarter of 2018. In fact, IO issuance as of third quarter was six times greater than fully amortizing loan issuance. One reason this has stirred concern is that it is reminiscent of pre-crisis lending activity, when the majority of issuance—about 80 percent—was  interest only.

The share of conduit issuance that’s interest-only has exceeded 70 percent for the past nine quarters, notes Kevin Fagan, vice president, director of commercial real estate research at Moody’s Investors Services. Moody’s also registered the spike in IO loan issuance in the first quarter, which was the highest level since pre-2008. On Moody’s-rated CMBS deals, loans with full or partial IO accounted for 83 percent of new issue conduits in the first quarter, which is slightly below the average of 87 percent that the market saw in 2007.

There continues to be a deep pool of capital available for commercial real estate on both the equity and debt side, and competition among lenders is a big factor in the surge in IO loans.

CMBS doesn’t currently have the competitive edge in terms of leverage for winning deals, and lenders are using IO as a major selling point. “In early CMBS 2.0, the focus was on offering IO loans only to the best borrowers and the best properties, but that is no longer the case. There is a significant amount of low and medium quality properties that get IO as well now,” says Fagan.

Canary in the coal mine?

The data available in the CMBS sector clearly shows a big spike in IO loans, but the rise in IO loans is a common theme across lender sources such as debt funds, banks and life companies. “We’re not very concerned about it. I think we’re just in a healthy market right now,” says Moyer.

Another factor that might be contributing to the rise in IO lending is a bigger appetite for core-plus investing. Borrowers are having a hard time getting the yields they want on core assets, so they are going after core-plus with a bigger focus on cash-on-cash returns. “When you’re making an investment where you are focused on cash-on-cash returns you need the interest only to actually support that return,” Moyer says.

Although not all of these lending sources are doing 100 percent IO loans, there has been an uptick in full and partial IO loans, adds Jodi Schwimmer, a partner at Reed Smith specializing in CMBS. “That’s just a reflection of where we are in the credit cycle. It doesn’t necessarily signal the same red flags that this did back in ‘07” she says.Schwimmer also points to macro conditions that are very different now vs. in 2007. Even though there has been an uptick in IO products, underwriting is still generally better now than it was pre-recession, she adds.

Others do view IO loans as a very real concern as IO loans are more susceptible to delinquency during a downturn. For example, Trepp data comparing delinquency rates during July 2012 shows that delinquencies on IO loans were nearly three times higher than fully amortizing loans at 14.15 percent vs. 5.07 percent.

Factors that could offset risks

Potentially, IO lending volume could rise higher in a climate where interest rates remain low and competition shows no signs of abating. Yet there also are some factors that might keep risks in check, including conservative leverage on some of the IO loans being done. Lower leverage IO loans are more palatable to lenders and CMBS investors, because the borrower has more skin in the game, which theoretically, lessens default risk.

Cushman & Wakefield’s EDSF team has been doing a lot of large loan, single borrower deals with leverage ranging between 50 to 60 percent loan-to-cost. “That is a level where most lenders are generally comfortable giving full-term IO in any market, because they feel like there is so much equity in the deal to begin with that they are okay with the balance at maturity,” says Moyer.

Another factor that could mitigate risk is added protection in higher debt service coverage ratios (DSCRs). Moody’s DSCRs ranged around 1.25 in 2006-2007 as compared to current levels of roughly 1.5-1.6. So, there is more protection. However, Moody’s has done some analysis on loan defaults that shows that IO loans at a higher DSCR still have a higher default rate as compared to an amortized loan with a lower DSCR.

“One of the many issues with IO loans is that you can get pinched really fast on your refi, even with a high initial DSCR,” says Fagan. Even a moderate increase in interest rates over the course of a 10-year loan can have a significant impact on the refi value and the DSCR at refi that gets borrowers in trouble at the time of maturity.