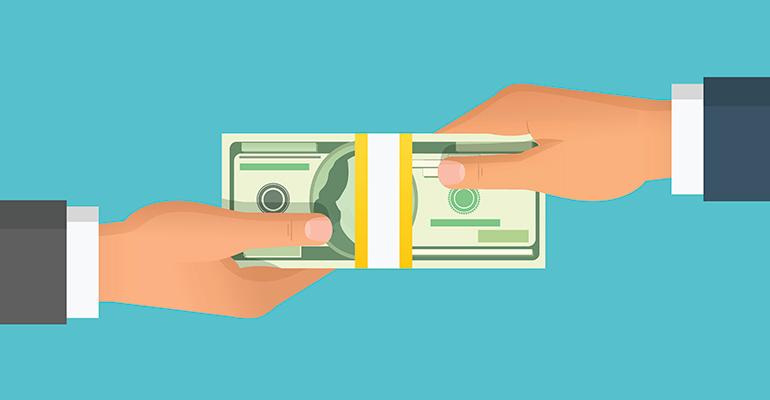 As capital markets have become increasingly crowded, competition to place capital is pushing some lenders to reach down and do smaller balance loans.

Borrowers looking to finance deals under $5 million are finding plenty of options beyond just their local banker.

As capital markets have become increasingly crowded, competition to place capital is pushing some lenders to reach down and do smaller balance loans. “The mortgage bankers are really earning their money, because there are a lot of different choices,” says Mark Ventre, a senior vice president at Stepp Commercial, a multifamily investment brokerage firm based in Los Angeles. Lenders across the board are actively financing sub-$5 million loans, including banks, Fannie Mae and Freddie Mac, private debt funds, CMBS and even life insurance companies.

One of the common complaints for small borrowers is that it’s difficult to get a foot in the door at a bank when they don’t have an existing relationship, or when they don’t bring anything else to the table in terms of additional business. Some banks have been more selective on deals, reserving capital for existing clients, which has created an opportunity for non-bank lenders to step into that gap. “We have found that borrowers have been unable to get the financing they need from traditional banks due to some type of regulatory restraint or a lack of relationship,” says Ben Easterlin, senior vice president of commercial lending at Atlanta-based Angel Oak Cos.

The company sees a lot of borrowers who have gone to traditional financing sources first, and for whatever reason, have not been successful. “We believe there is a story behind all commercial real estate. With an appropriate plan in place and a good operator, projects can be successful,” says Easterlin. “So, we are willing to listen to those stories and determine how we can help that borrower.” The firm is doing both recourse and non-recourse loans at 65 to 75 percent leverage.

Lenders remain disciplined and they aren’t falling over themselves to win deals. “They know they need to get capital out and there is a ton of competition out there, but I haven’t seen any crazy underwriting,” says Cathy Bronkema, a managing director, capital markets, at capital services provider Cohen Financial in Grand Rapids, Mich.

Some borrowers may have to pay a premium to secure financing on a smaller cap loan, while others are finding that they can choose between multiple competitive offers for specific property types or markets that are in high demand. For example, the Downtown Los Angeles apartment market is one where lenders across the board are jumping on opportunities to finance even smaller projects.

Both investors and lenders continue to look at Los Angeles as a gateway market where they want to put their capital, says Ventre. Ventre specializes in selling apartment properties between 5 and 50 units where the average sale price is about $4.5 million. The market has been frothy, with rents that are continuing to rise, and demand continues to be red hot even for bread-and-butter 1960s apartment buildings with upside in West L.A. or Hollywood, says Ventre.

Chase was the predominant lender in that sub-$5 million niche when post-recession activity resumed in 2009. “No one could beat Chase. They offered the best rates, the best terms and the highest proceeds,” says Ventre. “Over the last few years there has been a lot of competition that has crept in and chiseled away at Chase’s market share.” Although Chase remains active, many of the local community banks are now very competitive with better terms, he adds.

For example, Ventre recently sold a 10-unit building in Echo Park that was nearly fully occupied. The buyer secured a 24-month bridge loan with a one-year extension for $3.6 million. Financing covered the purchase, renovation and tenant buy-out, all rolled into one loan at 75 percent loan-to-cost or about 85 percent loan-to-value with a rate of 400 basis points over the 30-day LIBOR. In this case, the lender was a community bank based in Southern California. “Those are the types of loans that we’re seeing offered by a lot of banks and debt funds,” says Ventre.

Borrowers tap a variety of options

Traditionally, the preferred source for small balance commercial real estate loans has been the local bank or credit union. However, those loans are typically recourse or partially recourse loans, and borrowers are looking for other sources of capital that offer non-recourse terms. For example, Fannie and Freddie have competitive small balance loan programs for loans between $1 million and $10 million that offer a competitive alternative for long-term, non-recourse money with set fees.

In addition, there are a handful of life insurance companies that will do loans between $1 million and $5 million, and some will even go down to $750,000, says Bronkema. CMBS lenders typically have a $5 million minimum threshold. However, a few CMBS lenders will do sub-$5 million loans in certain circumstances. For example, Bronkema just closed on a package of two deals with a $3.7 million loan on a CVS and a second $2.7 million loan on a PNC bank branch. The CMBS lender was willing to do the deal if it was going to be able to finance both loans.

For borrowers that can get it, CMBS loans are attractive because they offer higher leverage and no recourse. However, borrowers do generally pay a premium on those smaller balance CMBS loans, adds Bronkema. CMBS lenders are also more apt to do an “easy” loan, such as a single tenant deal for $3 million, whereas a $3 million loan on a retail center with 15 tenants is a tough sell due to the extra work involved.

Going forward, lenders will have to watch how rising interest rates will impact the pipeline of small balance loans. The question is: will cap rates also rise along with interest rates? And if so, will higher cap rates scare some of the smaller investors out of the market, adds Bronkema.