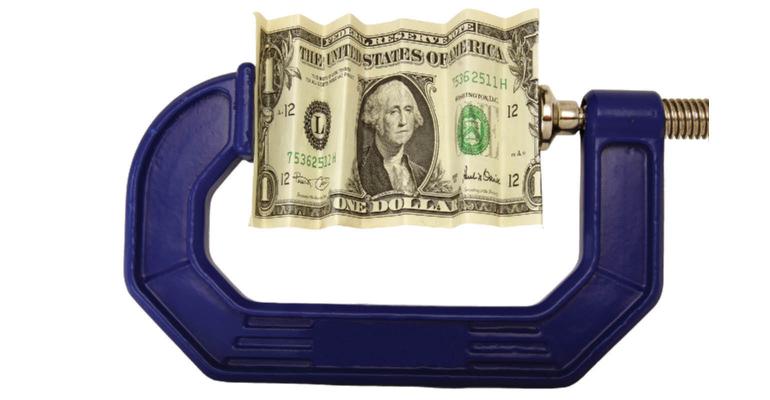 Some CRE Lenders Are Feeling the Squeeze on Liquidity

An early trouble spot to surface has been among highly leveraged lenders who rely on short-term repo warehouse lines of credit.

Capital markets have plenty of reasons—$3.67 trillion to be exact—to watch for cracks emerging in loans due to the COVID-19 crisis. That’s the current size of the outstanding commercial and multifamily mortgage debt in the U.S, according to the Mortgage Bankers Association.

One early trouble spot to surface is among highly-levered lenders who rely on short-term repurchase (repo) warehouse lines of credit with mark-to-market provisions to finance loans. A surge in margin calls sent lenders scrambling to raise needed cash, and, in some cases, is precipitating discounted loan portfolio sales. Essentially, the banks that hold the warehouse lines for lenders began to mark-to-market, lowering the values on the underlying collateral that triggered a call for more equity to cover the differences.

The margin calls have turned some lenders into forced sellers to raise capital.

“That is the exact situation you want to prevent, particularly in this environment when there aren’t a lot of buyers,” says Matt Malone, managing director, real estate at FS Investments, an alternative asset management firm with more than $20 billion in assets under management. Initially, those lenders most affected are those that have exposure to the non-agency RMBS and CMBS market and had portfolios highly levered. “I think anyone with significant repo financing is in discussions with lenders,” says Malone. Notably, that has impacted some of the mortgage REITs and private debt funds.

Most of the early markdowns were centered around hotel loans. “In some cases, there have been margin calls, and every bank is dealing with it a little bit differently with some banks that are being a little more aggressive,” says Joseph Iacono, CEO and managing partner at Crescit Capital Strategies, an alternative lending firm that specializes in commercial real estate debt origination and investment. Since then, warehouse lenders are taking a closer look at loan portfolios to assess exposure and risk.

“It is early. This process will take a bit more time to sort itself out,” says Iacono. Rent payments made in March usually go towards April loan payments. The first missed rent payments began in April with speculation that missed payments could grow in May. As such, it will likely be May and June before there is more clarity on how loans and loan portfolios may be performing. How that impacts asset values and additional mark to market action from warehouse lenders remains to be seen. However, some lenders are trying to raise cash in anticipation of what may be to come, adds Iacono.

The majority of margin calls have largely been concentrated in the mortgage REITs and others who were holding CMBS and CRE-CLO securities. The publicly traded mortgage REITs have provided a glimpse into challenges related to margin calls and forced sales to raise capital. For example, four mortgage REITs that said they could not meet margin calls and have had to sell assets include AG Mortgage Investment Trust, MFA Financial, New York Mortgage Trust and Invesco Mortgage Capital.

“What you’re seeing on the mortgage REIT side is not very different from what we saw 10 years ago in the Great Recession,” says Omotayo Okusanya, a managing director and senior equity research analyst at Mizuho Americas. Their business model is buying RMBS or CMBS securities using bank repo lines. The problem is that when the collateral backing those repo lines lose value it triggers margin calls where the banks ask for more equity to collateralize the assets. By nature of their structure, REITs can’t hold equity as they are required to disburse dividends to shareholders. The forced sales to raise capital ends up further pushing  down prices. “So, it is a bit of a Catch 22,” says Okusanya.

The Fed’s move to come in with a revitalized Term Asset-Backed Securities Loan Facility (TALF 2.0) program to support CMBS, as well as additional stimulus relief for the economy seems to have settled down some of that forced selling to cover margin calls. Specifically, the Fed is accepting agency-backed CMBS and private-label CMBS as collateral under the new TALF program. “There have been some good first steps that have been with government help to stabilize the CMBS and RMBS markets. However, there is more help needed,” notes Okusanya. For example, TALF does not cover single-asset single borrower CMBS securities.

Opportunistic investors ready to jump in

The forced sales are creating some buying opportunities. “As the full impact of this crisis is felt through the real estate market, there will likely continue to be opportunities for people who are well capitalized, have good balance sheets and the right investor base to take advantage of it,” says Malone.

Capital is already being assembled to go after distressed debt. On the securities side, there have been a couple of players making substantial investments, primarily buying single asset single borrower (SASB) deals versus conduit deals, notes Iacono. “Some folks have pushed into that market opportunistically, but we haven’t seen a lot of buying in the CMBS conduit market,” says Iacono. One reason is that it is challenging for buyers to quickly assess the risk in those larger loan pools, and also no one understands yet what the full level of defaults could be related to the COVID-19 fallout.

Los Angeles-based BH Properties is one investment group that is expanding its real estate investment platform to include real estate bankruptcy and financial instrument acquisitions, including senior mortgages, mezzanine loans, B-notes and controlling participations secured by fee simple, leasehold interests and long-term leases ranging between $5 million and $150 million. “We’re casting a pretty wide net in terms of our appetite and opportunities that we are considering,” says Rowan Sbaiti, senior managing director of acquisitions at BH Properties. “It is still pretty early on. So, I think the opportunities are still developing, and we are not trying to silo ourselves into any particular asset class, geography or pieces of the capital stack,” he adds.

Investors will be watching to see what develops in what most agree is still early stages of potential fallout from COVID-19 on commercial real estate loans. “Honestly, I think a lot of this will depend on how the collateral performs,” says Okusanya. If CMBS delinquencies start to spike, lenders likely will become stricter to avoid taking any losses. However, that has not materialized yet.

It remains to be seen to what degree those forced portfolio sales might continue to emerge as the stress from COVID-19 continues. “The longer this goes on, that would create the potential for more of these lenders to feel the squeeze in terms of needing to generate liquidity to shore up balance sheets and loan portfolios,” says Sbaiti.

BH Properties has positioned itself so that it can move quickly and close in cash and perhaps provide that “relief valve” for entities that do need liquidity, as well as taking on deals that may require more asset management, notes Sbaiti. “There was a record amount of dry powder in terms of fund commitments and allocations to real estate coming into this, and I think you will see some of that redirected towards some of these distressed buying opportunities as those opportunities develop and take shape so we can see what type of size we are dealing with,” says Sbaiti.

Forced sales and distressed assets sounds very similar to the GFC. However, it is important to point out the key differences to what is happening now, notes Malone. Prior to the COVID-19 outbreak, the real estate market was relatively healthy, and lending generally was more disciplined. “That is not to say that there won’t be impacts from the economy being virtually shut down,” he says. “But we are coming into this from a much more conservative place than we did in the last downturn—even though some of the initial liquidity issues sound very familiar from the last time around this time is different.”