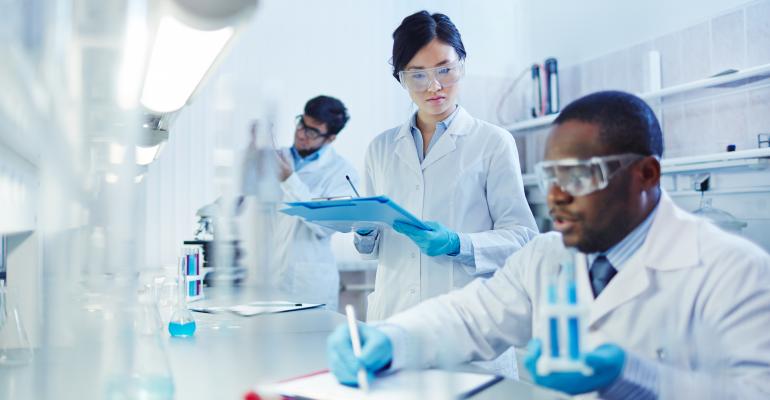 Medical office real estate remains attractive to investors, as demand for space continues to grow amid an aging population in need of more medical services, according to a series of recent reports.

But while medical office space is slated to see growth, there are still some concerns weighing on the sector, such as payment constraints on healthcare providers and a physician shortage.

Single-tenant medical office assets remain in high demand among both private and institutional buyers, according to a mid-year report on the sector from real estate firm Marcus & Millichap. Properties with leases backed by hospital systems or major medical providers are trading at a premium; first-year returns are averaging in the high-5 percent to low-6 percent range, the report states.

The sector is benefiting from positive demand trends and strong property fundamentals, says Steve Bolen, head of U.S. healthcare real estate at LaSalle Investment Management. “This particular sector of commercial real estate benefits from one of the largest and fastest-growing components of the U.S. economy: healthcare,” he says.

As of the second quarter, there is an estimated 110 million sq. ft. of available existing and under construction medical office space in the U.S., according to a report from real estate firm Transwestern. But the need for more space continues unabated as the 65-and-older age group balloons every year, triggering an increased need for physicians, doctor’s offices and other medical facilities. More than 150,000 healthcare practitioners will join the economy over the next two years, meaning total medical office demand in the U.S. could range from 150.5 million sq. ft. to 225.8 million sq. ft. by 2019, according to Transwestern. “If all healthcare practitioners added to the economy through 2019 aim to locate within medical office space, absorption of this demand is impossible,” the report states.

It’s this employment growth factor that makes the medical office space an attractive investment proposition. It represents a driver of occupancy, and medical tenants are more likely to renew leases, Bolen says. However, there is a projected physician shortage as well. “I think what you will see is that void being filled by registered nurses, physician assistants and other types of health care providers,” Bolen notes.

There are some risks facing medical office investors, however. One involves payment constraints, as tenants are increasingly facing reimbursement pressures from insurers and government payors such as Medicare and Medicaid, Bolen notes. Secondly, medical office facilities do not offer tenant diversification. “All of our medical office tenants are exposed to the healthcare sector, unlike conventional office building.”

The shifting healthcare landscape, along with the rising cost of care, is also triggering a “retailization” of medical office space, or a shift of providing high-quality care away from hospital campuses and into alternative settings, including outpatient centers and walk-in clinics.

Other types of space can also help fill this growing need for medical offices, such as vacant conventional office space or repurposed retail space. Newer forms of healthcare, like telemedicine, could tamper some of this demand growth, according to Transwestern.

The shifting preference toward off-campus properties began a few years ago, as on-campus locations tend to benefit from strong hospitals nearby, says Alan Pontius, senior vice president and national director of specialty divisions at Marcus & Millichap. “That’s due to the retailizaiton of the space,” Pontius says.

Cap rates in the sector have stayed relatively flat over the past couple of years, Pontius notes. While the best assets will continue to see low cap rates, interest rates are also rising, he points out. “Investors are going to show a higher degree of caution,” Pontius says.

In the second quarter, the average cap rate for medical office properties on a 12-month basis was 6.4 percent, an increase from 6.1 percent in the fourth quarter of 2017, but a dip from the 6.8 percent seen in the first quarter of 2016, according to Revista, a medical real estate research firm.

So far this year, transaction volume has been down for medical office assets compared to previous years. In the first and second quarters, transaction volume for medical real estate totaled $2.8 billion and $2.9 billion, respectively, according to Revista. The fourth quarter of 2017 saw the lowest deal volume of the year, at $3.4 billion, and the second quarter of 2017 saw deal volume total $5.8 billion, the highest quarterly amount during the period between 2015 and 2018.

Healthcare REITs have slowed their acquisition activity recently, and in their wake there has been a shift to deep-pocketed buyers including sovereign wealth funds and private equity investors, says Britton Costa, senior director of U.S. corporates—healthcare & REITs at Fitch Ratings. This helps the REITs secure buyers as they look to reposition their portfolios and reduce leverage, and the growing interest from these investors also signals that the asset class is increasingly viewed more as a core property type rather than an alternative asset class, Costa says.

Overall, near-term demand for healthcare real estate will remain high, allowing healthcare REITs to capitalize on this trend and sell more assets, according to a recent Fitch report on the topic. Fitch views this as a credit positive.

Vacancy in the sector has ticked up by 10 basis points over the past four quarters to 8.2 percent, but this is still near a 10-year low of 8.0 percent in 2017, according to Marcus & Millichap. The only region that did not see increased vacancy was the Mountain region, where vacancy dropped 60 basis points year-over-year to 11.1 percent.

The bump in vacancy is not of concern in Pontius’ view. “We do not see a supply-demand imbalance at least in terms of new product,” he says.

But one area where vacancy could pose a problem is older stock that has not been reconfigured to modern standards, Pontius adds. “If I’m a buyer, if I’m an investor, I’ve got to make a judgement about my current tenant roster and how I see the relevance of this roster in the healthcare world we’re headed for tomorrow,” he says.