The 10 Markets with the Most Planned Multifamily Units 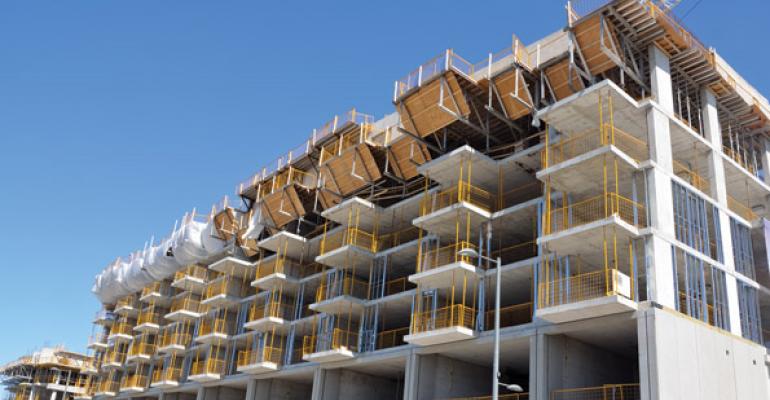 Start Slideshow ›
Some of the cities that have the most units under construction right now—such as Los Angeles, for example,—do not have a big chunk in the planning stages.

When looking at the U.S. markets with the most apartment units in the pipeline, one helpful measure is to look at how many projects are currently under construction. However, while that figure can help to determine what is going up in the near future, what is the story a year from now? To take a different look at which markets have the most new units in their pipeline—and which ones are lagging—NREI analyzed data provided by property management software and services firm RealPage. The following is a ranking of the top markets with the most identified planned units for the third quarter of this year. RealPage designated a unit as planned once local regulators approved the project plan, with construction scheduled within a year.

Some of the cities that have the most units underway right now—such as Los Angeles, for example—do not have a big chunk in the planning stages, or at least not with the proper permits and approvals to get started. “We are certainly getting indicators that building numbers are going to slow down a bit,” says Greg Willett, chief economist at RealPage, which is based in Richardson, Texas. The slowdown could be, in part, because the current economic cycle has lasted for seven or eight years, Willett notes. Easier sites for development have already been utilized, and it is harder to create new ones, particularly as land costs have gone up as well. “It’s just harder to get the individual deals done at this point,” he notes.

An important caveat: It is possible that some of these planned units are never going to be completed, or that other projects will be approved in some markets soon. For example, the data shows that Dallas—which has the most units under construction, 39,433—has just 6,300 that are planned. But Willett notes that it is easier and takes less time to get a permit and build in Dallas or Atlanta than, say, New York City, which appears to be experiencing a construction slowdown. “It’s very clear deliveries, once we get past next year, in New York and Los Angeles are going to come down,” he says.