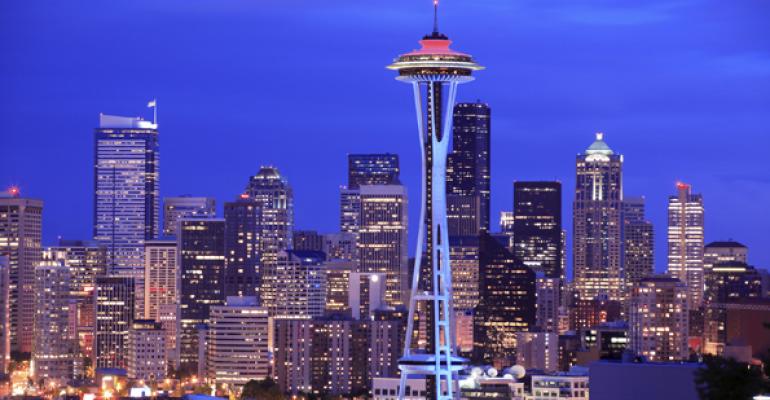 Economists disagree on how much the vacancy rate might rise in the city as a result of new deliveries.

Construction cranes are looming over Seattle, casting a thicket of shadows over the apartment sector in the city.

“Seattle has the most cranes in the sky of any U.S. city,” says Jared Kadry, senior market analyst with research firm the CoStar Group. As of January 2019, there were 59 cranes working in Seattle, according to the “Crane Index” kept by project management firm Rider, Levett and Bucknall.

These construction cranes are building more new apartments than Seattle is likely to be able to absorb at one time, according to researchers like Kadry. But Seattle’s booming economy has been filling new units for several years now, and other economists predict that vacancy will stay relatively low despite the thousands of apartments now scheduled to open in 2019.

Signs of strength, signs of trouble

Economists agree that the share of apartments that are now vacant in the area is still close to 5.0 percent, give or take half a percentage point.

For example, the total inventory of apartments in the city grew by 11.2 percent over the three years that ended in the first quarter of 2019, according to Reis. Over the same period, the number of occupied apartments grew by 10.8 percent. The percentage of vacant apartments has inched up accordingly, to reach 5.6 percent in the first quarter of 2019, up from 4.6 percent. “This isn’t unusual as many metros have seen vacancy rate increases as new construction has outpaced occupancy growth,” says Denham.

Developers are planning their biggest year yet for 2019, on track to open 13,000 new apartments in the Seattle metropolitan area, according to CoStar (not including communities built for seniors, students or low-income renters). That’s more than the 10,880 new apartments they opened in 2018. It even breaks the record of the peak year in 2015, when 11,010 new units hit the market. Even Seattle’s strong economy will need time to absorb all of the apartments planned for 2019, according to CoStar. “We anticipate a vacancy rate approaching 7 percent in 2019,” says Kadry.

Other experts believe Seattle’s strong economy will be enough to fill the large number of new apartments that are now under construction. "Demand for urban-located apartment units both remains strong and is forecast to keep pace with deliveries based on extremely strong tech employment,” says Simon.

For now, new apartments continue to rent very quickly. For example, at Stratus, a new high-rise in downtown Seattle that reached stabilization in March 2019, the new apartments leased at a rate of more than 22 units a month, according to CoStar.

However, Seattle’s apartment market is already showing the strain from overbuilding. Even highly successful buildings like Stratus have had to offer significant discounts to attract enough residents: four weeks of free rent to new renters who sign a 12-month lease. Concessions like these are common in the Seattle metro area, where 19 percent of all rental properties offered some kind of concession in the first quarter of 2019, and 11 percent offered a cash concession of a month of more of free rent to new renters, according to CoStar. That’s roughly double the share of properties that offered concessions at the end of 2015.

“Unfortunately, there is no sign that developers are slowing down,” says CoStar. “The headlines always read ‘no end in sight.’”

Local officials are also making new land available where developers can now build large apartment buildings. In March 2019, the city changed the zoning to allow high-rise construction in 27 neighborhoods that have been limited to single-family homes. These neighborhoods are largely located along light rail lines spreading out from Downtown.