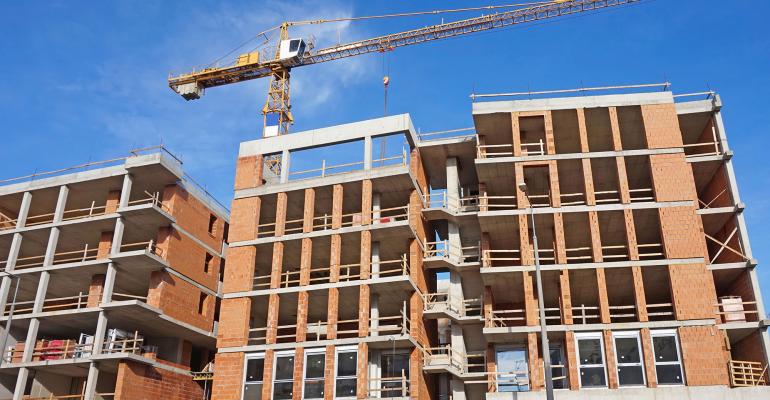 Developers in some of the nation's largest markets are still adding new units to the pipeline, in spite of fear rent regulation laws will only get tougher.

In spite of fears surrounding the expansion of rent control laws throughout the nation, developers in some of the biggest U.S. apartment markets haven't pulled back on new projects.

“These laws alone probably won’t slow down new construction,” says John Sebree, senior vice president and national director of Marcus & Millichap’s national multi housing group, based in Chicago. “However, these new rent control laws will do absolutely nothing to resolve the shortage of housing.”

Developers also worry that rent control laws passed in 2019 are just the beginning—they expect stricter proposals to come. At the same time, proposals to make it possible to build more new housing continue to fail.

“Rent control still has the potential to slow building across California [and other rent control markets] in a big way over time,” says Greg Willett, chief economist for RealPage, Inc. “That’s especially true given uncertainty about future regulations.”

Lawmakers in California, Oregon and New York state all passed new rent control legislation in 2019. However, in several top markets developers seem to be taking out even more permits to build new apartments than before the laws passed last year. That’s partly because this round of rent regulation was written to avoid affecting new developments.

“In most of these markets, rent control doesn’t apply till the units are 10 or 15 years old,” says Sebree.

The new laws are toughest in New York, making it nearly impossible for owners to take existing apartments out of New York’s existing rent stabilization law. “The Housing Stability and Tenant Protection Act,” is currently being challenged in court. In addition, lawmakers are “poised to pile on more costs and regulatory burdens that may cause significant financial effects for affordable housing,” says Doug Ressler, manager of business intelligence for Yardi Matrix. Despite the tougher rent regulation and the threat of more regulations to come, developers in the New York metro area took out more building permits in 2019 than the year before, according to RealPage.

Developers in the Portland, Ore., metro area have also taken out more building permits since lawmakers passed Oregon’s new rent control law in 2019, according to RealPage.

But in some of California’s biggest metro areas, including San Francisco, Oakland, San Jose, Los Angeles and San Diego, developers have taken out fewer permits since lawmakers passed California’s new law allowing rent control, also in 2019. “In most of the spots where building activity is cooling, recent additions have run way above historical norms, and there’s still quite a bit of supply that will complete later in 2020 and 2021,” says Willett. “The pullback in starts seen now feels like a return to business as usual, rather than a reaction to what’s happening with rent control regulations.”

Sites are still hard to find in California, where many local jurisdictions still block new construction.

California needs to create 3.5 million new homes by 2025—more than triple its current pace of construction, according to McKinsey Global Institute. “Hitting that number will require building more of everything: subsidized housing, market-rate housing, homes, apartments, condos and coops,” says Ressler. However, lawmakers in California may not yet been able to pass the governor’s proposal to allow more dense development near new transit lines.

The failure to support new development in places like California is likely increase the housing shortage, says Sebree.

That means that the only lasting solution to the housing shortage will require more construction of new homes. “Everyone agrees what needs to be done for the good of everybody,” says Sebree. “They just don’t want it done near them.”