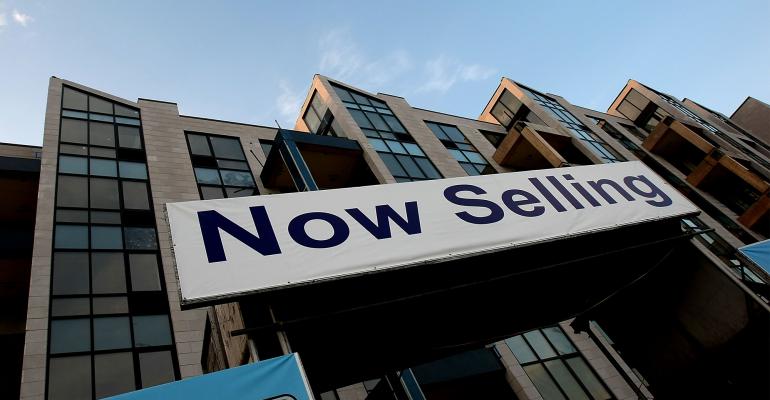 The properties hitting the market today tend to be smaller. Investors are holding onto stabilized assets if they can and distressed deals haven't hit the market yet.

Verde Capital Corp., a private equity and investment management company, is negotiating a sale of several hundred apartments in Northern New Jersey. A buyer has agreed to pay $75 million, or roughly $250,000 per unit for the property, which Verde owns in partnership with a local real estate family.

“That’s the exact price we would have sold it for a year ago,” says Jacob Reiter, president of Verde Capital Corp., based in Conshohocken, Penn. He expects the sale to close in fall 2020 after several months of due diligence.

Deals like this illustrate there are signs of life in the market to buy and sell apartment properties, despite the economic crisis caused by the spread of the novel coronavirus. But deal volume remains down significantly year-over-year and buyers and sellers are continuing to navigate the re-set in property values resulting from the massive economic disruptions of recent months.

In May 2020, investors paid a total $3.1 billion to buy apartment properties in the U.S. That roughly one-fifth of the amount they spent in the same period the year before, according to data from Real Capital Analytics (RCA), a data firm based in New York City. It’s also even less than the $3.4 billion that investors spent in April.

And experts say that most of the deals closing had been in the works before the COVID-19 crisis began in March.

But some apartment investors also began to plan new deals—even with much of the U.S. in various stages of lockdown.

“New listings for apartment properties fell off in early and mid-March pretty sharply, to the point that weekly new listings dropped by about 40 percent in April, compared to the year before,” says Andrew Rybczynski, managing consultant for CoStar Portfolio Strategies, based in the firm’s Boston office.

Over May and June, it seemed as if the U.S. was getting COVID-19 under control and a number of states loosened their restrictions on economic activity. “A slow recovery took place over the ensuing months, so that the latest, trailing, four-week, new listings figure only declined by 15 percent compared to last year,” says Andrew Rybczynski.

But a growing number of CBRE’s clients are offering properties for sale more quietly. CBRE brokers contact one or two dozen potential buyers to gauge interest, without posting the new listings on CBRE Deal Flow. The number of new confidentiality agreements relating to potential property sales between CBRE and its clients, which includes these “off-market” listings, was down just 43 percent in June 2020 compared to the year before. That’s a big improvement from April, when the number new confidentiality agreements was down 67 percent compared to the year before.

“It’s significantly improved from April and May, but still lagging what we were seeing a year ago,” says Brian McAuliffe, president of CBRE Capital Markets, based in Chicago.

In terms of the deals hitting the market now, the first offerings or apartment buildings for sale have tended to be smaller properties.

“Lower quality and smaller buildings are recovering new listings quicker,” says Andrew Rybczynski. “This tracks with transaction volume, where the average size of a multifamily deal by dollar amount fell 35 percent year-over-year in the second quarter. So, the bigger and higher quality product usually associated with institutional owners is the segment that is slowest to return to market.”

“There are very, very few institutional investors and large private equity firms in the market to buy right now. We have not seen the public large multifamily apartment REITs,” says CBRE’s McAuliffe. “They don’t want to buy at $50 million just to have to write it down to $40 million.”

So far private buyers, such as high-net worth individuals and private REITs, have been the most receptive. “The conversations are going well,” says McAuliffe. “To start those conversations, you have to have a stable performance at the property level… the property can’t be at 80 percent or 85 percent for its rent collections.”

These conversations began to turn into closed sales in June. “All of the deals closing second half of June are all based on post-COVID deals,” says McAuliffe.

The owners offering properties for sale so far included closed-end private equity funds, which may be reaching the end of their hold periods for properties they bought a few years before.

However, so far, prices have not changed appreciatively. The properties being offered for sale are largely the opposite of distressed. They are well-occupied and show consistent steady income, even in the current economy crisis.

For example, Verde Capital’s 300-unit property in Northern New Jersey is 100 percent leased and has been collecting 99 percent of its usual rent roll, according to Reiter. It is under contract at a capitalization rate that reflected “the market rate” for its area before the crisis, where properties often sold at cap rates under 4 percent. Verde Capital would not have accepted less.

“The pricing never changed and had the pricing changed we would have kept the property,” says Reiter.