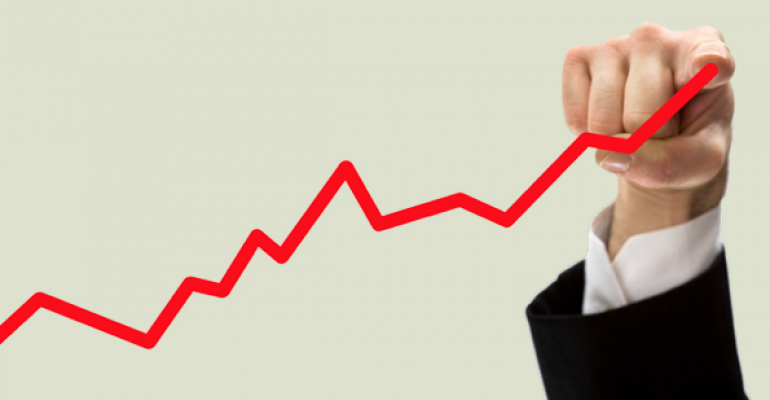 Apartment Rent Growth Accelerates in the Third Quarter of 2018

After a slowdown, apartment rent growth increased to 2.9 percent in the third quarter of 2018.

Apartments rents are on the rise again.

“The apartment market’s performance during the third quarter slightly surpassed expectations,” according to Greg Willett, chief economist for RealPage Inc., a provider of property management software and services.

“We are living in a very dull bliss,” says John Sebree, first vice president and national director with the national multi housing group at brokerage firm Marcus & Millichap. “The fundamentals are very strong. They continue to be very strong.”

Apartment rents in the U.S. grew by an average of 2.9 percent over the 12 months that ended in the third quarter, according to RealPage. That’s up from 2.5 percent in the second quarter. The faster increase at least briefly reversed a pattern of slowing rent increases recorded since late 2015, according to Willett.

Rents have grown more slowly as developers have been opening new luxury apartments at a rate of 300,000 to 325,000 a year since late 2016. Developers are on track to keep opening new units at that frantic pace at least through the end of 2019, according to RealPage.

“A tremendous amount of supply is still underway,” says Andrew Rybczynski senior consultant with research firm CoStar Group. Despite a strong showing this summer, experts disagree on whether demand will keep up enough to fill all the new apartments that are scheduled to open over the next year. “The market should see rising vacancies and rents that grow slower than recent history,” says Rybczynski. “Rents will rise in 2019 on a year-over-year basis. However, we do anticipate some weakness.”

New households may push the apartment markets in a more positive direction—1.56 million new households are likely to form in 2019, according to Marcus & Millichap. That’s up from 1.23 million in 2018. “That household growth number is trending upwards,” says Sebree. “Even though we are building a lot of new dwelling units, we are not keeping up with that demand.”

In the longer term, it’s possible that developers may finally cut down on new construction over the next year. “The number of units that start in 2019 will be a terribly interesting number,” says Rybczynski. “The fact that the number has shrunk for most of 2018 implies that there is a light at the end of this supply tunnel.”

Developers could easily pick up the pace again, however—especially if the apartment markets continue to strengthen. “It’s entirely possible that this data could spark further development from those who see the decline as an opportunity,” says CoStar.

In the meantime, developers have also shifted their focus, taking pressure off some of the markets where the highest number of new units have already opened. “In quite a few metros, urban core deliveries peak in 2018 and then slow a bit in 2019,” says Willett. “Luxury downtown projects could perform a little better on the rent growth front, after those properties were the real laggards over the past couple of years.”

Instead, developers are opening new buildings outside Central Building Districts (CBDs). “The share of units under construction in non-[CBD] urban areas is growing,” says Rybczynski.

Currently, about 12 percent of new apartments under construction are in these neighborhoods—such as the far north areas of Manhattan or Koreatown in Los Angeles. That’s up from about 8 percent of units underway in 2015.

Developers also continue to look for opportunity in smaller cities. “Capital deployment to secondary and tertiary markets likely will continue to increase, as investors search for yield,” says Willett. “Clients now are asking questions about metros that were not part of the discussion a few years ago.”

Developers are still largely avoiding suburban areas, however. “As millennials age there is an expectation that they will move to the suburbs and create demand there,” says Rybczynski. “But even as the first millennials cross that 35 threshold, the percentage of units under construction in the suburbs has shrunk.”

Currently, only about half of the new apartments under construction are in suburban areas. That’s down from 60 percent in 2012. “A rotation of development to the suburbs has yet to materialize at a large scale,” says Rybczynski.