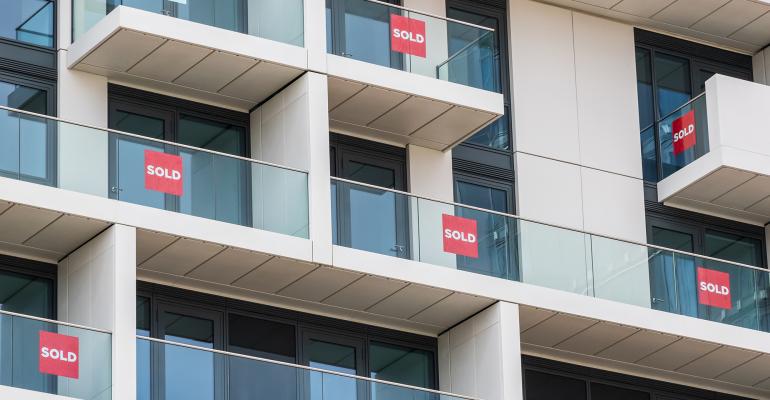 Will there be more rent-to-own arrangements going forward?

At Gravity, a new apartment complex in Columbus, Ohio, every resident will have an ownership stake in their own community—starting at $50 per household.

“Our vision is to turn every renter into an owner,” says Calvin Cooper, CEO and founder of Rhove, a financial technology company based in Columbus.

Politicians, housing advocates and developers used to talk about the value of owning a home. That largely stopped in the years after the housing crash and the Global Financial Crisis, in which millions of people lost homes to foreclosure. Housing advocates now call for Congress to support a new wave of home construction, both to ease the shortage of housing and create jobs for some of the people who became unemployed as a result of the economic crisis caused by the coronavirus pandemic. And on a much smaller scale, entrepreneurs are creating ways for renters to become stakeholders in their own apartment communities.

In the years before the housing boom and bust, developers regularly built more than a million new single-family homes a year. That shrank to as little as 400,000 in the years after the crisis and has only gradually ramped up in recent years. Home loans have been hard to get, especially for young millennials burdened with outsized debts from college loans.

“There is a false narrative that the last recession was caused by first-time home-owners getting homes they could not afford,” says David Dworkin, president and CEO of the National Housing Conference, a Washington, D.C.-based non-profit dedicated to ensuring affordable housing for all Americans. “We have a lot of responsible risk that could be taken.”

He supports bold plans now being considered by Congress, like the $2 billion Neighborhood Homes Investment Act, which has been introduced in the Senate (S. 4073) and has already passed the House of Representatives as part of its trillion-dollar infrastructure bill, the Moving Forward Act. The bill would create a new tax credit for the development and renovation of one- to four-family houses occupied by their owners.

“In every recession since 1960, housing has been a critical part of the recovery,” says Julia Gordon, president of the National Community Stabilization Trust, based in Washington, D.C.

Ownership on a very small scale

On a much smaller scale, companies like Rhove are creating tools that can give renters ownership stakes in their apartment communities, just for a few dollars at a time.

Rhove partnered with Kaufman Development to introduce the idea at Gravity, a new, mid-rise apartment complex with restaurants and office space in Columbus’ Franklinton neighborhood. Rents for the 234 apartments start at about $835 a month for a studio and rise to about $1,965 for a two-bedroom.

The renters at Gravity effectively become stakeholders in the mixed-use development, which welcomed its first residents in April. Each household starts with a $50 ownership stake, provided by the developer as a “rebate on rent.” Each household can then increase that ownership stake—many choose to do so by $50 or $100 a month—with a 1.99 percent transaction fee. These renters/stakeholders receive a 5 percent annual return on their investment—that would be $2.50 a year on just the initial $50 ownership stake.

It’s not a lot of money. But it can grow gradually, like a savings account, with a much higher interest rate than most savings accounts currently offer. That higher rate recognizes the unlikely risk that if an apartment property fails and defaults, stakeholders lose their money. When the mixed-use property is eventually sold or refinanced, the renters will get a share of the proceeds equal to their stake, plus any appreciation in the sale value of the complex. If the residents move out, they won’t be able to add more to their stake, but they won’t be forced to sell either. However, the renters can get their money out at any time, with another 1.99 percent transaction fee. “If they want to sell early, we will buy back at face value,” says Cooper.

“It may be considered a rental savings program, which I fully and enthusiastically support and which can help people financially, but it’s not in and of itself, a homeownership program,” notes Julia Gordon, of the National Community Stabilization Trust.

However, it can start renters on a path towards saving for a down payment, she notes.

The investment may also motivate the renters to stay at their apartment community longer, now that they own a stake in it, cutting down on turnover expenses for the landlord.