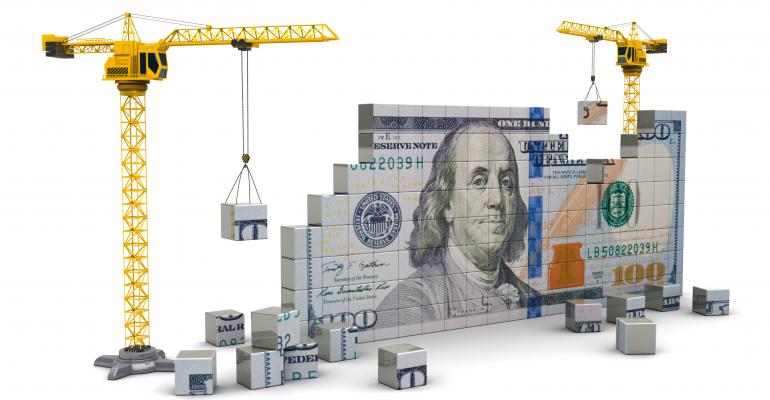 In spite of the fallout from trade wars, construction materials prices remained stable in 2019. That’s likely to change.

The prices of many construction materials may rise again in 2020.

“I think the lull in materials cost increases is close to ending,” says Ken Simonson, chief economist for the Associated General Contractors of America (AGC).

Despite trade tensions between the U.S. and nearly all of its major trading partners, the cost of many materials used to build apartments has remained relatively stable in 2019 (though subcontractors have been raising their bids in anticipation of materials prices rising). Even the cost of labor has been relatively stable, despite an extreme shortage of construction workers.

Overall, the cost of construction materials used to build multifamily housing has risen 0.0 percent over the 12 months that ended in September, according to an analysis of the Producer Price Indexes (PPIs) kept by the Bureau of the Labor Statistics by the AGC.

That relative stability comes in spite of tough talk and even tougher tariffs on some of the U.S.’ largest trading partners. When materials prices have risen over the last two years, it has largely been the result of trade policy.

"The cost increase of imported materials from China as a result of the newly implemented tariffs have shown the most significant impact on material costs so far this year," says Marc Padgett, president of Summit Contracting Group Inc., based in Jacksonville, Fla. "Approximately 60 percent of the cost increases we’ve seen recently are directly related to tariffs."

Demand for lumber and gypsum is likely to increase over the next six months as developers build more single-family homes, Simonson says.

“With the return to low interest rates, people will be looking for houses to buy,” Simonson notes. “We are already seeing a pickup in single-family home construction, in seasonally-adjusted terms—even in the fall and winter months there will be a pick-up in home sales, and certainly in the spring.”

The price of lumber dropped sharply in 2019, despite trade tensions between the U.S. and Canada. “We had actually seen a dip in lumber costs over the past few months,” says Padgett. “The cost of lumber always has a significant impact on the budgeting for new developments.”

The price of lumber and plywood fell 10.1 percent over the 12 months that ended in September 2019, according to the PPI. The drop came after a 11.2 percent rise in lumber and plywood prices in 2017, as the tariffs were first announced. “You had a big tariff take affect more than a year ago and you haven’t have further price shocks,” says Simonson. In addition, over the last year the demand for lumber has been low, as homebuilders started construction on relatively few single-family homes, according to Simonson.

The price of gypsum also dropped by 8.0 percent over the 12 months that ended in September. Gypsum prices in general have been less volatile than the prices of lumber and plywood, according to the PPI.

Steel, copper and aluminum likely to bottom out

These materials go into a wide variety of consumer goods. They are also traded globally. As a result, the supply or demand from one particular industry or region of the world is less likely to move prices. That’s especially true since President Trump removed U.S. tariffs on Canadian and Mexican steel and aluminum in May 2019.

Contractors are still struggling to find enough construction workers for multifamily projects, but labor costs are rising slowly. Wage and salaries for construction workers rose 2.9 percent over the 12 months that ended in September, according to the PPI. That’s not much higher than the 1.7 percent increase in the Consumer Price Index over the same period.

“I am a bit puzzled,” says Simonson. “You would think that with unemployment at 50-year lows, wages would rise more quickly.”

One potential solution to the riddle is that construction firms are losing highly-paid, highly-experienced workers to retirement. The only workers available to replace them have much less experience. The new workers can demand higher wages than they would earn in a normal market, but their starting wages are keeping the average wages low, says Simonson.

In the meantime, developers keep having to work harder to sign up good contracting firms to build apartment developments. “Contractors are getting a lot more choosey about the jobs that they take on,” says Simonson.