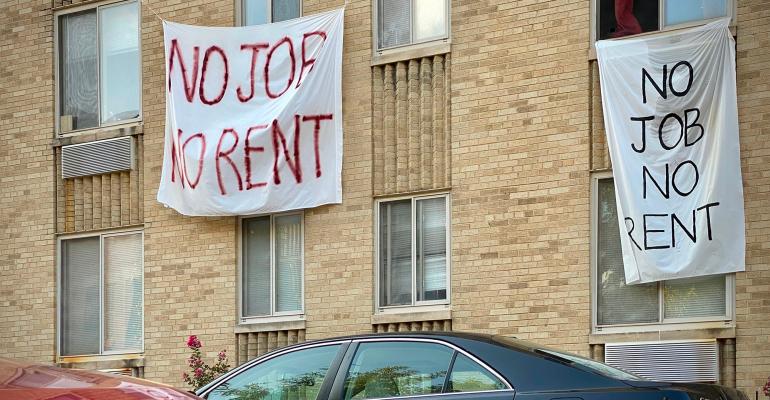 The Current Status of Eviction Bans by State

Many elected leaders enacted emergency bans on evictions as part of COVID-19 relief measures. Those have now come to an end in some states.

A big part of COVID-19 relief policy in the early days of the crisis was a ban on evictions. At the federal level that included a 120-day ban on evictions as part of the CARES Act, which has now expired.

Separately, the FHFA has ordered Fannie Mae and Freddie Mac to keep in place moratoriums on foreclosures and evictions on enterprise-backed, single-family mortgages only. That ban is scheduled to expire on August 31. In addition, the FHFA has mandated that multifamily property owners with government-backed loans in forbearance inform renters about the eviction protections the policy extends to them.

Aside from that, many states and cities put in place additional bans. Eventually, some of these prompted legal challenges that are still winding their way through the court system.

Having evictions on hold was an adjustment for multifamily property operators, although by and large, the fact that many renters have been able to keep current on rents made it less of a pressing concern.

Now, with both extended unemployment insurance benefits and eviction moratoriums expiring, the number of evictions could quickly explode.