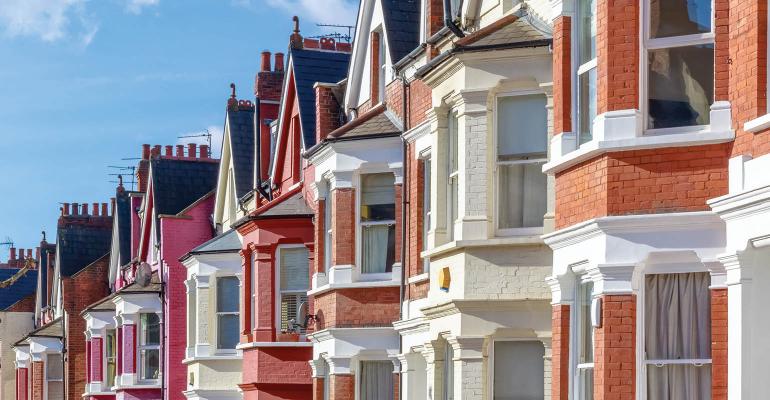 Demand for Workforce Housing to Remain Strong in 2019

Strong demand for workforce housing should continue in 2019, boosting investment in the sector, according to industry experts.

As the unemployment rate keeps falling, new households form, boosting demand for apartments, particularly for workforce housing, as it offers inexpensive housing options, according to John Sebree, director of the national multi housing group with brokerage firm Marcus & Millichap. For this reason, investment in workforce housing will remain one of the more attractive strategies in 2019, according to Christine Espenshade, co-head of the multifamily investment sales platform with real estate services firm JLL.

“Class-C properties tend to have a value-add component, given their natural affordability,” says Espenshade. “This is one of the hottest investments right now, so we are seeing ample demand.”

Household growth is greatly outpacing new apartment unit completion, with luxury housing making up most of the newly delivered units. The supply of affordable housing, however, has remained relatively unchanged.

In 2018, 807,260 new households formed, though only 287,007 new apartment units were brought to market, not including new single-family housing or smaller scale apartment assets, according to JLL. Most of these new units are luxury units. This wide gap between supply and demand has been the norm for the past decade.

“What has happened over the past few years, is that household growth has expanded or has grown at a much faster rate than supply,” says Sebree. “How many of those [new] households can actually afford to move into the brand-new dwelling units being brought to market? Well, only a percentage of them. I don’t want to say a fraction, it’s more than a fraction, but it’s only a percentage of them.”

“Four percent is extremely low for class-C vacancy,” says Sebree. “So, if we now take that household growth equation and factor in the vacancy equation, what’s happening is that demand in that air space continues to increase. The number of households in that workforce housing continues to increase and the supply doesn’t increase because you can’t build workforce housing.”

Developers cannot build workforce housing without some subsidies or assistance from local jurisdictions because of the high cost of new construction projects, including the high cost of land, labor and construction materials, according to both Sebree and Espenshade. Also, regulatory costs contribute to around 32 percent of overall multifamily development costs, according to research from the National Association of Home Builders and the National Multifamily Housing Council. Regulatory costs fall into several categories, including cost increases from changes to building codes, development requirements, cost of complying with affordability mandates and fees charged when site work begins, among others. These costs have to translate into higher rents to make new projects pencil out.

As a result, the only deals that work financially in today’s environment must achieve class-A rents. For example, Boston’s apartment market is bracing for thousands of new luxury apartment units this year.

“Everything being built today is really kind of in a class-A level, maybe a B+ level,” says Sebree. “It is nearly impossible in today’s market to build a new apartment building that is anything other than class-A. You simply cannot make the numbers work at a class-B or class-C.”

Due to no new supply hitting the market and strong demand for workforce housing, investors could implement an upgrade program and hold the properties for the long term for sustained cash flow, according to Espenshade.

“Investors are going in and spending a lot of money because they know that demand is very good,” says Sebree. “They can take a property and improve it a little bit and attract working-class families. That would be a benefit for the neighborhood, as well as… a good investment.”

Although low vacancy rates and high demand would suggest an opportunity to raise rents, working class families are spending more money on rent now than in the past. Census data in 2017 indicated more than 35 percent of workforce housing renter households were paying more than 30 percent of their income on rent, up from 20.6 percent in 2006.

“You look at the supply [and] demand and it’s easy to look at it and say, well, ‘let’s dramatically increase rents,’” says Sebree. “There’s definitely going to be increased demand and you’re going to be able to push rent some, but landlords also don’t want to push their tenants out.”

New apartment supply will exceed market demand in the multifamily sector overall this year. Rent growth for class-A units is expected to be equal or be just under the historical average increase of around 2.5 percent, while vacancy will remain under 6.0 percent. Still, total multifamily demand in 2019 should mirror the high level achieved in 2018, according to a CBRE report.