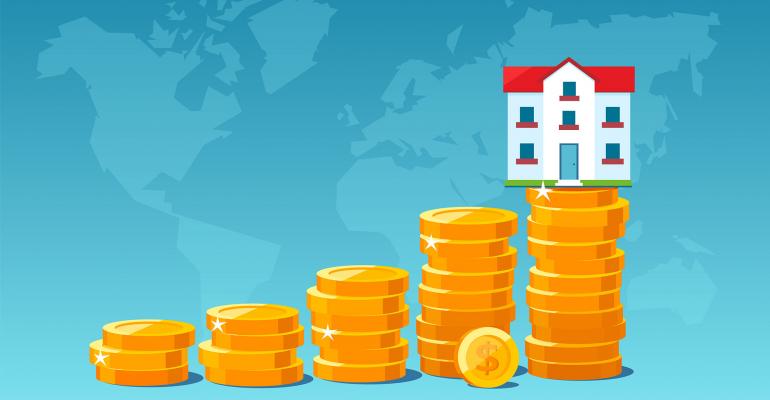 Even as the overall volume of cross-border investment in U.S. real estate slows down, apartment properties remain popular with foreign buyers.

Foreign investors continue to spend money on apartment properties in the U.S., even while they may be slowing down on purchases of assets in other sectors. In the second quarter, cross-border investors became net sellers of U.S. commercial real estate overall for the first time in seven years, according to Jim Costello, senior vice president with research firm Real Capital Analytics (RCA).

But “we are not seeing any slowdown from global capital into multifamily,” says Brian McAuliffe, president of capital markets with real estate services firm CBRE, based in Chicago.

These investors are lured by the ongoing strong demand for apartments that has shrunk vacancy in the sector. In addition, because apartment buildings rely on their income on dozens or sometimes hundreds of different tenants, their incomes are viewed as less volatile than, for example, a single-tenant office building, according to McAuliffe.

“You understand your yield year-to-year with an apartment building,” he notes. “That is attractive in the ninth or tenth inning of an economic expansion.”

Cross-border investors spent $16.1 billion on apartment property acquisitions in the U.S. over the 12 months that ended in the second quarter, according to RCA. That figure represents a 10 percent increase compared to the same period the year prior. It also comes after a slowdown earlier in 2019.

Canadian buyers were the most active investors in U.S. apartment properties over the 12 months ended in the second quarter, while buyers from Singapore, Israel, Bahrain and Qatar were also quite active, according to RCA figures.