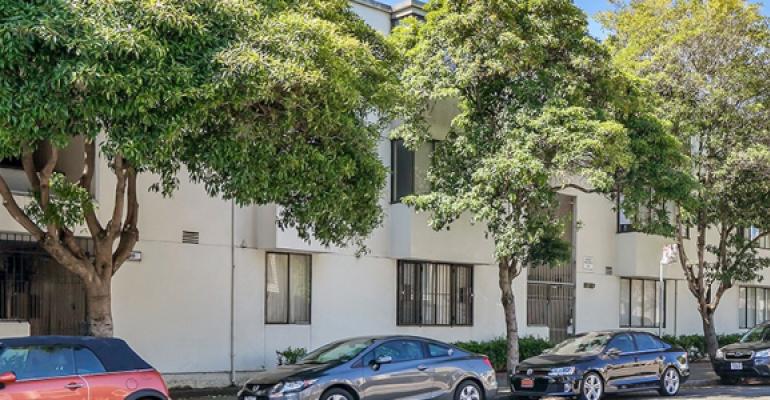 Forgotten Buildings Can Save San Francisco From the Housing Crisis

For tech enthusiasts and ambitious urban professionals, San Francisco’s promise of success and vibrancy might as well be a beacon, guiding eager job seekers into the city limits for career-defining opportunities. Landing a job in the city can seem like the first step towards attaining a dream life—at least until these enthusiastic workers realize that they need to choose between driving more than three hours every day to commute to and from work or shelling out over $3,200 every month for a modest, one-bedroom apartment.

Hypothetically speaking, it's possible to find a rental unit that offers a short commute, an affordable monthly rent and high-quality living experience. But in San Francisco, the odds of a middle-income professional finding a home that checks all three boxes are slim to none. Over the past decade, the city’s vacancy rate has dropped from a respectable 6.97 percent to a shockingly low 2.66 percent in 2016, leaving would-be residents facing the rising prices of an increasingly constrained market.

But what if I told you that San Francisco had more housing resources than these numbers suggest? Would you believe me if I suggested that the city’s issue isn’t a lack of supply, but a shortage of affordable and attractive units?

The city has undergone a period of rapid expansion and growth over the last two decades; in the past two years alone, builders have added nearly 10,000 rental units to the city’s housing pool. However, according to a recent report from the San Francisco Planning Commission, only 28 percent of all of the units built since 1990 are priced within affordability for “low and moderate-income households.” Moreover, because rent control regulations only apply to older multi-family buildings in the city, even these “affordable” new properties may not remain within reach in years to come.

While there are vacant rentals available, they might as well be occupied and off the market for all the access middle-class renters have to them. They are underserved, but with that gap in the market, I believe, comes a development opportunity for savvy investors. As matters stand, middle-market consumers can’t afford the prices of upscale, newly built apartment buildings in trending neighborhoods.

Rather than building new (and naturally more expensive) properties from the ground up, investors need to pour their efforts into making housing opportunities that already exist better appeal to the needs and price ceilings of their target customer base. Savvy operators can update older buildings to have modern conveniences—laundry facilities, new appliances, etc.—without over-improving. These apartments might be a little older and grittier than the units offered in sleek new apartment towers, but that isn’t a problem for someone who just wants a comfortable home that they can afford.

Now, some might say that there aren’t opportunities to do this kind of flipping in San Francisco’s hottest neighborhoods—and they would be correct. However, I’m not suggesting that investors look for an old, overlooked property in South Beach or San Francisco proper. Instead, I’m saying that they should go directly to the underserved and emerging communities where they could do the most good. Think of the Tenderloin, of Oakland and SOMA; look to the regions that have boundless potential hidden under their rough edges.

Investments in traditionally overlooked areas can be a surprisingly lucrative bet. Consider the evolution of the Frederick Douglas Plaza apartment complex as a case study. When the building was last sold, it was as part of a distressed property sale for a mere $940,000. The purchase was a terrible idea by most investors’ reckonings—at the time, the area was one of the roughest in San Francisco, making the building notoriously difficult to operate. Within a few decades, the operating company had renovated the units, improved its common areas, and attracted a new tenancy to the space. Today, the property is worth $54 million—that’s over 570 percent of its original sales price!

The company that took the risk and believed in the Plaza’s potential was my current employer, Mosser Companies. Mosser has been doing this manner of careful investing in up-and-coming neighborhoods for decades, and they have it down to a science. By seeking out investment opportunities in areas that other real estate groups write off as a loss, they manage to both make a profit on their investments and provide affordable housing opportunities to those who need them. If anything, Mosser’s success with the Plaza demonstrates that San Francisco doesn’t need a sleek new tower for its residents; instead, it requires companies to rehabilitate and improve the older housing stock the city already has.

The solution to the housing crisis, however, won’t be a matter of a few well-considered renovations in traditionally overlooked neighborhoods. To make a real difference, investors in the city will need to engage with and put resources towards improving the communities they buy into.

This solution might seem a little extreme, given the costs and effort involved in community engagement. After all, why should a property management company bother to put money towards improving something beyond their building’s borders?

I’ll quote former HUD Secretary Shaun Donovan in answer: “Distressed and abandoned housing units are often havens for crime—and contribute to public safety concerns. In turn, no housing can succeed if it is surrounded by unsafe streets.”

Even price-conscious tenants will think twice before coming into a neighborhood they consider risky. If investors want to attract renters to an up-and-coming area, they will have to prove that the neighborhoods are indeed up-and-coming by providing support to community-centered organizations and engaging in revitalization efforts. The investment is worth the time and effort the real estate organization spends; once the area has improved, the incoming tenants themselves will better the area as they contribute economically to its stores and venues.

Moreover, a little intervention can go a long way. A recent study conducted by the Local Initiative Support Corp., an organization dedicated to revitalizing communities and providing affordable housing, suggests that low-income areas that receive high levels of community investment tend to have better employment and income indicators. The relationship between a neighborhood and its people is symbiotic; when the neighborhood flourishes, its residents thrive economically—and, in turn, draw in more mixed-income renters to contribute to the community.

LISC is a non-profit example, so I’ll return to Mosser Cos. for a final private sector case study. Over the last four decades, Mosser has deepened its ties to the communities it buys into. It recently partnered with a significant university endowment to develop a program for those looking to invest in high-potential neighborhoods near downtown Oakland and has specifically targeted properties near public transit and Lake Merritt. It sees its goals as threefold: to help tenants find affordable housing, to improve community living overall, and to make a return on its investment. They have achieved those marks many times over - in the Tenderloin, in Oakland, and even in Los Angeles.

San Francisco is locked in the midst of a housing crisis, yes. But the solution to sky-high rental prices and 90-minute commutes isn’t another sleek, modern and painfully pricey apartment tower. So, before investors in the Bay Area consider chipping in on a from-the-ground-up venture, they should take a closer look at the older and high-potential properties hiding in plain sight within traditionally underserved and overlooked communities.

If you are an investor, I ask you to put yourself in your prospective tenant’s shoes and wonder—wouldn’t a home you can afford to live in forever be preferable to the one you can only admire from a distance?

I would think so.