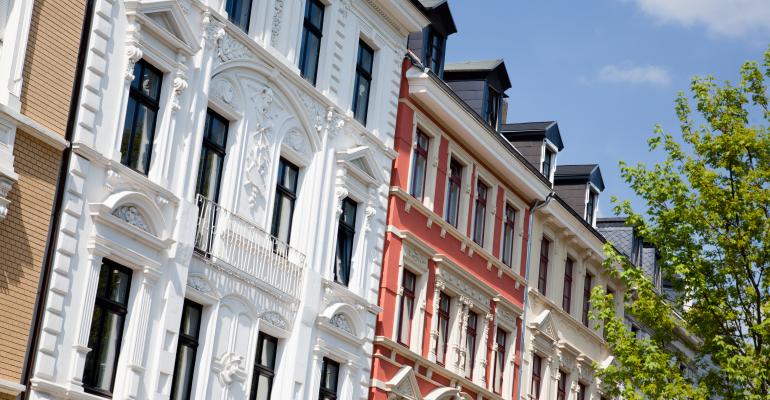 (Bloomberg)—Home-price gains in 20 U.S. cities decelerated in March for a 12th straight month, suggesting sellers have yet to fully adjust to buyers’ demands for affordable properties.

The S&P CoreLogic Case-Shiller index of property values increased 2.7% from a year earlier, the slowest since August 2012, data showed Tuesday. That was slightly above estimates though the monthly gain of 0.1% missed all analyst forecasts. Nationally, home- price gains slowed to a 3.7% pace.

Sellers are still struggling to attract buyers in some areas despite lower mortgage rates and more-sustained wage gains, with prices rising at less than half the pace of a year ago. Further weakness would suggest residential investment could drag down economic growth for yet another quarter, though eventually more attractive prices should help the market recover. Other data on housing have been soft or mixed. A government report last week showed the median price for a new U.S. home increased in April to the highest level since December 2017 while sales eased from the prior month. Existing-home sales, which make up the majority of the U.S. housing market, unexpectedly fell in April while single-family housing permits fell to the lowest level in almost two years.

“Given the broader economic picture, housing should be doing better,” David Blitzer, chairman of the S&P index committee, said in a statement. “Measures of household debt service do not reveal any problems and consumer sentiment surveys are upbeat. The difficulty facing housing may be too-high price increases,” which continue to outpace inflation, he said.

While all 20 cities in the index showed year-over-year gains, five were below 2%: Chicago, Los Angeles, San Diego, San Francisco and Seattle, which a year ago posted a 13% increase. Las Vegas led the nation in March with an 8.2% gain, followed by Phoenix. Prices in 14 cities rose from the prior month on a seasonally adjusted basis, while three were down and three were unchanged. An index by the Federal Housing Finance Agency showed prices rose 4.9% in March from a year earlier, according to a separate report Tuesday. The gain from February was 0.1%, lower than the median estimate of 0.2%.