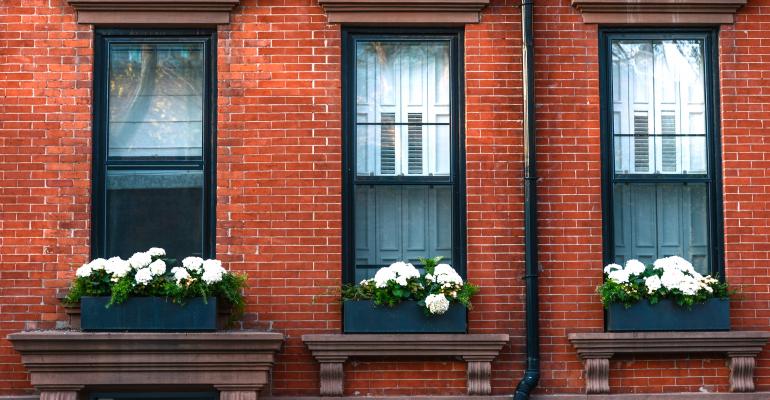 Multifamily developers can capitalize on a huge unmet need in the market by buying and renovating older class-B and class-C apartment buildings.

“What is missing in this cycle is the construction of apartments that can cater to people earning the median income,” says David Schwartz, CEO and co-chairman of Waterton, a multifamily developer and manager based in Chicago. “We have an affordability crisis.”

Developers like Waterton specialize in “value-added” projects that improve older buildings, raising the rents and attracting residents who want more than a typical, aging class-B or class-C property, but who can’t pay the kinds of rents currently being charged for new class-A apartments. These value-added projects benefit from the strong demand for apartments overall, without having to compete with the hundreds of thousands of more expensive, luxury units now under construction.

For example, this fall, Waterton will finish its renovation of Vida Hollywood, a 25-year-old apartment community in Hollywood, Calif., adding new amenities and appliances to the 345 units. Even after Waterton adds the usual granite countertops and improves the clubhouse, rents at the new Vida Hollywood will be $800 per unit less than the rents typically charged at new class-A apartment properties in Los Angeles, according to Schwartz.

A redeveloper might plan to spend $5,000 to $15,000 per unit on such properties, adding new amenities and appliances. But even after all that work, the renovated apartment still won’t be as desirable as a new class-A unit.

“Make sure a value-added class-B property is going to be below the rent of a new class-A property,” says John Sebree, director in the national multi housing group of brokerage firm Marcus & Millichap.

Redevelopers should also take care not to disrupt a good thing when they “improve” a fully-occupied class-B or class-C apartment building. These projects often do well in areas where employers are creating new jobs, with salaries high enough to pay higher “value-added” rents. Class-B and class-C communities are already doing very well in most parts of the country. The percentage of these apartments that are vacant is extremely low, below 3.0 percent in many metropolitan areas. “This is because developers do not often build class-B buildings,” says Barbara Byrne Denham, economist with New York City-based research firm Reis Inc.

She recommends that redevelopers focus on cities and towns where class-A rents are rising more quickly than the rents at lower grade properties.

The rising cost of class-B assets

Investors still pay significantly less for class-B and class-C apartment properties relative to income compared to class-A property prices. The cap rates investors accept when they buy class- B and C properties are now about 220 basis points higher than cap rates they accept for class-A assets.

“More and more investors are chasing these opportunities,” says Sebree. “There’s been a dramatic increase in sophisticated private capital looking for value-added investments.”

“I don’t think we’ll ever get back to a 120-basis point spread,” says Sebree. “But there’s still some room to move closer.”