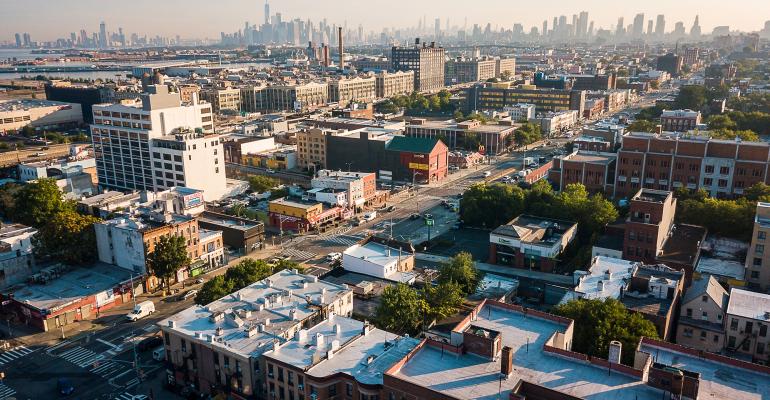 The alternative asset manager in in contract to purchase a portfolio of newly developed buildings from Bruman Realty.

(Bloomberg)—KKR & Co. is betting on Brooklyn apartments as the pandemic rattles the housing market in New York City.

The New York-based alternative asset manager is in contract to purchase a portfolio of newly developed rental buildings in Brooklyn from Bruman Realty in a deal that’s worth about $860 million including debt, according to people familiar with the matter.

KKR is partnering with apartment operator Dalan Management on the deal and will provide the bulk of the equity, the people said, asking not to be named because the matter is private.

Representatives for KKR and Bruman declined to comment. Dalan didn’t immediately respond to a request for comment.

The deal would be one of the biggest commercial real estate acquisitions in New York this year. The market has largely been frozen as the pandemic roils the economy. Second-quarter apartment transactions dropped 70% in the U.S. from last year, according to Real Capital Analytics.

Rental apartments have historically been considered recession-proof, performing well in times of economic turbulence as more people are priced out of owning homes. That thesis could best tested in the Covid-19 era with high unemployment and a sluggish recovery landing hard on renters.

New York’s rental market has taken a hit as younger residents, no longer tethered to offices, move back with parents and thousands of people flee the city for more space. Record low mortgage rates have fueled a surge in demand for homes, with potential buyers looking to the suburbs for properties with extra space for offices and remote learning.

In June, Manhattan saw the highest apartment-vacancy rate in nearly 14 years of record, according to appraiser Miller Samuel Inc. and broker Douglas Elliman Real Estate. That helped drive rents down.

To contact the editors responsible for this story: Craig Giammona at cgiammona@bloomberg.net