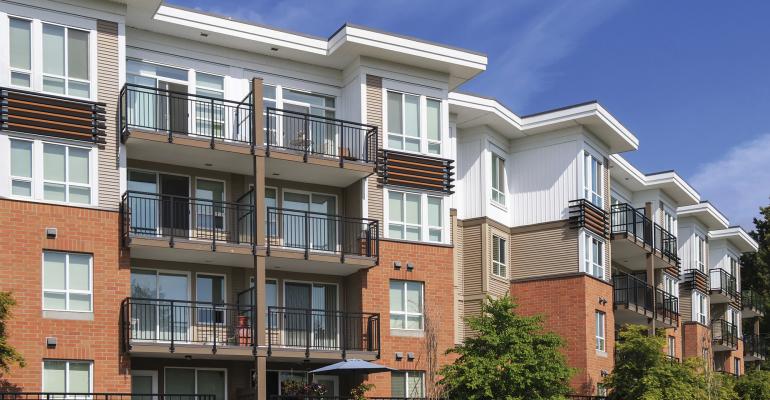 As the Fed softens its stance on interest rate hikes, multifamily investors are likely to take advantage.

Borrowers have an unexpected second chance to get low-interest financing to buy or re-finance apartment properties, thanks to growing worries about the slowing U.S. economy.

This month, officials at the Federal Reserve cancelled plans to raise benchmark interest rates in 2019, after a weak jobs report and lowered expectations for economic growth.

So far, the bad news for the broader U.S. economy has been good news for apartment building owners and investors. Interest rates for permanent loans on apartment properties went back to roughly the same level they were nine months ago, in the summer of 2018. Apartment sector experts now predict a flurry of deals, as buyers use low-interest rates to purchase properties and borrowers lock-in low rates on permanent loans.

Economists have predicted for years that long-term interest rates would finally begin to rise.

In the fall of 2018, that moment seemed to have come. Typical borrowers received interest rates of roughly 4.75 percent for permanent loans covering 75 percent of the value of typical apartment properties through the lending programs of Freddie Mac and Fannie Mae, according to Moyer. But by March 2019, those interest rates had fallen back to 4.25 percent.

Changes in the broader U.S. economy have been pushing the interest rates for apartment loans in difference directions. The yield on benchmark 10-year Treasury bonds swelled more than 30 basis points to reach 3.2 percent in September and again in November. Rates seemed likely to keep rising.

“Last year, all the forecasts were for 4.0 percent,” says Dave Borsos, vice president of capital markets for the National Multifamily Housing Council (NMHC).

Since then, interest rates have fallen back as Federal Reserve officials switched course and signaled they are likely to put off further rate hikes until after 2019. The benchmark yield on 10-year Treasury bonds was just 2.4 percent on March 25, the lowest level since January 2018.

The yield on the 10-year bond is now close to the yield investors receive on Treasury bonds with shorter terms, which economists call a “flat” or “inverted yield curve.” That’s often a sign that bond investors are worried a recession is coming that would make short-term investment riskier than usual.

Despite these worries, the apartment sector appears to be doing well. “People are looking at a continued, growing demand for apartments,” says Borsos. He cites a recent NMHC report that calls for 4.6 million new apartments by 2030.

With that in mind, investors are likely to use the lower interest rates to pay for a new wave of property purchases. The lower rates should also allow borrowers to take out larger loans. “The properties can afford more debt service—that allow buyers to get more aggressive,” says Moyer. “That should drive and continue to support pricing for multifamily housing.”

Lenders are also likely to compete to make these loans, cutting the spreads that they add to the interest rates of the loans.

“Because interest rates are low and are expected to stay low, lenders are also tightening their spreads,” says Moyer. “When lenders are confident the business is doing well and will do well for a while, spreads come in.”