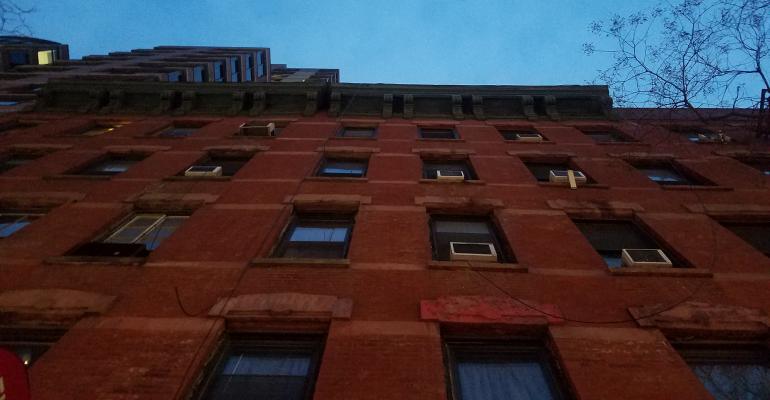 Manhattan Homebuyers Rewriting the Rules on Deals in Virus Era

Potential buyers are making low ball offers and asking for clauses to let them back out of purchases.

(Bloomberg)—Manhattan homebuyers were already calling the shots in deals before the coronavirus hit. Now they’re more in control than ever.

Some who signed contracts before the city shut down are demanding extra price cuts as a condition of closing. Others still shopping are making lowball offers and insisting on legal protections that, in this era of uncertainty, let them back out of a purchase.

Owners truly interested in selling have little recourse to say no -- a new normal that likely won’t end when the pandemic eases and new listings flood the market with the economy still in turmoil.

“I don’t see how it can snap back and just be the same, like a ‘pardon our interruption’ kind of thing,” said Jonathan Miller, president of appraiser Miller Samuel Inc. “We’re going to have to go through another period of price discovery.”

Manhattan’s real estate market had only just gained some footing after years in which sellers were clinging to prices that were out of tune with reality. Seeing purchases decline and inventory mushroom, they eventually came around, agreeing to discounts and other buyer concessions that helped make the first quarter the borough’s most robust period for home sales in almost three years.

Then the pandemic hit, shuttering most businesses, outlawing in-person home showings and backing sellers into a corner.

Not long before New Yorkers were ordered to self-quarantine, Douglas Elliman Real Estate broker Monica Luque listed a one-bedroom co-op for sale on West End Avenue. Just one couple came to see the vacant unit -- alone, using keys left with the doorman -- then made an offer that was far lower than what the seller hoped for.

“You have to say to yourself, this is not a normal time, this listing cannot be marketed the normal way,” said Jerry Gemignani, the Keller Williams broker who represented the buyers. “We believe it’s worth ‘X,’ but now we’re going to get a small discount on top of that.”

Since March 22, bids came in at an average of 13% below what sellers sought, according to a survey of 38 New York brokers by Fritz Frigan, director of sales and leasing at Halstead.

One Manhattan condo listed at $3 million drew an offer for 30% less, the survey showed. That owner declined, but the seller of a co-op asking $3.3 million agreed to a deal at a 26% discount. The broker for another apartment said clients are saying things like “I want to buy only when I see blood on the streets.”

The shutdown has emboldened buyers to seek additional price cuts even after they signed legally binding contracts.

Real estate lawyer Steven Matz said at least 15 of his clients have tried to get such reductions as a condition of proceeding with a closing. While the buyers would forfeit deposits if deals aren’t completed, they’re betting that owners would rather meet their demands than market their homes anew, he said.

“Many buyers think they have sellers over a barrel,” said Matz, whose firm, Katz & Matz PC, handles nearly a thousand New York closings annually. “The seller can pocket the down payment, but can they resell their apartment? Good luck doing that in the next six months.”

Developers of new condo towers, many facing lender deadlines to sell a certain number of units, also are throwing in perks to keep buyers from walking away, said Daniel Gershburg, a partner at Romer Debbas LLP.

Among deals he’s juggling are several at Brooklyn projects where, after contracts were signed, the builders agreed to drop the final price, throw in a storage unit or offer the value of a parking space as a credit toward closing.

“The buyers’ sentiment is, ‘Hold on, I bought this apartment in, literally, a different world,’” Gershburg said. “Sellers are thinking, ‘Oh my God, I don’t want to go back into this market right now.”

Buyers yet to sign contracts are insisting on so-called Covid clauses -- language that would protect them should any coronavirus-related fallout affect the deal, Matz said. He and several other New York real estate lawyers chat twice weekly on Zoom to go over the growing list of scenarios.

One possibility is that a buyer gets a bank commitment for a mortgage but becomes unemployed before the loan is dispersed. Should the bank renege on the loan, the buyer -- without the extra legal protection -- would still be on the hook to complete the deal or lose their deposit, said Andrew Luftig, a partner at Chaves Perlowitz Luftig LLP.

“Sellers aren’t thrilled with Covid clauses, but they realize they’re going to have to give them,” Matz said.

They might even protect owners. A contract rider that Luque’s co-op sellers included said the agreed-upon price won’t be renegotiated.

And yet, not everyone’s on board. Joe Colandrea was close last month to buying a downtown Manhattan studio. The owner cut 12% off the price and offered to pay the maintenance fees through next year. But when Luftig, Colandrea’s lawyer, insisted on a contract with Covid protections, the seller called the whole deal off.

Working with Douglas Elliman broker Rose Franco, he found another studio in the same building. He’s now in talks with the owner, who is offering to cover the cost of any pandemic-related delays.

“It is a breath of fresh air dealing with someone much more reasonable,” said Colandrea, 30, who works in software sales at Adobe Inc. “He understands the importance of a Covid clause for both the buyer and seller.”