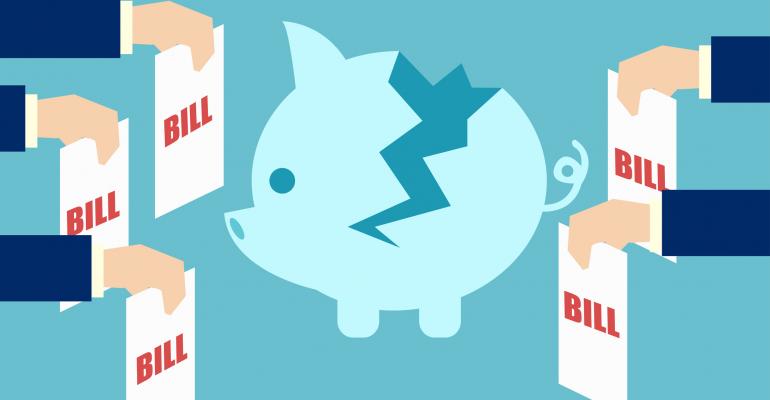 The percentage of loans in forbearance grew to 2.66 percent as of April 1, according to the Mortgage Bankers Association.

(Bloomberg)—The number of U.S. homeowners who have stopped making mortgage payments is surging under the federal government’s new forbearance program, according to a survey from the Mortgage Bankers Association.

The percentage of loans in forbearance grew to 2.66% as of April 1, according to the MBA’s Forbearance and Call Volume Survey. On March 2, the rate was 0.25%. For loans backed by Ginnie Mae, which serves low- and moderate-income borrowers, the rate jumped to 4.25%.

The increase came as the U.S. economy largely shut down to help stem the spread of the coronavirus. The government is requiring lenders handling payments on federally backed loans to give borrowers grace periods of as much as six months at a time with no penalties. Loan servicers say they’ve been flooded with borrowers requesting help.

Servicers are reporting that wait times for their customer service representatives jumped to almost 18 minutes from less than two minutes three weeks earlier, according to the MBA. It could get worse: As Americans lose jobs by the millions, mortgage companies say they’ll soon get overwhelmed.

The loan servicers, which are required to pay bondholders whether or not borrowers pay, are facing a liquidity shortfall that could be devastating for some independent mortgage companies. The MBA said that 3.45% of loans held by nonbanks have gone into forbearance.

Mark Zandi, chief economist for Moody’s Analytics, forecasts that as much as 30% of homeowners could stop paying their mortgages.

Borrowers with relatively low credit scores, many of whom live paycheck to paycheck, are most likely to seek relief. Over the past two years, Ginnie Mae has guaranteed $583 billion of 30-year mortgages with FICO scores below 715, according to data compiled by Bloomberg.

To contact the reporters on this story: Prashant Gopal in Boston at [email protected];