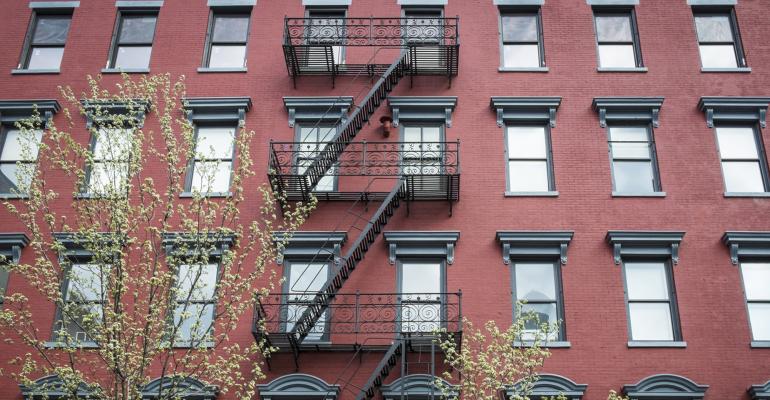 Multifamily Investors Continue to Accept Low Cap Rates, But for How Long?

Cap rates on multifamily transactions have not moved much since 2017, according to Real Capital Analytics.

Experts keep waiting for the yield to rise on multifamily investments.

At conferences, leading investors and industry analysts repeat the same question: “Are interest rates going to go up any more and will capitalization rates respond?” says Jim Costello, senior vice president with research firm Real Capital Analytics (RCA), who is currently making the rounds of the fall apartment conferences, most recently at the Association of Foreign Investors in Real Estate (AFIRE), held in September in Ellicott City, Md.

Benchmark interest rates have already risen more than half a percentage point in the last year—and they seem to be rising further this fall. But cap rates for apartment properties seem frozen in place. New buyers continue to step forward, paying high prices that keep average cap rates fixed at record lows.

Since the fall 2016, investors have accepted cap rates that average in the mid-5 percent range for apartment properties in the United States. Cap rates on apartment acquisitions have averaged 5.6 percent since 2017, with almost no movement, according to RCA data.

At the same time, the yield on benchmark rates like the yield on U.S. Treasury bonds have changed quite a bit—rising from their low point of less than 1.5 percent in the spring 2016 to a little under 2.5 for most of 2017. Treasury bond yields rose again, from under 2.5 percent to roughly 3.0 percent, when Congress passed its new tax law and through the spring of 2018. More recently, in September 2018, the yield on Treasuries began to move again towards 3.1 percent.

“We anticipate (assuming interest rates continue to rise) that cap rates will eventually rise with them… there is still time for cap rates to react,” says Andrew Rybczynski, senior consultant at research firm the CoStar Group.

The pool of potential buyers for apartment properties continues to be very large. If one investor is unwilling to pay a high price—and accept a low investment yield for a property acquisition—another potential buyer may be willing. “Some groups closing now are groups that were unsuccessful in the first half, but are successful now,” says CBRE’s McAuliffe. “Their appetite was unsatisfied.”

Investment sales volume in the apartment sector climbed again in August and is on pace to hit the record high annual volume of $159.1 billion seen back in 2016, according to RCA.

Apartment rents are not growing as quickly today as they did a few years ago. But rent growth and occupancy rates for rental apartments are still strong enough to attract investors, even if they have to accept low cap rates.

Although the pace of new apartment construction remains elevated, most markets continue to see demand that is in alignment with new supply, Chang notes. As a result, vacancy rates and rent growth remain favorable.

That said, there are pockets of U.S. facing over-supply risk, and in those areas the transaction activity has softened. Rents are also growing more slowly in markets across the country and that should put pressure on cap rates.