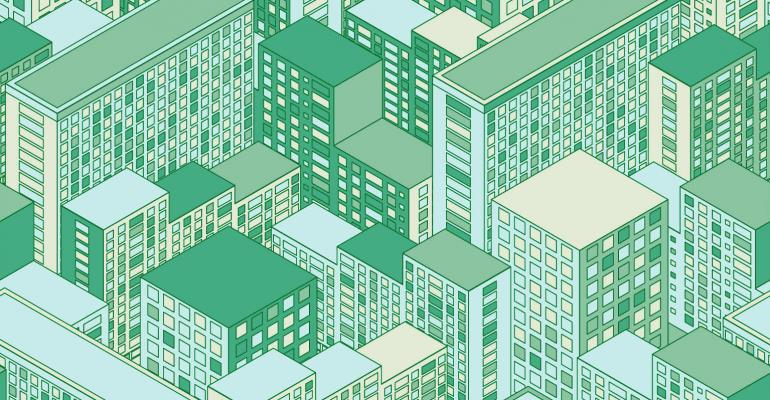 More than 80 percent of markets with rent regulation tracked by RCA saw a spike in cap rates over the past year.

Investors are starting to pay less for apartment properties in markets that have some kind of rent regulation laws on the books.

“These cities and towns have a propensity to try and regulate rents in an environment in which advocates are calling for more regulation,” says Jim Costello, senior vice president for RCA. “They are susceptible to toughening.”

Investors seem to have predicted that more rent regulation might be coming to municipalities that already have some rent control laws on the books.

Out of 58 unique markets in the U.S., RCA identified 12 that have some kind of rent regulation in place, using information from the National Apartment Association. The rent laws range from strict price ceilings to simple vacancy decontrol. These markets include a range of cities and suburbs in New York State and California, in addition to Washington, D.C., Northern New Jersey and Portland, Ore.

In many of the markets with rent regulation, the rules have been set for years, with no recent changes. “It’s not that market x implements rent control and six months later prices change,” says Costello. Instead, investors are responding to the potential that these cities might make their existing rent regulations tougher, he notes.

One example of this trend is New York City, where lawmakers re-wrote the rulebook for rent regulation in June 2019. The new laws make it much more difficult to substantially raise rents on rent-regulated units. There are also far fewer ways an apartment can now leave the rent regulation program.

“I think you will see a lot of pricing changes over the next couple years,” says Shimon Shkury, president of Ariel Property Advisors, a commercial real estate services and advisory firm. “The market is still evaluating the exact effects… We have started seeing some transactions, but it’s been very minimal.”

In Manhattan and New York City boroughs, apartment cap rates have increased by 30 basis points over the last year. Given the run-up in apartment asset values in recent years, that level of change is likely not enough to drive a wave of loan defaults, according to RCA.

Over the last few decades, rents on unregulated apartments rose quickly in New York City and property owners had a massive incentive to pry apartments out of New York’s existing rent stabilization program. The changes now make that particular kind of value-added investment play impossible. Some investors may be in trouble if they recently bought rent-stabilized buildings expecting to sharply raise rents as existing tenants left.

“They may not be able to pay their mortgages. That might lead to defaults,” says Costello. The stock prices of banks like New York Community Bank, which lent heavily to apartment investors, dropped sharply over the summer, after the new rent regulations became law. “It is clear that stock investors are skittish about banks that do a lot of apartment lending in New York.”