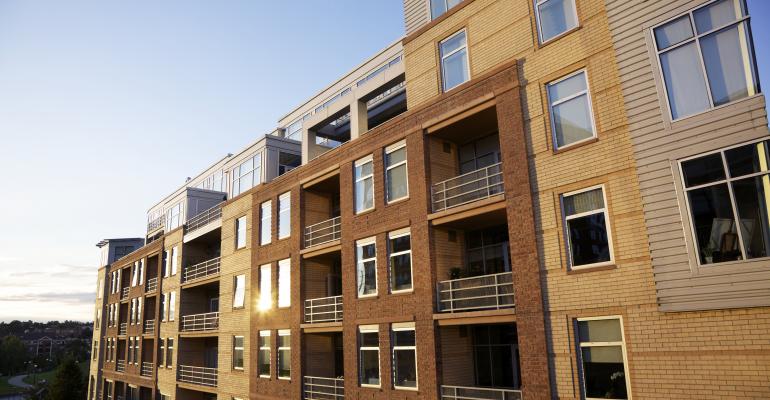 Multifamily REITs Are Once Again in Acquisition Mode

After taking a bit of a pause in previous years, multifamily REITs are net buyers in 2019.

“REITs have very much returned to the market,” says Andrew Rybczynski, senior consultant at research firm the CoStar Group.

After years of counting their pennies, REITs are once again major bidders for apartment assets. With their stock prices on the upswing, multifamily REITs are using the extra money to expand their portfolios. However, their overall acquisition volume is still below the levels seen earlier in the recovery.

“Any of these companies, if you ask them, they would love to buy more,” says Jon Miniman, portfolio manager with CBRE Clarion Securities. “They are trying to be disciplined from a buy perspective.”

Year-to-date in 2019, REITs have spent $7.1 billion on apartment building acquisitions, according to CoStar data. That is enough to make this the biggest year for REIT apartment acquisitions since 2014. “All the big publicly-traded REITs are buying more this year than they did in 2018,” says Miniman.

The REITs are also net buyers—they spent 53 percent more money to buy apartment properties in 2019 than they have sold, according to CoStar. “REITs are primarily interested in acquiring,” says Rybczynski.

“So, 2019 represents a bounce-back, and perhaps a harbinger of things to come,” says Rybczynski.

Prices on multifamily REIT shares were up by more than a quarter in November 2019 compared to the year before, says Miniman. The stock prices of many REITs are now 5 percent to 10 percent higher than the net asset value of the properties they own, he notes. That makes it a good deal for REITs to sell stock shares and buy new properties.

With that in mind, REITs are still treading carefully when it comes to new acquisitions. “They are more likely to accrue the top-quality properties and sell their lower-quality assets,” says Rybczynski.

“REITs returned to the tier one metros in a big way in 2019,” says Rybczynski. More than half (53 percent) of the money spent by REITs on apartment properties so far in 2019 has been in the top metros, according CoStar. Apartment investors overall have spent much less their money in the top markets—just a quarter (27 percent) so far in 2019.

Some REITs have found a sophisticated way to buy class-A properties in top markets at a discount. Many are buying new apartment properties that have not yet fully leased up. This can be a good deal for both the REITs and the project developers, who are often happy to move on to the next deal.

“Development equity capital has become a bit more precious—developers would rather get the money out,” says Miniman. “That [was] true throughout the cycle, but it’s especially true now.”