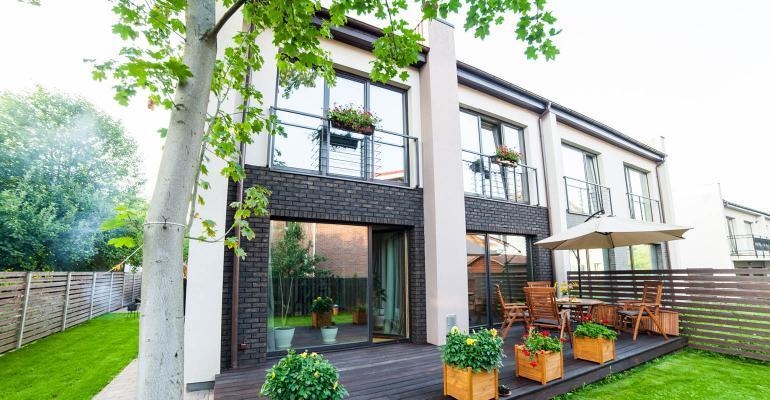 When REITs buy new buildings or start construction, they are showing a surprising focus on garden apartment properties.

Apartment REITs have significantly slowed down their acquisition and development activity, especially compared to earlier in this cycle. But when REITs do buy new buildings or start construction, they are showing a surprising focus on garden apartment properties.

Leading REITs were net sellers in 2017

Equity Residential, one of the leading apartment REITs in the U.S., sold more properties than it bought in 2017. The REIT sold five apartment communities, totaling 1,194 units, for a total of $355 million. It bought four, totaling 947 units, for $468 million.

Multifamily REIT acquisitions are making up a smaller piece of that shrinking pie. “REITs posted a declining share of overall volume for the year,” according to the latest report from RCA. Their purchases represented only 4 percent of the total dollar volume of apartment sales completed in 2017.

That’s a huge falling off from the pace of REIT acquisitions earlier in the cycle, when their stock prices were growing quickly. For example, in 2013, REITs accounted for 21 percent of apartment sales.

Garden-style apartment development is becoming a significant part of their current activity. In the third quarter, REITs were responsible for 3.1 percent of all construction starts for garden apartments, according to RCA. That’s up from 0.6 percent two years before.

Occupancy rates for less expensive, Class-B apartments, including many garden apartment properties, have been rising steadily. These communities are difficult to build. The large sites needed to create them have been increasingly difficult to find.

Multifamily REITs continue to have an advantage when investing in new apartment properties, but that advantage is shrinking. REITs can raise money from the stock market. Early in the recovery the prices investors paid for REIT stocks rose quickly, jumping by 27 percent in 2014, for example, according to the FTSE Nareit All REITs index.

The stock markets have been battered by volatility in early 2018, but by the end of February, the Dow Jones Industrial Average was still up 4 percent since the beginning of the year. REIT stocks were down more than 7 percent over the same period.

Strong demand for housing helps make up for overbuilding

REITs continue to invest in apartments because despite short-term challenges like weaker stock prices and overbuilding, the outlook for apartment demand looks strong for the next few years.

Developers have built more apartments than they can easily fill with residents in many top markets. “Our markets will experience another year of elevated supply, reduced pricing power and slowing revenue growth [in 2018],” says David Neithercut, president and CEO of Equity Residential.

But demand for apartment rentals continues to grow, and the supply of new apartments hitting the market has begun to taper off. “The outlook in our coastal markets with high cost of home ownership will soon improve significantly as new apartment supply reduces while favorable demographics, low unemployment and rising incomes continue to produce extraordinarily strong demand,” says Neithercut.