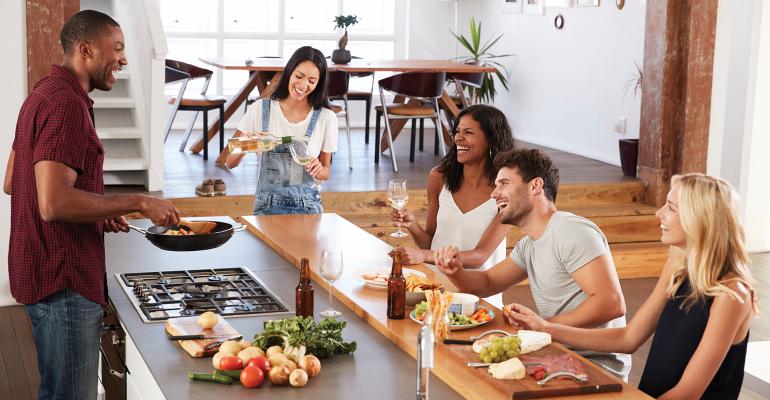 Simon Koster has jumped from JDS Development, a luxury condo builder, to co-living company the Collective.

(Bloomberg)—A developer of some of Manhattan’s costliest and tallest condo towers is shifting to the opposite end of the housing spectrum -- building affordable, communal rentals.

Until last month, Simon Koster was a principal at JDS Development Group, the firm constructing a Billionaires’ Row skyscraper where a penthouse is listed for $57 million. Now that the world’s ultra-wealthy are no longer clamoring to buy lavish spreads in the city, Koster sees a bigger opportunity to serve those shut out of the luxury boom.

He started on Oct. 28 as head of U.S. development for the Collective, a London-based co-living company that’s seeking to expand in New York and across the country while addressing affordability issues in some of the priciest locales. Tenants at the firm’s properties rent private bedrooms with bathrooms but share amenities such as kitchens and living rooms.

The apartments come furnished, and leases can be short and flexible. That makes housing accessible for young professionals moving to a new city to start a job, Koster said.

“There’s an entire segment of the population in the residential marketplace that is really underserved,” he said in an interview.

The firm opened its first U.S. site -- the Collective Paper Factory in Long Island City, Queens -- on Nov. 1, in a century-old building that used to be a hotel. Renters can stay for a maximum of 29 days.

Rates for that full term start at $2,300 and include Wi-Fi, utilities and services such as professional cleaning and linen changes. By comparison, the average monthly rent for a studio in Long Island City was $2,757 in September, according to brokerage MNS. And that standard rental would also require a security deposit and possibly a broker’s fee.

Rather than open in existing properties, the Collective’s focus is to buy land and build projects specifically tailored to co-living, where year-long leases are possible, Koster said. Brooklyn developments -- in Williasmburg and Bedford-Stuyvesant -- are under way and expected to be completed by 2022. Properties in Miami and Chicago will also be ready that year.

It’s part of the Collective’s wager that sky-high housing prices in the world’s major cities will propel co-living from niche to mainstream. Last month, the firm announced an effort to raise 650 million pounds ($825 million) for a fund that will buy and build communal housing in London.

The Collective probably will start a similar fund for U.S. projects, said Koster. His previous firm developed Walker Tower in Chelsea, where a penthouse sold in 2014 for $50.9 million, a downtown record at the time.

“Income inequality and housing affordability -- we talk about all these as if they are just the state of things today, but these really are problems and they are getting worse,” he said. “This truly offers a solution.”