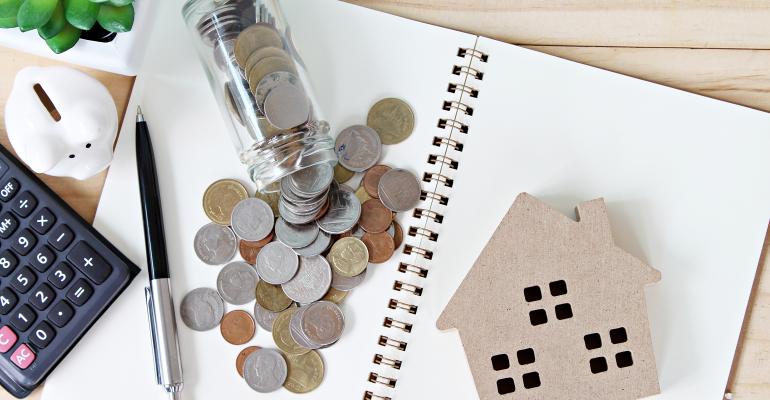 One start-up is allowing renters to pay a small monthly insurance policy in lie of a security deposit.

As policy makers nationwide search for an answer -- tinkering with proposals ranging from comprehensive rent control to rezoning -- one start-up has put to work an idea that makes things cheaper immediately: eliminate the security deposit.

Entrepreneur Ankur Jain, a millennial whose venture capital firm aims to alleviate the financial crunches saddling his generation, is the co-founder of Rhino, a company that allows renters to pay as little as $2 a month for an insurance policy that can be used in lieu of a security deposit.

Landlords including Starwood Capital Group, UDR Inc. and Moinian Group have already signed on to use the insurance, offering the option to tenants in major metros such as New York City. Nationwide, about 300,000 tenants are currently using a Rhino policy instead of a deposit, Jain said.

The firm announced it’s aiming for an even larger buy-in. It released a policy proposal, directed at U.S. legislators and 2020 presidential candidates, that would require landlords nationwide to offer such insurance, or allow deposit installment payments, as a way to offer relief from the upfront burdens of renting. It would also mandate that security deposits be transferable, following a tenant who relocates from one rental property to another.

“You can save thousands of dollars in rent and you can unlock all this money back into the economy and everybody wins,” Jain said in an interview. “Landlords are still protected, tenants save money and the money is free to be spent on health care, student loans or anything else.”

The firm also announced last week that it raised $21 million in Series A funding, from venture capital firm Lakestar, and Kairos, the venture firm run by Jain.

The Moinian Group, which owns and manages 3,000 apartments in New York City, is also an investor in the insurance product, according to Mitchell Moinian, senior vice president at the firm. The landlord offers the insurance at all of its rental properties, he said.

“These days, land prices, construction prices, rent regulations, taxes -- all these things are so high that rent can’t really be drawn down to attract renters or make them more happy,” Moinian said. “It doesn’t happen. So we have to work with all other kinds of new applications.”

Offering deposit insurance “was a good way to make it more affordable for people wanting to live in our full-service luxury buildings,” Moinian said.

“Many markets have adapted to using alternative security deposits,” said Amy Groff, senior vice president of industry operations at the National Apartment Association. “This is a way to attract more prospective residents and makes it easier for them to move in, less money required.”

Like down payments on homes, security deposits are seen by landlords as an indication of financial health, so doing away with them could be a possible downside of an insurance alternative, even though landlords are financially protected, said Rick Haughey, vice president of industry technology initiatives at the National Multifamily Housing Council, a federal landlord advocacy group.

Jain, 29, spoke with Bloomberg in an interview:

How did you come up with this product?

“Most renters today don’t have the ability to save enough money to even enter the rental market. You’re talking about people putting up thousands of dollars in security deposits just to move in -- on top of your first month rent and, if you’re in New York, a broker fee, and it just adds up. To us, it made no sense.

“The first question we asked: Is there really that much loss in this business that you need to take everyone’s money? The short answer is there’s not. So landlords are locking up today $45 billion of cash from everyday American renters that sits in escrow accounts, doesn’t generate interest, isn’t being invested in the local economy and it’s holding people back.”

“We decided there’s gotta be a better way. We realized that security deposits are essentially insurance -- but they’re requiring every renter to pay the entire risk premium instead of how it should be, which is taking that risk and spreading it across the population.”

How much is saved?

Based on estimates of average rents in metropolitan areas across the U.S., Rhino says that American renters are paying $45 billion in upfront security deposits. This year, Rhino has 300,000 insurance contracts out -- saving renters an estimated $60 million in locked-up cash deposits, according to the company’s proprietary figures.

“Landlords care about having the protection and the coverage in case of losses -- they don’t actually benefit from holding the money. That’s why this works so well, because of this win-win model.

“If we can reduce housing costs in America by $45 billion over next two years -- that is the single-largest change to the housing cost system without any losers,” Jain said.

“Traditional security deposits will be a thing of the past within the next two to three years. Totally.”