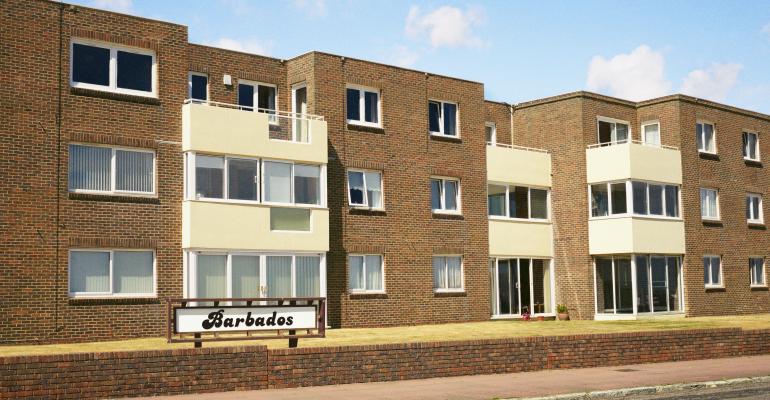 While many tenants were able to pay rent in April, continuing shutdowns mean more federal assistance might be necessary to help workers forced to stay at home.

Class-C apartment tenants have been badly hurt by the economic shutdown precipitated by the novel coronavirus, crushing their ability to pay rents, thereby putting strain on those properties’ owners to continue to cover costs and mortgage payments.

More than 22 million Americans have filed for unemployment in recent weeks. Others are working on reduced hours. Large parts of the U.S. economy remain shut down as states have ordered non-essential businesses to keep closed.

The CARES Act passed by Congress did include expanded unemployment insurance—up to $600 per week on top of what states normally pay out and extension of benefits to workers previously not eligible. For some workers the weekly payouts on unemployment now may exceed their normal take-home play.

“State unemployment benefits obviously will help these households over the near term, and additional federal money provided by the CARES Act for a short period helps too,” says Greg Willett chief economist for RealPage, Inc.

But obstacles have remained. State systems are overwhelmed and many workers have had difficulties getting benefits approved and paid out in the past month. There have been stories across the nation of unemployed workers attempting to call unemployment offices hundreds of times a day to no avail.

In addition, the CARES Act also included one-time cash payments to most Americans—up to $1,200 per adult and $500 per child—but that money has been slow to get out to the people that need it most. Americans that had filed 2019 taxes and had direct deposit information on file with the government have received payments. But others that have not filed yet (or who have not been required to file at all) have not received payments. Others that don't have direct deposit information on file with the government are waiting on physical checks to be mailed out—a process that was delayed by the decision to add President Trump's name to the "memo" line on the checks last week.

“Given the industries hit hardest in recent job cuts include the hospitality and retail sectors, loss of income has been especially prevalent in the class-C property renter base,” Willet says. “That’s especially problematic when few of these households have any financial cushion to fall back on.”

So far the pain has been contained. The majority of class-C renters were able to make April rent. Of the household who live in class-C properties, 79.7 percent had made payments in the period from April through April 12, according to data from RealPage.

That's closed to the overall rate of 84 percent of apartment households that had made a full or partial rent payment by April 12, according to NMHC’s survey of 11.5 million professionally-managed apartments in the U.S. For the industry as a whole, however, the April figures are six percentage points below the 90 percent of renter household who had made payments by April 12, 2019 and seven percentage points below the 91 percent of renters in March 1-12, 2020.

“We are pleased to see that it appears that the vast majority of apartment residents who can pay their rent are doing so,” says Doug Bibby, president of National Multifamily Housing Council (NMHC).

However, many experts are concerned about what May figures might look like unless more tenants can go back to work, access expanded unemployment measures or receive their stimulus payments. There are also growing calls for a slow-moving Congress to pass a new round of aid for renters and owners.

“The length of the health crisis obviously influences the outlook for class-C renters and the owners of the apartment properties that they live in,” says Willett. “These renters need to seek work at a time when most are being told to shelter-in-place for health reasons, and few have experience in the types of employment fields where working from home is possible.”

Class-C renters already carry much economic cost of social distancing measures imposed to fight the spread of the coronavirus. “A lot of the strain in our economy is in the working class… a lot of the service workers and lot of the retail restaurants and bars,” says John Sebree, senior vice president and national director of Marcus & Millichap’s National Multi Housing Group.

Many of the renters who live in class-C properties have relatively few resources even during good times. One in four renters in the U.S. (10.9 million) spent more than 50 percent of their income on housing in 2018, according to a 2020 report from the Joint Center for Housing Studies of Harvard University.

Many of these cost-burdened people live in class-C apartments. By definition, they cannot be living in either government-subsidized affordable housing or in institutional investment quality class-A or class-B apartments—both of which require residents to earn several times the annual rent they agree to pay when they sign a lease.

To help vulnerable renters survive the crisis, many are now protected by a variety of federal, state and local rules that prevent property managers from evicting residents for unpaid rent during the corona crisis, though housing advocates say not all renters are protected and that residents who fall behind in rent may still lose their housing once the moratoriums expire.

"We need a national eviction moratoria rather than this piecemeal approach," says Elayne Weiss, senior counsel for the House Financial Services Committee at the U.S. House of Representatives. "We are worried that there is going to be a wave of evictions in a couple of months."