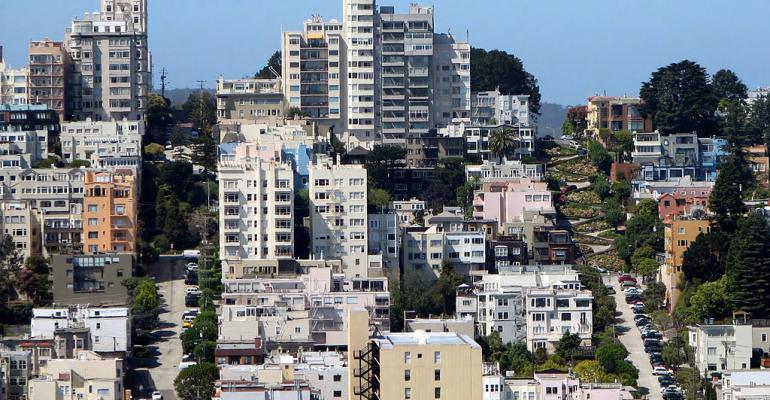 State Senator Scott Wiener has proposed a bill that would force California cities to allow the construction of more housing.

(Bloomberg)—A fight over how to fix California’s worst-in-the-nation housing shortage is about to heat up again in Sacramento.

Late on Monday, State Senator Scott Wiener unveiled the latest version of his bill that would force cities to allow more homes, particularly around transit and in areas with lots of jobs. After the measure stalled last year because of resistance from suburban legislators, he retooled it so municipalities have more control over how to comply with the law.

The legislation, called S.B. 50, is seen as one of the most ambitious efforts to ease a chronic shortage of homes in the most populous U.S. state. Decades of bad government policy and local opposition to building have pushed real estate values beyond reach for millions of Californians as job growth outpaces construction. The median house price is almost $600,000, more than twice the national level.

Pressure is mounting on the governor and legislators to take more aggressive steps on the issue. Rising rents are driving the state’s homelessness crisis and affecting businesses in the state, with some firms choosing to relocate staff elsewhere. As workers struggle to find places to live, even deep-pocketed Silicon Valley tech giants Google, Facebook Inc. and Apple Inc. are now pledging to help.

S.B. 50 aims to boost supply while also promoting denser development that could help the state fight climate change. Cities would have two years to decide how they would adhere to the legislation -- flexibility that Wiener added after discussions with local officials who wanted to tailor changes to their communities. Municipalities would still have to meet the state’s overarching goals and allow for at least as much new housing as the bill’s baseline provisions.

“A city could not say we’re going to just push all of our upzoning to some remote area that’s not connected to jobs or transit,” Wiener, a Democrat, said in a conference call with reporters.

Forcing communities to accept denser development has proven unpopular in some parts of the state. Several suburban cities and neighborhood groups opposed S.B. 50 last year and the bill was tabled in May, delaying a vote on it until this year. Wiener now has to build enough support so the measure can exit the Democrat-controlled senate by the end of the month, or else it dies.

S.B. 50 “is the flag-bearer for land-use reform,” said David Garcia, policy director at the University of California Berkeley’s Terner Center for Housing Innovation.

“It’s going to get a lot of attention in January, because it has to move out of the Senate,” he said.

Governor Gavin Newsom -- who campaigned in 2018 on a pledge to build 3.5 million homes in the state -- said he was “disappointed” that the bill was blocked last year, but has stopped short of endorsing it. His support was critical in the passage of a separate housing measure in September that caps annual rent increases and provides more protections for tenants.

California struggled to make progress in adding supply during Newsom’s first year in office. Through the first 10 months of 2019, the state added about 90,000 new units of housing, far short of the 180,000 annual pace that officials say is needed annually to meet projected population and household growth.

S.B. 50 is far from a quick fix to the state’s housing problems, and giving cities two years to come up with plans for adding density will only delay changes further. But Wiener was quick to defend the amendment as “modest” and a necessary part of building support for the legislation.

“I would love to see millions of homes come into existence in California, like, yesterday,” he said. But, ultimately, “this is a very significant change to how we do land use in California, and it’s not surprising that at some point a delayed implementation would enter the bill.”